Monday April 23, 2012 was a reminder that wind erosion can be a serious issue in Ontario (photo 1).  Soils are most vulnerable to wind erosion when they are bare or when crops are newly emerged. 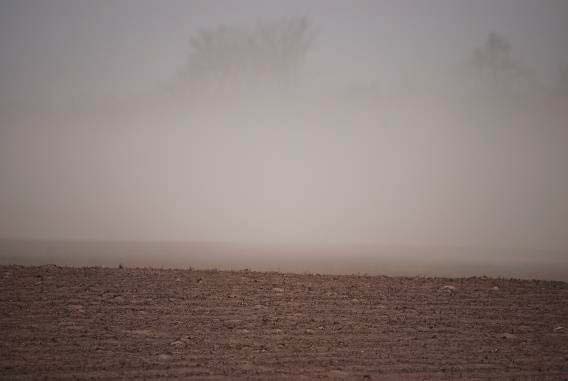 Wind erosion creates a nuisance which must be cleaned up (photo 2).  Wind erosion also affects the current crop by exposing seed and sandblasting leaves of emerged crops.  Wind erosion can also create long term negative effects including loss of nutrients from soils, loss of organic matter and loss of productivity. 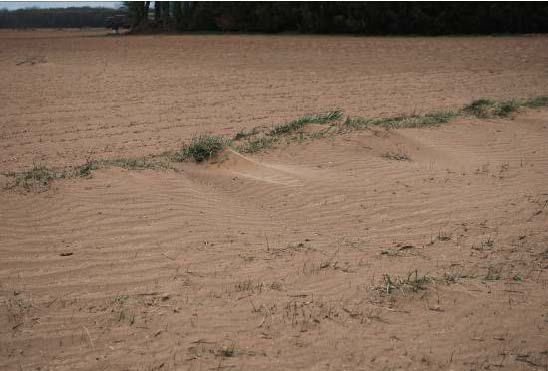 It doesn’t have to be so.  Preventing wind erosion uses similar techniques to preventing water erosion.  A windshield survey on Monday April 23, 2012 indicated that fields with about 30% residue cover did not have visible soil movement (photo 3) compared to fields with little to no residue on the surface (photo 4).  Just a little bit of residue cover can make a big difference in the amount of wind erosion loss in a field.  Farmers should aim for 30% residue cover after planting to reduce both wind and water erosion significantly. 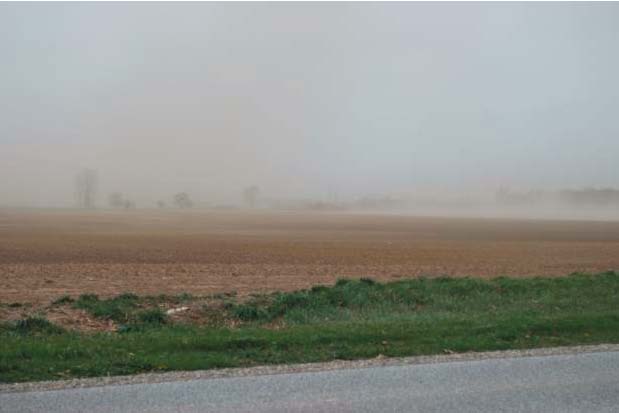 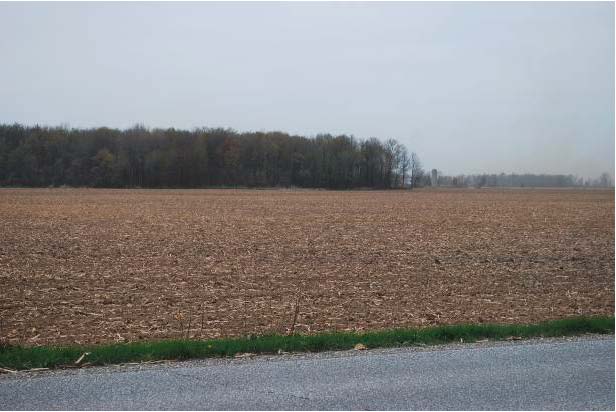 Photo 4: A field with roughly 30% residue cover during the April 23rd, 2012 wind storm. Note that the corn stalks have blown off the field, but there is little visible soil movement.