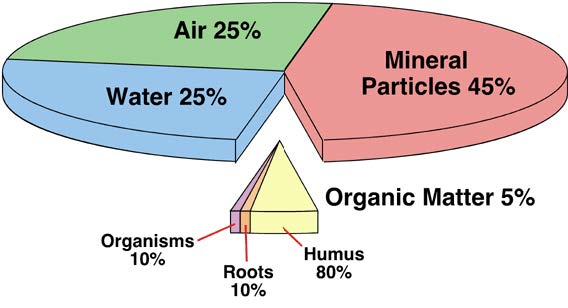 Soil compaction can severely impact the productivity, profitability and environmental consequences of farming today. These impacts include:

Soil Compaction should be a simple concept to understand and predict, but it definitely is not. Wikipedia defines compaction as “in geotechnical engineering terms, soil compaction is the process in which a stress applied to a soil causes densification as air is displaced from the pores between the soil grains. When stress is applied that causes densification due to water (or other liquid) being displaced from between the soil grains, then consolidation, not compaction, has occurred.” Simply put, soil compaction reduces the amount of pore space available in the soil to hold air, water, and allow root growth.

An example of compaction and consolidation at work is in road building: soil is removed and replaced with various materials such as rock, gravel, sand, concrete, asphalt and even steel rebar. These various layers are purposely compacted to consolidate the road to carry weight. Even under these engineered conditions, governments assign axle and/or total weight limits to roads because of the damage that excess weight and continued traffic can cause. Even in roads, too much load will destroy the structure.

Ideally soils have the makeup displayed in Figure 1. Compaction changes the relationship between these components of soil, by reducing the relative amount of pore space.

In an agricultural context, soil compaction is relatively easy to understand but much more difficult to predict the outcome. Just like a road, if weights of farm machinery are continuously increased, the soil will eventually fail, and compaction will occur. The easiest way to avoid soil compaction then, would be to keep off the soil. Of course, this is not possible. Crop farming necessitates equipment crossing the landscape.

Soils with high organic matter (OM), and good aggregate stability are less susceptible to soil compaction. Organic matter levels and aggregate stability are primarily a function of long term management. Agriculture has caused a general decline in soil health over time, with the speed of this decline increasing. Shorter crop rotations and less livestock result in less plant diversity (especially loss of perennial forages), and reduced return of manures to the soil compared to previous systems. Narrow two or three crop rotations have been occurring for over 80 years in parts of Ontario. This results in reduced “soil life”. Soil life is a critical component in providing resiliency to soils, and the ability for soils to recover from damage.

The interrelationship of soil texture, soil health and soil moisture make the prediction of compaction extremely difficult. This dynamic is constantly changing as soils wet and dry, warm and cool, are tilled or left in perennial crops. The potential for soil compaction on any given soil is not a Yes/No result: it is a degree of Yes! No soil is fully resistant or susceptible, it is degrees of susceptibility based on all the factors listed above. The specific conditions at that moment will determine if the load applied (weight of equipment used), will cause compaction. This makes our decisions very difficult.

To reduce the risk of soil compaction, the main target of every grower should be to improve soil health. This topic is dealt with in many other publications, thus will not be covered here.

In order to minimize compaction, the goal on any field should be:

Figure 3 shows that compaction risk increases more rapidly with wet soils at any given axle load.

Figure 6 shows how multiple passes in the same track can increase compaction. 80% of compaction is done in the first pass. This is why maintaining traffic in the same path is recommended.

Figure 7 shows the traffic pattern of a combine during harvest in a field as determined by Ohio State University research. It does not show the additional traffic caused by the movement of the grain buggy. It is obvious that a great deal of the field receives traffic, and much of it, multiple times over the course of a season. So since its difficult to reduce the traffic unless we move to controlled traffic practices, we need to ensure we strive to reduce the load and ultimately travel in the field only when soil conditions are suitable.

The diagonal lines in Figure 8 show the impact of spring compaction from an Ohio State University Soil Compaction Study. These compacted lines continue to be visible throughout the entire growing season. Compaction does not correct itself quickly and its impacts can be substantial and long term (Figure 9).

Figure 10 shows axle weights for some implements, some of which are very high and are increasing every year as equipment gets bigger. However, equipment weight changes for many field operations in a cyclic manner. Weight comes off in implements such as manure spreaders, sprayers, and planters as they unload, while it builds up in forage boxes, combines and grain buggy’s as they fill. This ever-changing weight during field operations makes the potential and severity of compaction vary across the field. Other implements like tractors, balers and forage harvesters do not change in weight as field operations continue, thus the potential and severity of compaction will be more consistent for these implements.

The final consideration is tire pressure. Tires on equipment can be sized to carry the load at reduced tire pressure, which reduces the risk of surface compaction. New tire technology improves this capability. However, speed impacts the required tire pressure. A loaded manure tanker travelling at 8 km/hr in the field might only need 15 psi to carry the load. That same loaded manure tanker travelling at 40 km/hr down the road might require 40 psi. If the manure tanker is operated in the field at 40 psi (road pressure), the risk and severity of surface compaction goes up dramatically.

In this instance, new tire technologies and adoption of central tire inflation systems can have a very significant impact in reducing soil compaction potential. These inflation/deflation systems allow for the appropriate air inflation in the tire at all times (ie road vs field weights and speeds).

This also increases operational efficiency of equipment between road and field conditions. One consideration is the cost (capital and operational) of different tire technologies and inflation/deflation systems. Every grower needs to evaluate the costs of different options and determine the best solution for their operation. For example, new tire technologies may allow tire pressure at road speeds to be reduced substantially compared to current tires, ie 25 psi vs 40 psi, thus the unit can be operated at 25 psi both road and field. While better than current radial tires, the inflation pressure may still be too high for field travel for the weight carried. Another option is inflation/deflation systems which may allow in field tire inflation to be 8-15 psi, while keeping road inflation at 40 psi. These are decisions that farmers have to come to on their own based on various criteria unique to their operations.

Every farmer should be looking at all the ways they can minimize the potential for causing soil compaction in their fields. The content of this paper should help you to consider the various options you can utilize to enhance productivity and avoid or reduce soil compaction.