I realize it has been a difficult planting season to say the least.  But one issue that growers need to consider is that spring canola fields planted later than the first week of June are at significant increased risk of experiencing swede midge damage.  Research conducted by Rebecca Hallett at the University of Guelph found that these later planted spring canola fields are in a much younger crop stage when the larvae are actively feeding.  The larvae secrete enzymes in their saliva that breakdown plant tissue, causing the plant to become stunted and malformed.  If this damage occurs during the rosette or bud stage, before the plant can bolt and produce racemes, there is little to no flower production and therefore no pods or yield. 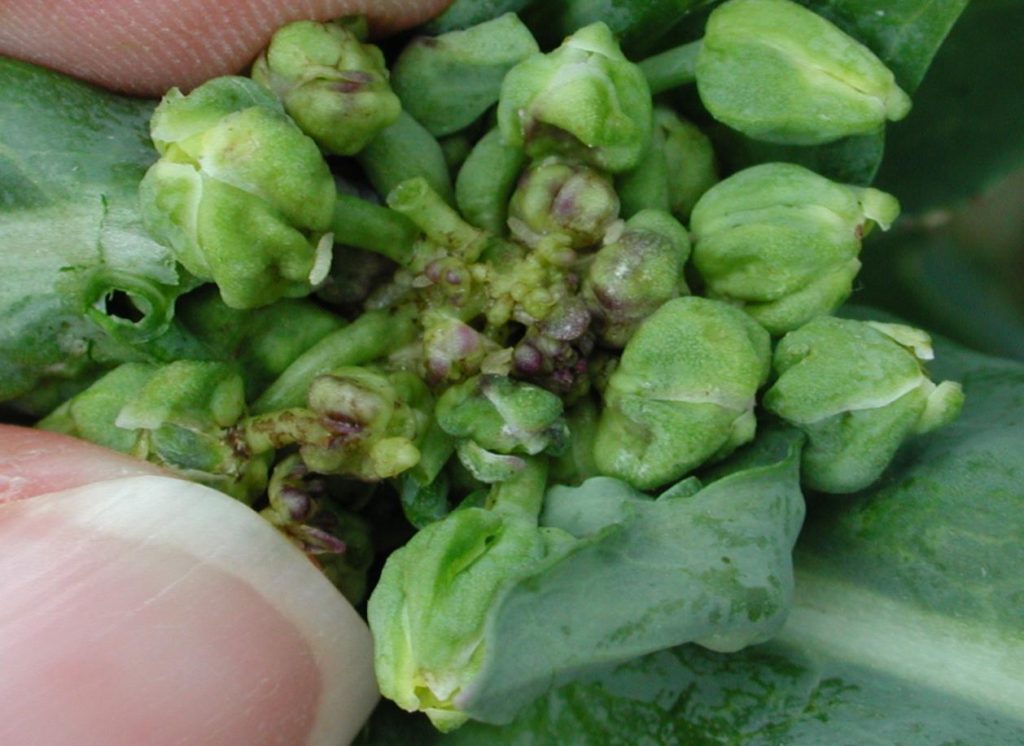 In fields that have not been planted yet that have a history of swede midge injury, consider planting a different crop that is not a host to this pest.  Rotating out of canola and other crucifer crops for at least 2 or more years, including neighbouring fields within 1 km, will help reduce populations since swede midge are such poor fliers. In late planted (Late May/Early June) canola fields with a history of swede midge, consider applying a foliar insecticide application during bud-stage, just prior to stem elongation to protect the plant from injury so that bolting can still occur.  No foliar insecticides are currently registered for swede midge control in canola.  Research trials at the University of Guelph did find that an application of Matador during the bud stage did protect the plants from damage.