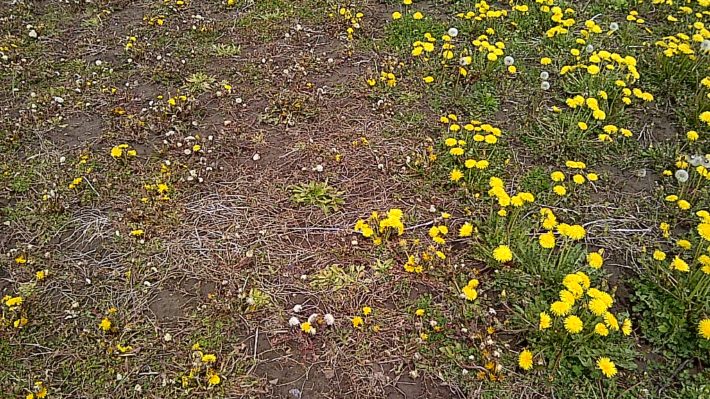 Mike Cowbrough May 10, 2012 3726 Comments Off on Pre-plant dandelion control in soybeans
Soybean

The majority of growers, crop consultants and researchers will tell you that it is always better to manage dandelions in the fall then in the spring. Fall management simply is more effective. The photo below clearly illustrates this point. The outside rounds of this field were managed last fall and there is an obvious difference in the level of dandelions within this field in early May. Dandelions in the outside rounds of this field were managed the previous fall while the rest of the field was not. Photo taken on May 10, 2012

However, if you were unable to control dandelions in the fall, by early May those fields are usually a sea of yellow. And since there is only so much dandelion jam and ice cream one can make, when soybean planting is imminent you want to remove those dandelions as quickly as possible.

Scenario 1: My goal is to have the best control at the end of the season.

If the priority is to maximize the control of established dandelion and have residual control to inhibit germination of seedling dandelions then one of the best treatments for doing so, based on public research trials, is the combination of glyphosate and chlorimuron (Products include: Guardian, glyphosate + Classic or glyphosate + Chaperone). I cannot stress enough that this is not a fast acting treatment and often takes 2-3 weeks before you start seeing some decent control. Glyphosate (360 g/L) at 2 L/ac is also slow but effective at controlling established dandelions. Glyphosate will not inhibit germination of new seedlings. The information below shows a breakdown of all pre-plant herbicide treatments tested in public research trials for the control of dandelion. It is important to note that with the exception of chlorimuron (Classic, Chaperone) and Amitrol 240, all other herbicides tank-mixed with the 1L/ac rate of glyphosate (260 g/L)  did not improve the control of dandelion when compared to the 1 L/ac rate of glyphosate (360 g/L) on its own. Therefore if you find value in those tank-mix partners for other weed issues, you will need to increase the rate of glyphosate to get adequate dandelion control.

Ranking of herbicide treatments for control of established dandelion at 8 weeks after application:

Scenario 2: The dandelion pressure is horrific! I just want to burn it off as quickly as possible so that I can plant into a semi-decent seedbed.

If you were to walk into any one of these trials at 7-10 days after application certain treatments would stand out, specifically glyphosate tank-mixes that include a group 14 herbicide such as Eragon (saflufenacil) or Valtera (flumioxazin). Herbicides in this particular mode of action will burn leaf tissue very quickly and the results are visually appealing when compared to either glyphosate alone or glyphosate + chlorimuron (Classic, Chaperone). The pictures below were taken yesterday (May 9, 2012) from a comparative trial at the Elora Research Station. However, our experience has been that when dandelion control is evaluated later in the season, the slower acting herbicides ultimately provide better control. dandelion control at 10 days after an application with glyphosate 360 g/L at the 2 L/ac rate. the difference in dandelion control at 10 days after an application of Guardian (left) compared to Guardian Plus (right). 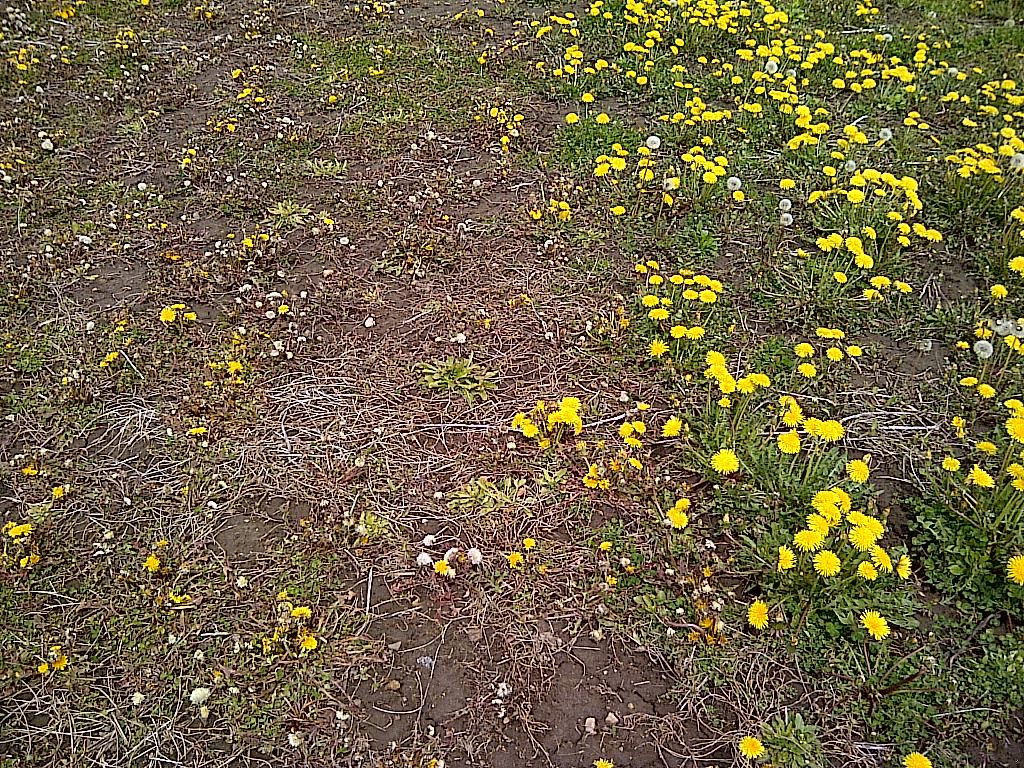