The weather is certainly warming up and it looks like the forecast is for more of the same.    Things are getting busy and I’ve got a few things to talk about this week.  The first is the start of the Western Bean Cutworm Trapping network.  Traps should be set up this week and the data should start coming in soon.  Since there has been an early start to the season for some of our migratory moths, we may see some early trap catches from the moths coming into the area from south of the boarder.  Our over wintering local populations should come out a bit later.  Weekly updates on trap catches will be posted on The Canadian Corn Pest Coalition’s website: www.cornpest.ca. 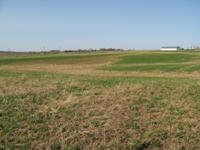 There have been some reports of grub damage in hay fields, pastures and forage crops this spring, mostly on sandy soils. Check out Joel Bagg’s latest article for information on grub damage and management options: https://fieldcropnews.com/?p=2786

What’s in Your Cereal?

I’ve been hearing some talk about cereal aphid numbers getting fairly high in some wheat fields. Typically aphids aren’t a serious problem in wheat since beneficial insects are very effective at keeping the numbers in check.  I’ve had the scouts take a look at some wheat fields and they reported aphids present but not near thresholds.  If populations are getting above thresholds then it may be time to consider an insecticide treatment. I’ve posted a previous article on the blog about cereal aphids with some updates: https://fieldcropnews.com/?p=2902

The cereal leaf beetles are out there and some reports of adults and larvae have been coming in.  Although natural enemies do a good job of keeping these insects under control, it’s a good idea to scout for them if you are on sandy soil and/or have had problems in the past.  To scout for this pest examine 20 plants in five locations across the field. It is important to scout various areas of the field, as CLB tends to be unevenly distributed across the field. Record the number of beetles and larvae found per plant. Scout every 5 days, as damage can increase dramatically within days. One CLB adult or larvae per stem warrants control, especially in the earlier stages of the crop (before heading).

I’ve had one report of true armyworm larvae found in wheat and the scouts found some as well so it looks like the time has come to start scouting. For a refresher on true armyworm identification, scouting and thresholds check out the following link: http://www.omafra.gov.on.ca/english/crops/pub811/13cereal.htm#tarmyworm

Some reports of black cutworm damage are coming in So far mostly leaf feeding on the 1st or 2nd leaf around the edges of fields near grassy areas or where weeds are present.  I’ve seen some leaves with a few good chunks taken out of them so definitely keep and eye on the corn!  Typically, once the plants are at the 5 leaf stage, the danger from black cutworms has past. I’d like to get an idea of the levels of damage out there so if anyone has found moderate to heavy damage from BCW let me know.