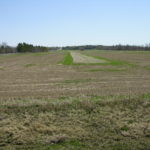 Low forage inventories, high land costs, and sometimes increasing risks for alfalfa winterkill make assessing spring alfalfa health essential. Walking fields in early spring to determine if the alfalfa stand has thinned, and assessing if plants are dead or unhealthy is a proactive strategy to determine management options. Making the decision whether to manage an existing reduced stand or replace it with a new establishment can sometimes be difficult. However, with tight forage inventories there isn’t much room for ignoring the issue until you find yourself with a feed shortage. Don’t wait until it is too late to implement useful options, such as timely reseeding a new stand in the rotation. 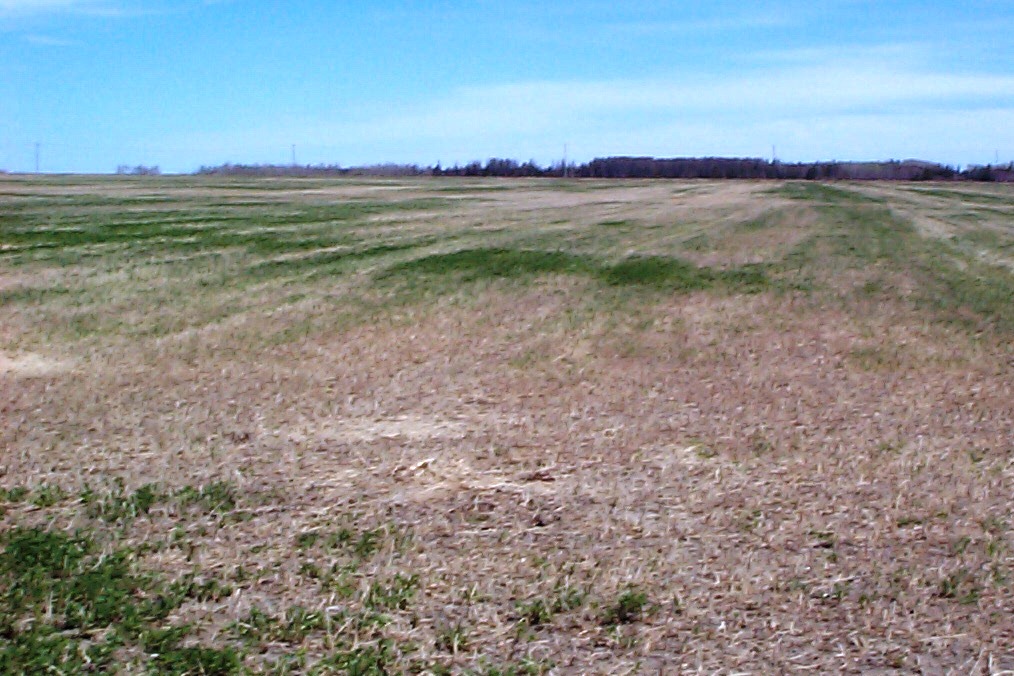 Although it is always difficult to predict alfalfa winterkill, some risk factors include:

Refer also to fact sheets on:

Assessing whether to keep an alfalfa stand or not, can begin in early spring at green-up after the plants have broken dormancy. Counting the number of plants (crowns) can give you an estimate of stand density. The limitation of using plant counts is that it doesn’t account for the size of the crown or the number of stems potentially growing from each plant.

Alfalfa plant populations decline with age, but crowns get larger with more stems. Table 1 provides the minimum number of healthy plants per square foot for a desirable alfalfa stand. Mature stands (3rd year after establishment or older) should ideally have at least 4 plants/sq ft, but crown size and health should also be considered.

Stem density is the best indicator of yield potential from a stand. Initially, counting stems per square foot seems very tedious, but with some practice it can be done visually fairly easily and accurately. The limitation for measuring stem counts is that you can’t do this until there is enough growth to count, about 4 – 6 inches. This may delay your decision and possibly the seeding date of resulting necessary new seedings. Like plant counts, stem count numbers assume no significant additional yield contribution from grasses. As a general rule, at least 55 stems per square foot provide a maximum yield. The critical level of 40 stems per square foot or less will result in a 25% yield reduction and should be rotated.

It is very important to consider the health of alfalfa plants in addition to plant or stem densities. To properly assess forage stands you must inspect the field in several locations. This involves digging up plants with a shovel to get at least 6 inches of root. Look for large, symmetrical crowns with good leaf and bud vigour, and resistance to bark peeling. Lateral roots should be healthy and with good nodulation. (Figure 1) Using a sharp knife, slice the crown and root longitudinally. (Figure 2) Healthy plants will have a good internal root colour (white to cream colour) and firm in texture. Diseased plants will have dark brown, mushy areas of crown and root rot. Damage from disease get worse with time, not better. Dead or dying plants will not contribute to yield.