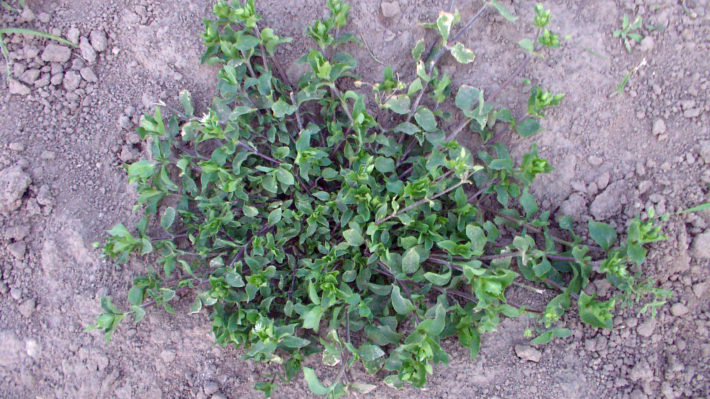 Mike Cowbrough March 14, 2013 5388 Comments Off on Chickweed infesting an Alfalfa crop – What to do?
Weeds

How do you control chickweed in alfalfa? It is a question asked annually.  If you don’t know what chickweed is search it on google images. Of course there is always www.weedinfo.ca. There are three main points on chickweed infesting an alfalfa crop that I have learned over the years.

Emergence patterns and seed production of chickweed in Alfalfa:

A report from the  North Eastern Weed Conference proceeding in 1953 details the emergence, flowering and seed germinating patterns over a year in an alfalfa field:

“Chickweed plants were observed in the blooming and seed producing stages from September through June at Storrs, Connecticut, in 1952. Seed germinated in the field from April until November wherever the surface soil was moist. On July l8, a count of chickweed seed present on the plants and scattered on the soil surface indicated that over 24,000 seeds per square foot were produced.” Thats over a billion seeds per acre! No wonder some call it carpet weed. The study also conducted a germination experiment which indicated that the seed germinated best at soil temperatures of 15 degrees C.

Herbicide activity on chickweed in Alfalfa: There are no herbicides registered in Eastern Canada that are labelled to control chickweed in forage alfalfa.

Pursuit (imazethapyr) has excellent activity on chickweed and can be used to control weeds in solid stand alfalfa that is used for seed production (unfortunately it is not registered for forage alfalfa). Peter Sikkema conducted a trial in 2002 where the 100 mL/ac of Pursuit applied to alfalfa in the fall provided chickweed control above 90% the following spring. I have used imazethapyr in research demonstration trials targeting weeds in an alfalfa/timothy crop in the spring and it works well but will severely injure  forage grasses in the stand.

According to Arregui et al., 2001 flumetsulam (Broadstrike RC)  has been recommended for the control of common chickweed in alfalfa, which is not controlled by 2,4-DB. Kraus et al., 2003 also reported that Broadstrike RC at 56 g ai/ha provided 98% control of mouse-eared chickweed initially but after 4 weeks control was reduced to 50% , presumably due to the germination of new seeds. It should be noted that while Arregui et al., 2001 and others have observed good alfalfa tolerance to flumetsulam, this product is not registered for use on Alfalfa in Canada and therefore such use would be illegal.

Look no further than Lee Allen Peterson’s Edible Wild Plants for the culinary virtues of chickweed. However, from a forage point of view would it be problematic to feed chickweed to livestock? That clearly is a question for your livestock nutrionist. In 2008, while doing a weed survey in forage crops I randomly sent weed specimens to a diagnostic lab and below are the results of the analysis of chickweed. When I have shown this to various ruminant nutritionists, their response has been positive on the feed quality of chickweed.

Lab results for a feed analysis of chickweed (Stellaria media)

Step # 2: Cover crops will be an important tool to reduce seed recruitment after the main crop is harvested. In general, recent University of Guelph research has demonstrated that a mixture of oilseed radish and rye have provided the best suppression of weeds. 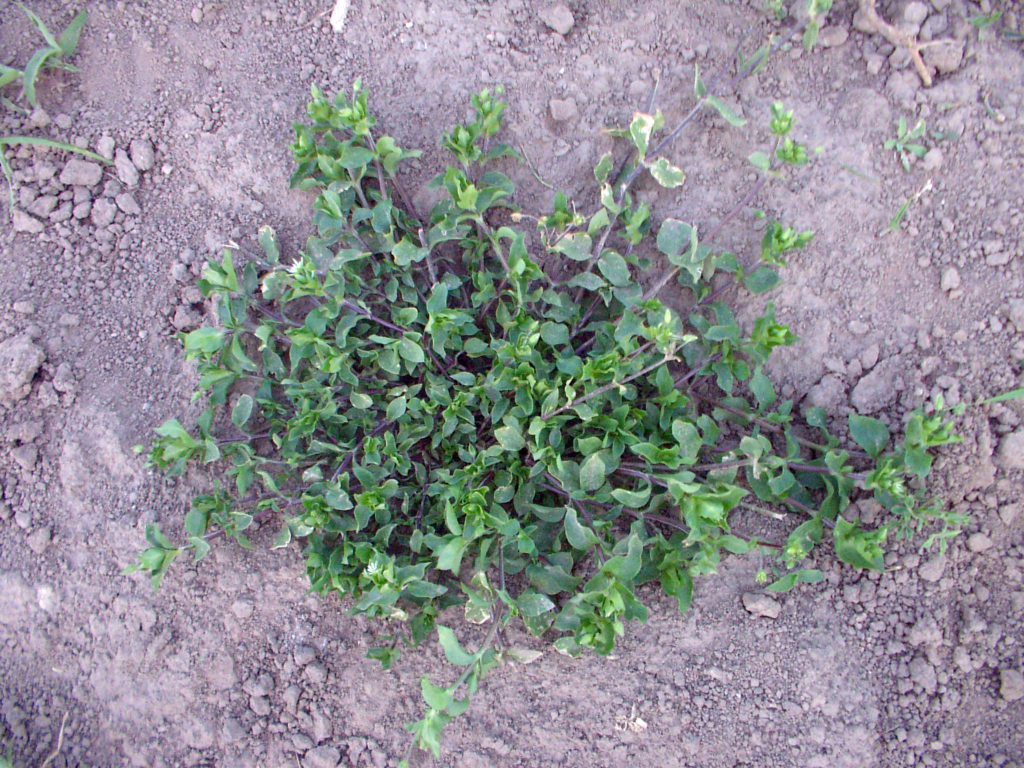