Many people are assuming that pests won’t be a problem this year given the long and very cold winter we had.  Though overall there could be a reduction in pest populations, this is not necessarily true for all of our key pests.  Some of them are quite tolerant to harsh winters and deal with it better than we do. 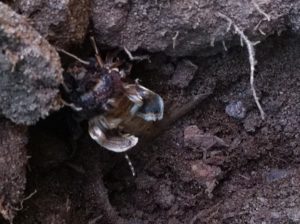 Insects have 3 main strategies for dealing with winter: 1) migration to southern US states (don’t we all wish we could do that every year) 2) avoiding the freezing temps (moving below the frost line in soil or going indoors to overwinter and 3) tolerating freezing temperatures (having antifreeze compounds in their system to prevent cells from freezing and bursting).

Both wireworms and grubs know enough to move down deep below the frost line.  Though I haven’t experienced a year before where there were reports of “frost quakes” taking place.  That tells me that it got quite cold, deeper down than usual.  But snow cover can also play a big role in keeping these soil pests insulated.  And my there was a lot of snow cover in some regions.  Overall, I expect wireworms and grubs have done okay for the most part this winter.

Other pests like bean leaf beetle, flea beetles and slugs overwinter closer to the soil surface and may have had a harder time dealing with this winter, especially if snow cover was minimal when we experienced the polar vortex events.  They likely took more of a hit.  Unfortunately parasitoids and predators likely have too since they are also usually close to or above the soil surface for winter.  Some ladybugs move indoors and those will have done well.

Thanks to Jeremy McNeil as Western University as part of our Ontario research, we know that Western bean cutworm is freeze intolerate.  The pre-pupae that overwinter in the soil can only tolerate temps as low as -7.6C.  So it was a hard winter for them.  Though moths blow in from the US that can still lay eggs here.  Trap monitoring in the hot spot areas in Ontario this year will be important. 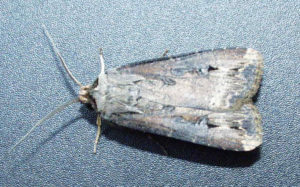 Those insect pests that went down south for the winter including black cutworm armyworm will have dealt with the winter just fine.  My concern is that our potential cool wet spring might make weed control difficult.  These moths flying in from the US are looking for green vegetation on the field surface to lay their eggs on.  If we don’t get in to do a good burn down before planting, these pests could be a problem.

If it isn’t obvious after reading this, predicting which pests are going to be a concern each year is a bit of a crap shoot. Spring conditions play just as big of a role as to which pests win.  If it is a cool wet spring, soil pests do well.  It is up to growers  to do their best in good weed control prior to planting and to make sure to plant in good soil conditions so that the seed germinates and the plants grow quickly to avoid much of the feeding damage.