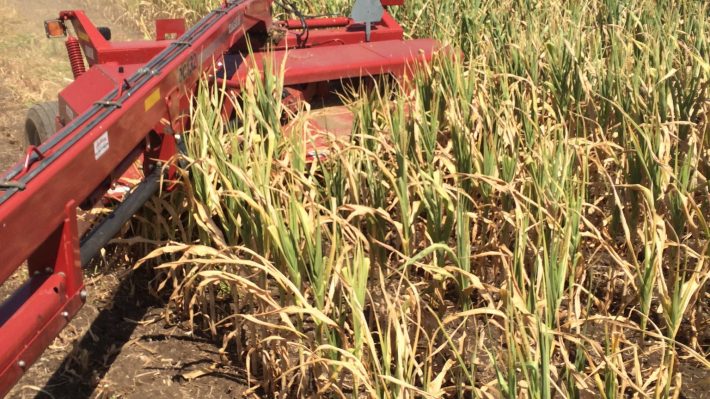 Farmers wishing to plant oats to increase feed inventories after an early corn silage harvest likely don’t need to worry about atrazine negatively affecting oat establishment and yield. It is not without risk because atrazine dissipation in the soil  is slower in dry years  and oats are a relatively sensitive species to atrazine. However, given the need for feed inventories and considering the rates of atrazine currently applied in corn are more than 50% lower than what was traditionally applied, there seems to be a reasonable assumption of decent forage yields based on previous research. The only other consideration would be if there is enough time left in the growing season to abide by the feeding and grazing restriction on the Aatrex 480 label which specifies a period of 60 days after application before grazing or feeding to livestock.

Why is there a desire to seed oats after corn in a dry year?

In a dry year when forage shortages are common, producers will look to plant “emergency ” forages to make up for the shortfall. Recent research by the University of Guelph Department of Plant Agriculture and OMAFRA has shown that “oats alone seeded at 80 kg/ha and fertilized at 50 kg N/ha is the simplest and best option for using cereal species for extra high-quality forage after winter wheat harvest”. Christoph Wand has done an excellent job of breaking down the research in this article. In 2016, there are regions in Ontario that have suffered from a significant lack of rainfall which has resulted in the early termination of some corn fields. There is a desire to plant oats after corn but some producers are concerned that if they have applied atrazine (e.g. Aatrex 480, Primextra II Magnum) for weed control, there could be some soil residual activity that could negatively affect oat establishment and yield. After all, wild oats (Avena fatua) is listed as a “species controlled” on the Aatrex 480 label (PCP#18450) so presumable cultivated oats (Avena sativa) would be more susceptible to atrazine residues compared to other cereal crops. 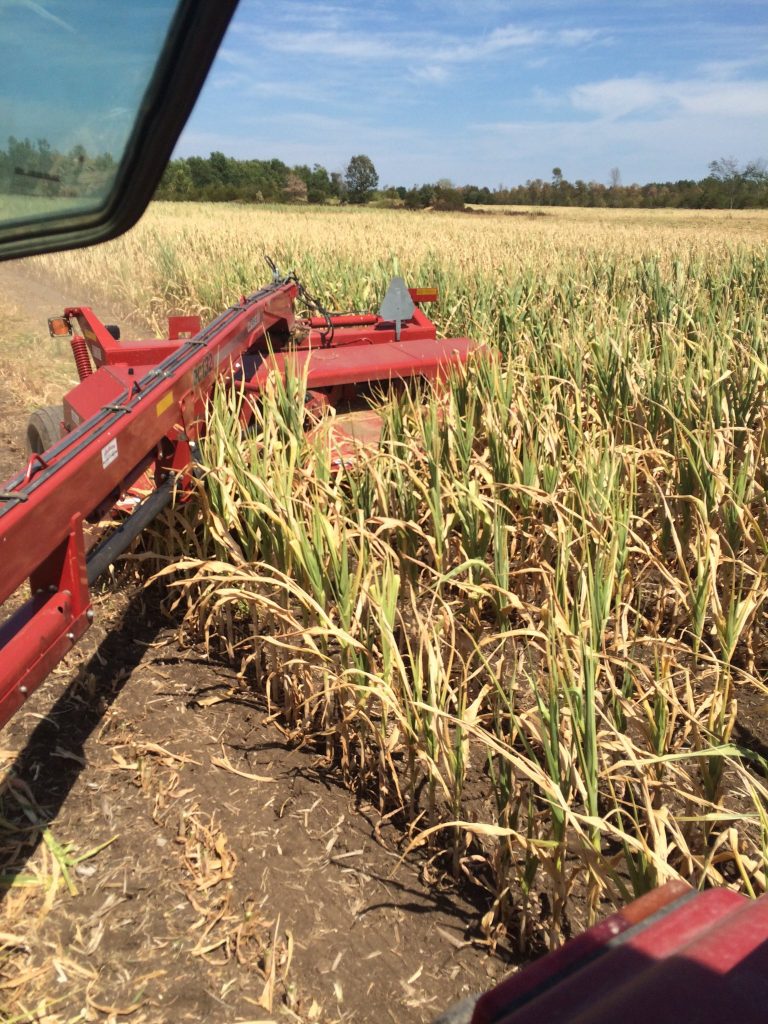 What evidence leads you to believe that atrazine residues would not be a problem for oat establishment?

A University of Wisconsin-Madison conducted by Brinkman and colleagues evaluated grain and straw yield of 20 different oat cultivated planted 11 months after the application of four rates of atrazine in corn. They discovered that:

If we look at atrazine rates typically applied in field corn  in Ontario (Table 1), they range between 10 – 75% lower than the lowest rate of 1.12 kg of active ingredient per hectare (kg a.i./ha) used in the University of Wisconsin-Madison study. In both years of the study, the 1.12 kg a.i./ha rate had no influence on straw yield of oats (Table 3), but the rate did significantly reduce grain yield of oats in the dry year of 1977 (Table 2). For the purposes of planting ’emergency’oats for forage, grain yield is not relevant since  the primary goal is to get as much biomass as possible for livestock feed and straw yield would be a better barometer to estimate impact of atrazine residues on oat biomass production.

Table 1. Herbicide trade name, use rate and amount of atrazine (kg of active ingredient per hectare) in each.

*Within a column, means not followed by a common letter are significantly different at the 5% level according to Duncan’s Multiple Range test

*Within a column, means not followed by a common letter are significantly different at the 5% level according to Duncan’s Multiple Range test

Fair comment. A couple of points. First, if you had applied Lumax EZ in corn (Table 1), that’s 60% less atrazine then what was applied in the Wisconsin-Madison study where no impact on straw yield was observed. Second, the next highest rate (2.24 kg/ha) evaluated, although significantly reduced straw yield, only reduced straw yield by 3-8%, which is a much lower  yield hit to take compared to the 50% hit you would take from planting a more atrazine tolerant cereal species like barley.

Where can I read the Brinkman et al., 1980 paper and interpret their results for myself?