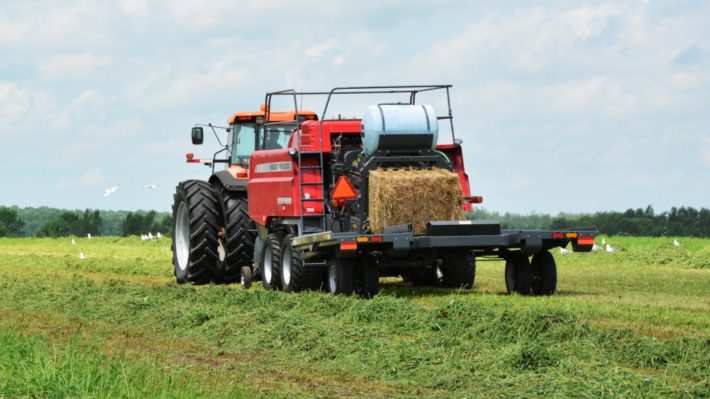 Breakfast Sponsor: Thanks from the group to “Roger Bourassa – Dupont Canada“

Synopsis:  The quote of the week comes from Alan McCallum, a distant relative – “Don’t’ farm last year’s weather!”  This is National Soil Conservation Week. Keep those soils covered! Don’t bury all that crop residue with tillage. The warmer weather has really turned the winter wheat around. Wheat that looked poor and growers were concerned about, now looks great! Nitrogen is being applied to fields in the area and 90% of the wheat fields have had at least one application. Corn planting has begun in many areas of the province on the sandier soils. Manure spreaders are out in full force which has Peter Johnson shaking his head “the ground is not dry enough to till or plant but it is dry enough to pull a fully loaded manure spreader over?” There is no new information on the status of Roundup Ready Xtend.

Winter Wheat:  The warm weather really brought the winter wheat along. The most advanced wheat is in Essex County and is at growth stage 31, which is about 10 days ahead of normal. Nitrogen application is in full swing. Manganese deficiency appeared in March in some wheat fields on high pH sands and   wheat in those areas died soon after. This was unexpected. A number of fields north of London appeared white yesterday (May 19) with the low areas of the field being most impacted. This was due to the cold temperatures 2 to 3 weeks ago and only now has the injured tissue emerged. This is called temperature banding but the crop will grow out of it. Fall chickweed control in winter wheat was good with Eragon pre plant. Growers are encouraged to spray it again this spring to keep it from going to seed. Keep up the efforts to control glyphosate resistant fleabane.

Weeds: With no news on Roundup Ready Xtend growers are still hanging on to the seed hoping it will be registered in time for this season. Growers generally have a back-up seed order just in case. There is a good supply of seed but growers should check with their seed supplier. Several cover crops over wintered including: turnip, oats, winter peas and crimson clover so they will need to be controlled this spring. Annual ryegrass can be difficult to control.

Field horsetail is more prevalent in fields as glyphosate does not do a good job of controlling it. It can be controlled in winter wheat with high rates of MCPA, in soybeans with glyphosate plus Dual and Broadstrike and in corn it is best to spray the patches with Broadstrike and MCPA. MCPA sprayed before the 4 leaf stage of corn will cause the least amount of injury to the corn. Research has shown that MCPA sprayed at the 8 leaf stage caused over 40 bu/ac yield loss.

Peter Sikkema’s research from 4 sites found no yield loss after the V4 or 6 leaf over stage of corn. Suggesting that the weed free period does not need to be as long at 10 leaf over. Peter Sikkema’s experience would say that it takes more rainfall to activate group 15 herbicides compared to other groups of herbicides.

Another interesting study from the Sikkema Lab dealt with weed size and impact on yield.  In this “size of weed study”, preliminary results indicate a 2 bushels yield loss per acre for every inch of weed height (e.g., 4” weeds equals an 8 bushel yield loss in corn).  Larger weeds have a greater impact on yield loss potential.

Corn: There were reports of some corn planting taking place in the area and across the province. They were generally small acreages and on lighter soils. There was discussion that growers were concerned about planting corn too early on the lighter soils for fear of frost injuring the crop later. Ben Rosser the OMAFRA corn specialist is working on two projects this season. One is a precision agriculture project on 20 sites across the province looking at variable rate nitrogen and populations. The second is a soil nitrogen monitoring project. A high low day temperature chart is useful for predicting how long it will take corn to emerge from the ground. A lot of corn is being planted in Illinois and Iowa. It will be a few weeks before seed corn is planted.

Interseeding cover crops into corn: look for Mike Cowbrough’s article on corn herbicides and the impact on cover crops coming soon on Field Crop News to assist with herbicide selection.

Weather: The Columbia University Earth Institute is showing that El Nino has gone from 90% down to 15% and La Niña is up to 70%.

Soybean Cyst Nematode: Although Purple Dead Nettle and chickweed can be hosts for soybean cyst nematode both weeds are considered poor hosts. As part of a cover crop study, none of the 26 single specie cover crops tested by OMAFRA Ridgetown were found to have SCN cysts on roots. This will be redone this summer.   Sunn Hemp had high levels of root lesion nematode in the roots. It may have the potential to be a trap crop for that nematode but this will be repeated in 2016.

Class 12 seed treatment regulations – Concerns were expressed about the paperwork again at this meeting. Some have growers who are waiting to do the spring digs to see if wireworm is present. Some growers have had to make adjustments to paperwork after plans changed due to farms being picked up or lost or other issues that forced a change. Some growers have ordered seed with class 12 seed treatments but haven’t completed the paperwork. Another concern was how to deal with the paperwork if growers need to replant. Dealers and retailers have spent a lot of time policing the new regulations. There were also questions about where to send the paperwork.

Horticultural Crops – The Ministry of the Environment and Climate Change will be inspecting growers who are using fumigants. Please pass this on to your growers so everyone is in compliance. Janice LeBoeuf circulated a Tomato-Related Re-evaluations Update of various pesticides. Click on this link for full report  Tomato re-evaluations update 2016 Sugarbeet planting is in high gear with some growers finished. The processing tomato acreage is the highest since Heinz closed. Primo is the only ketchup brand grown and bottled in Ontario. Tomato transplants are scheduled to go in the ground May 4th or 5th weather permitting. There is an increase in acreage in organic tomatoes. Pea acreage is down about a third and sweet corn acreage is down slightly. Green and wax bean acreage is stable. Some sweet corn is being planted (under plastic).

The OMAFRA Field Crop Protection Guide Pub 812 and the Vegetable Guide Pub 838 supplement are out and available at the OMAFRA Ridgetown office (519-674-1690).

Next Meeting: Ridgetown Agribusiness meetings are held in the Willson Hall Campus Centre (downstairs) at the University of Guelph Ridgetown Campus. Meetings start at 7:15 with breakfast and every two weeks on Tuesdays.  Next meeting is May 3, 2016. 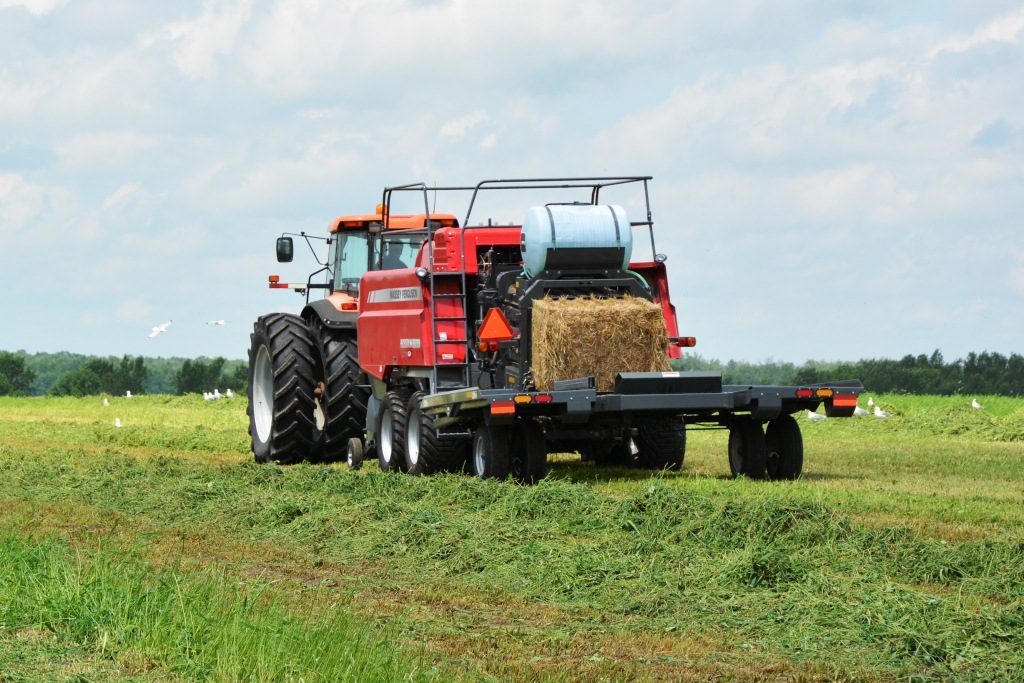