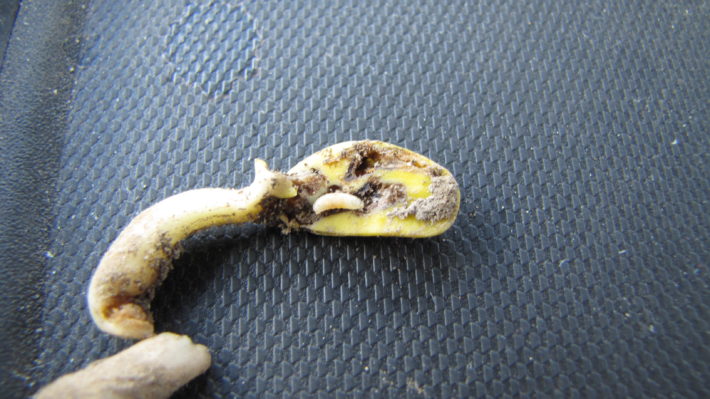 Many areas of the province saw a much needed rain over the weekend ranging from 15 mm to 50 mm in.   Overall corn is progressing well and is at the 4-7 leaf growth stage.  Minimal corn replants have been reported to date.  Sidedressing is underway in some areas and will likely be in full swing next week.

OMAFRA Field Crop staff have traditionally completed an annual Pre Sidedress Nitrogen Test (PSNT) survey during the first or second week of June to gauge relative soil nitrate status year to year.  For 2016, this survey is being replaced by the Sentinel Nitrogen project in partnership with GFO. In this project soil nitrate levels at 20+ sites across the province have been tracked since early May based on corn stages of preplant, V1-2, V3-4 to date, where “V” is the number of visible collars. Sampling will continue at the V6 and V9 stages. V3-4 samples were collected May 7-8 and will be reported shortly. Results to date can be viewed at Weathercentral.ca under “Corn – GFO Nitrogen Research” (http://bit.ly/1rd6z3F ) as they are made available. Since these PSNT values were collected from specific fields, it is important to realize they are intended to give an idea of what is happening with soil N from across the province. Since soil N levels vary greatly because of soil type, crop history, fertility, addition of manures, etc., growers are reminded that proper recommendations for specific fields can only be made based on quality samples taken directly from those fields.

Soybean planting is complete. The crop ranges from the unifoliate to second trifoliate growth stage.  There continues to be weed escapes from pre-emerge applied herbicides due to lack of moisture.  Weed control during the early stages of soybean growth are critical. When making spray decisions pay attention to the growth stage of the weed as well as the growth stage of the soybeans.

There have been reports of replants particularly on soybeans that were planted just prior to the cold weather that hit on May 14th – May 15th.  The number of reports to date is low relative to average years. There have also been a few reports of replants as a result of seed corn maggot feeding in some small pockets.  These pockets were found near Orangeville, Teviotdale and Strathroy.  There have also been reports of feeding damage from wireworm and European chafer although the acerage impacted is small. 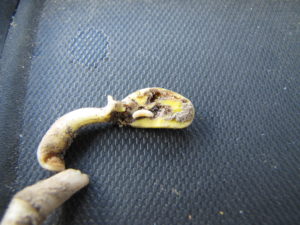 First-cut alfalfa is in full swing, with most dairy hay finished.  Yields have been variable with higher yields in southern Ontario and some lower yields reported in central Ontario due to the cold dry weather this spring.

Some alfalfa stands are showing symptoms of sulphur deficiency.  Tissue testing of alfalfa can be used to confirm this.  If levels are below 0.25% S there is an economic benefit from applying sulphur.

Emergence of new forage stands was variable due to the lack of soil moisture.

The winter wheat crop continues to look excellent.  Some areas are seeing dry weather stress on light soils particularly in the east.  Most winter wheat fusarium fungicides have been applied with the remaining applications continuing into next week.  A significant number of growers opted to apply fusarium fungicides due to high fusarium and stripe rust risk.  Early spring cereal fields are at second node (GS32). All weed control applications should be finished, including later planted fields.

Canola is growing rapidly with the earliest planted fields expected to flower next week.  There has been minimal spraying for flea beetle.  For the most part, seed treatments are doing a good job and the crop is advancing quickly beyond susceptible stages.   Swede midge populations remain relatively low in southern Ontario but counts have increased in fields located near last year’s crop.

Planting is 70% complete with the remaining acres expected to be planted later this week.  Emergence was slow in some fields due to lack of soil moisture.  Some earlier planted fields that have emerged are at the VC (cotyledon & unrolled unifoliate) growth stage. 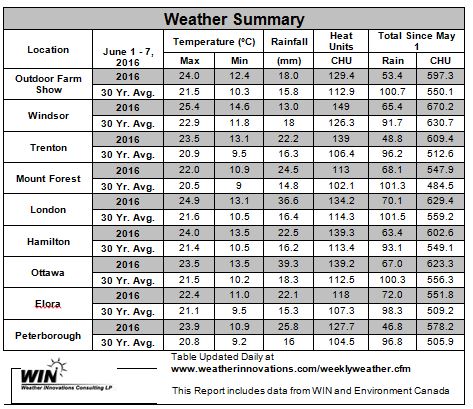 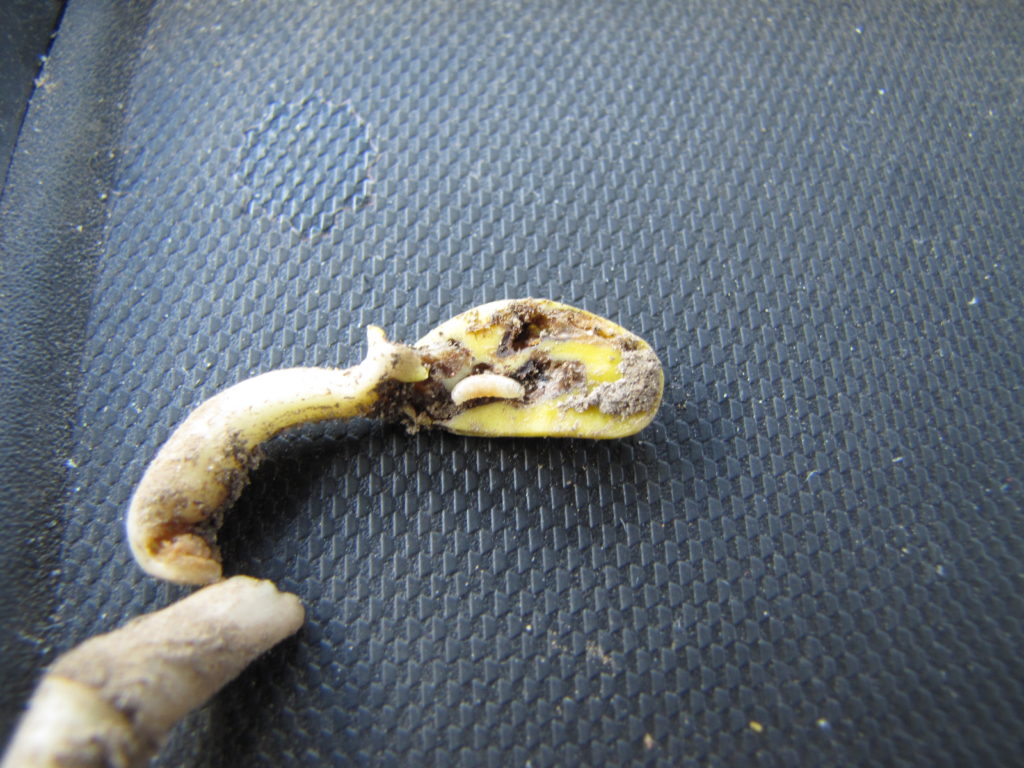