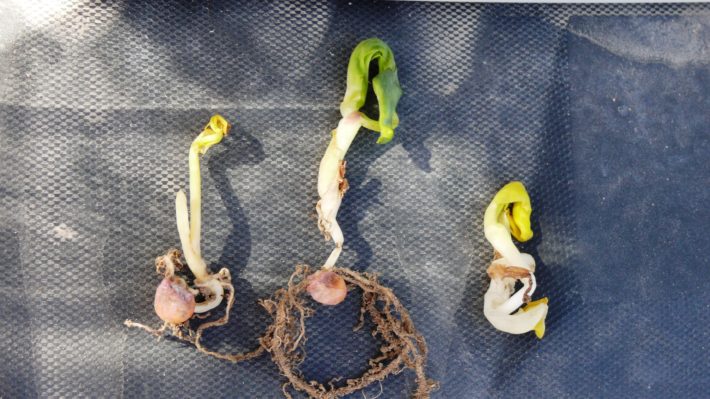 Synopsis:  Close to a carbon copy of last spring.  Cracks in heavy clay soils resemble August conditions and underline the need for rain.   Crops are planted and for most part into good conditions.  Some emergence issues on heavy-textured soils.  Wheat is starting to head and fungicides are being applied.  Dry conditions are resulting in some weed escapes and applications of post emerge treatments.

Corn:  Corn crops have emerged and generally stands are uniform and growing through leaf stages very quickly with the recent warm temperatures.  Early planted corn in Norfolk is at 4-5 leaf stage and side-dress applications will begin shortly.  Soil nitrate samples, to date, show low soil nitrogen levels, however without rain events much of the applied urea is still visible on the soil surface.  Should side dress N rate follow nitrate soil test recommendations?  Consensus around this question – that the urea applied at planting has not disappeared and that with moisture the nitrogen applied at planting should be accounted for in side-dress applications.  Scouting fields also revealed a surprising amount of wireworm feeding, even though they were not found when scouting earlier.

On the heavier-textured soils in Haldimand and Niagara, some emergence issues have resulted in a need to replant some acres.  The photo below of corn leafing out underground is common is parts of some fields.  The common denominator seems to be planting date and cold and compacted soil conditions resulting in reduced seedling vigour. Corn leafing out under ground in Niagara region

Soybeans:   Soybeans have been planted and are emerging within a week in most cases.  Some issues with uniform emergence where parts of the field were seeded into dry soil.   Currently seed sitting in dry soil is fine; waiting for moisture.  Some reports of seed corn maggot feeding, especially where soybeans were planted into cereal rye or a winter cover crop.  Some crusting and tough soils will result in some replants although emergence is excellent so far relative to some years.

Herbicide issues – lack of rain resulting in pre-emerge and PPI treatments not being activated – resulting in some weed escapes.  Important to apply herbicide based on weed stage.  Lots of post emerge herbicides being applied to crops.  Some comments around the “crop shock” that could occur in crops under moisture stress with application of  Halex GT (Dual, Callisto, glyphosate mix) plus atrazine.

Forages:  Forage harvest is underway with generally average to slightly above average yields and excellent quality.  There are reports of alfalfa weevil feeding.  Most impacted fields will be cut this week.  Suggest scouting new growth depending on weevil stage of development. 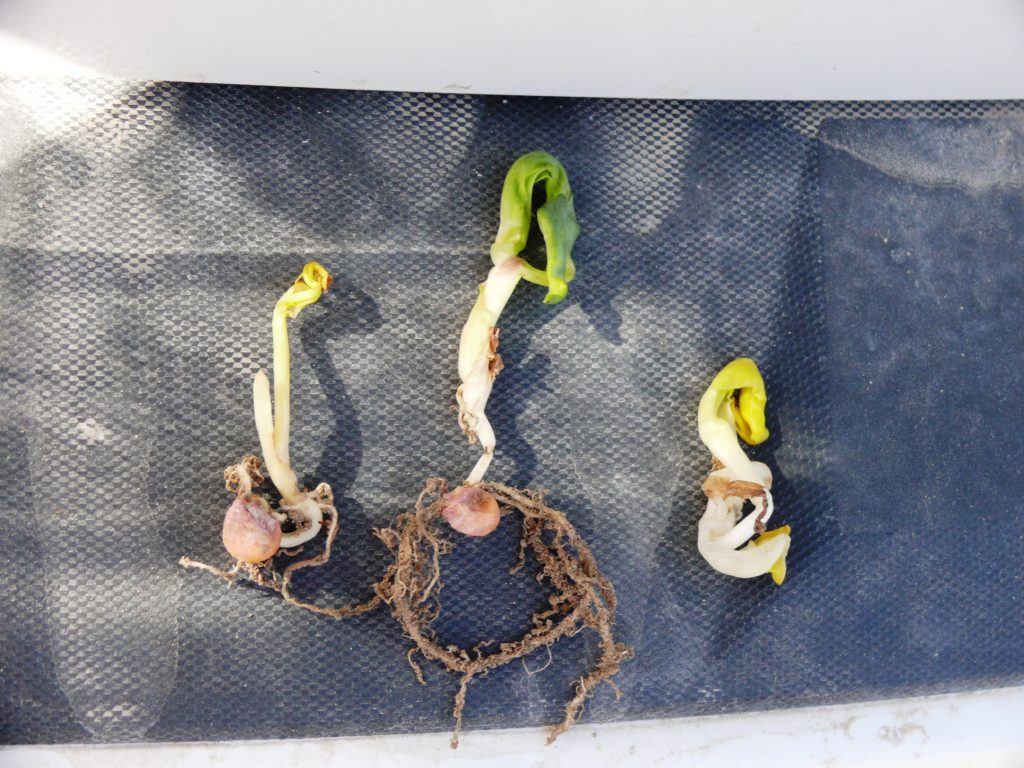