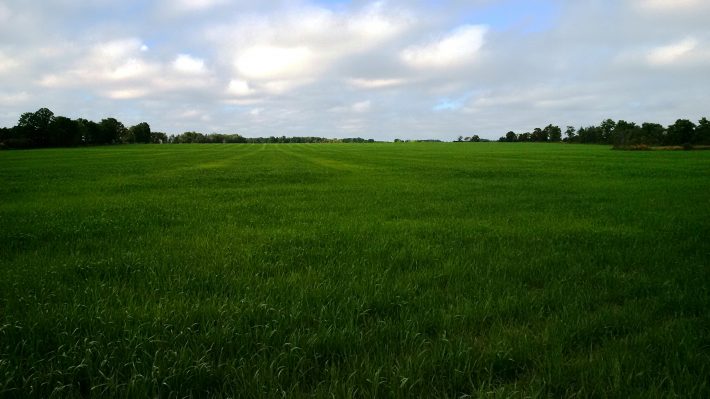 I was driving down a long country road and noticed that two large fields, where winter wheat was harvested almost eight weeks ago,  had a beautiful thick canopy of oats. 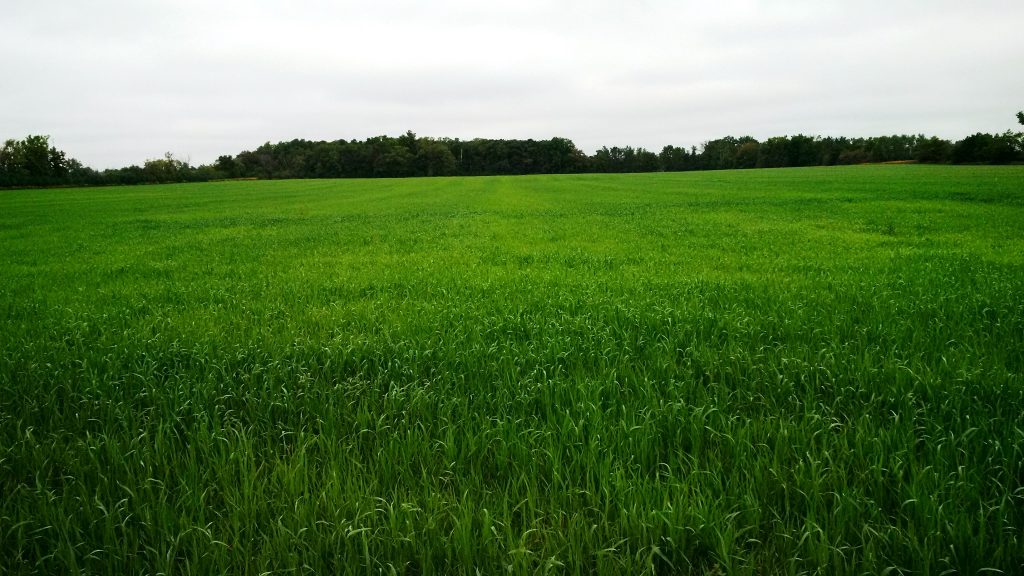 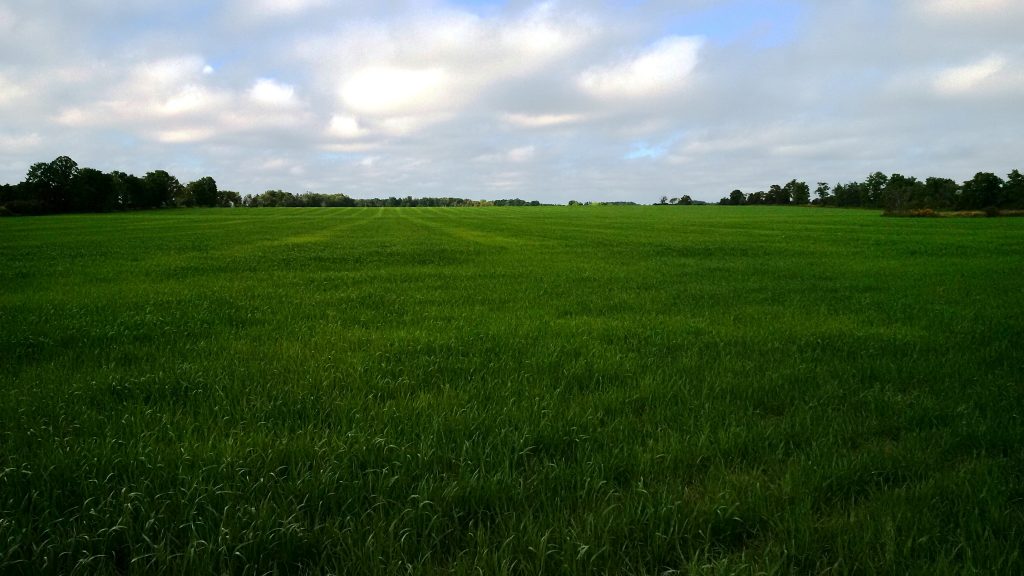 It wasn’t long until I came across a field that was left fallow, that it became clear why so many farmers had chosen to plant an oat cover crop. There was significantly more annual weed species with mature seed heads in the field left fallow. 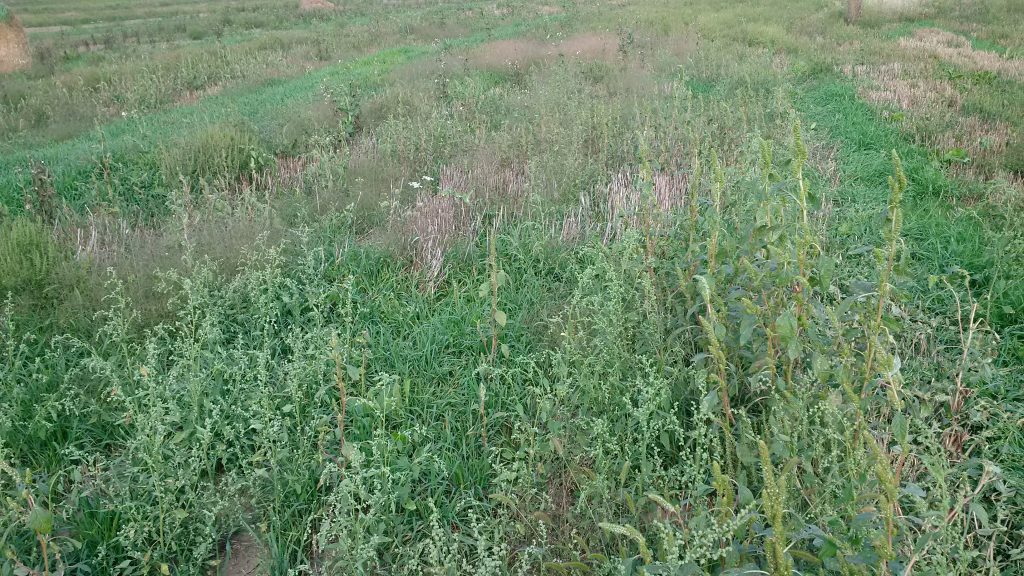 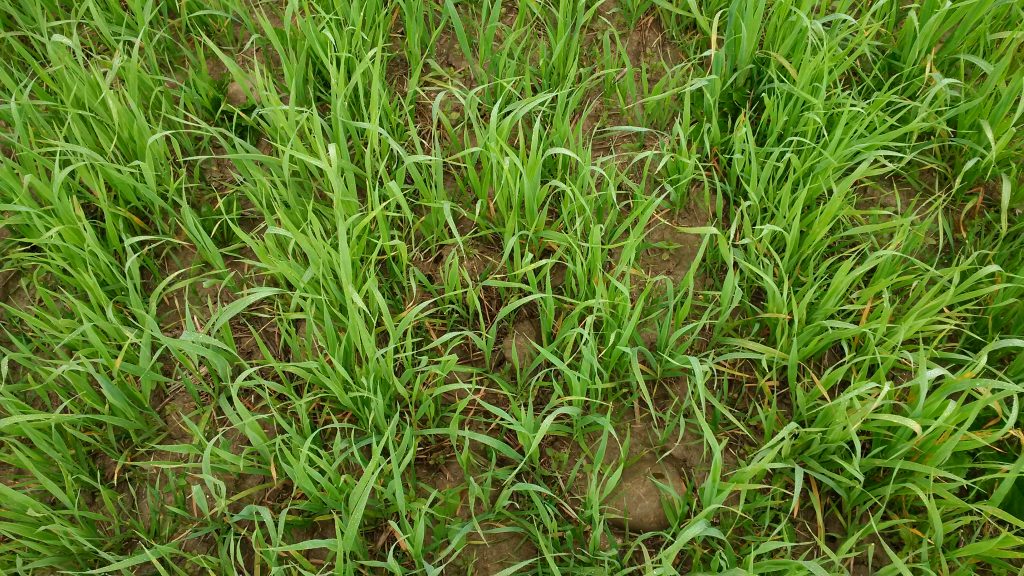 A close-up of the oat cover crop and weed pressure in the first field. 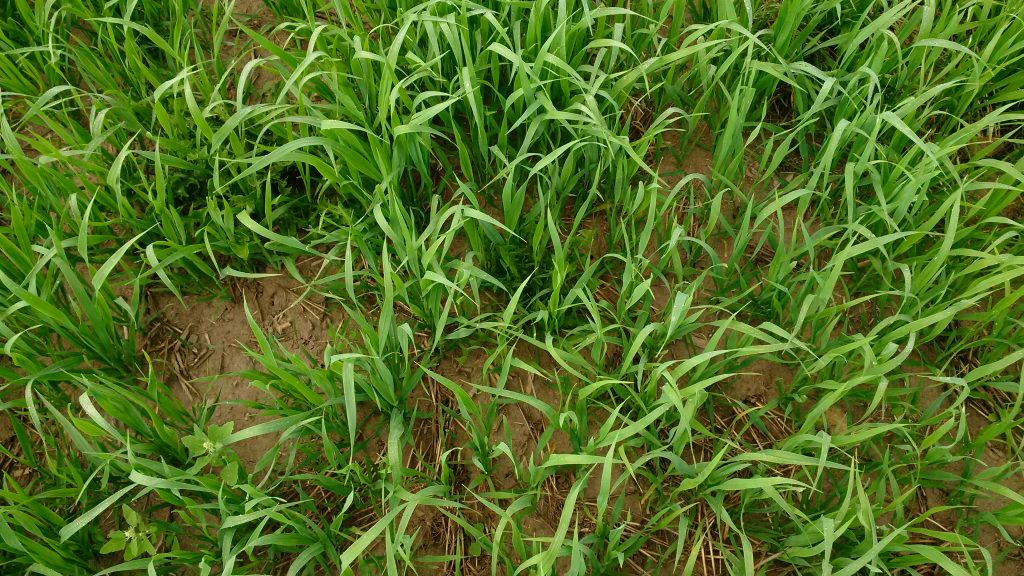 A close-up of the oat cover crop and weed pressure in the second field. 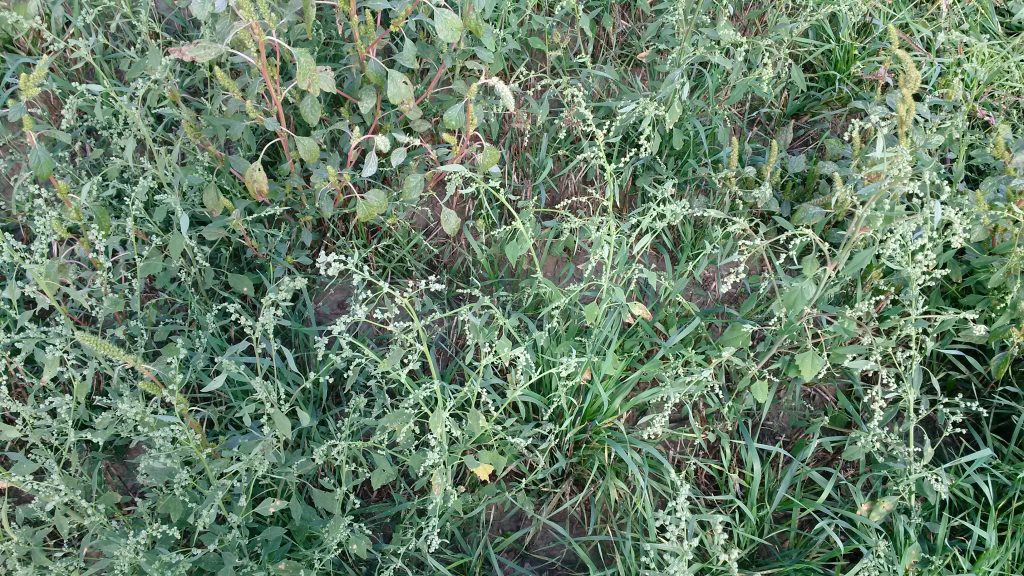 A close-up of the weed pressure in the field left fallow.

Out of curiosity, I decided to harvest the weed species within random areas (1 square metre) and quantify the difference in weed seed being produced in each field. Below is a good representation of the amount and types of weed species found in each field. 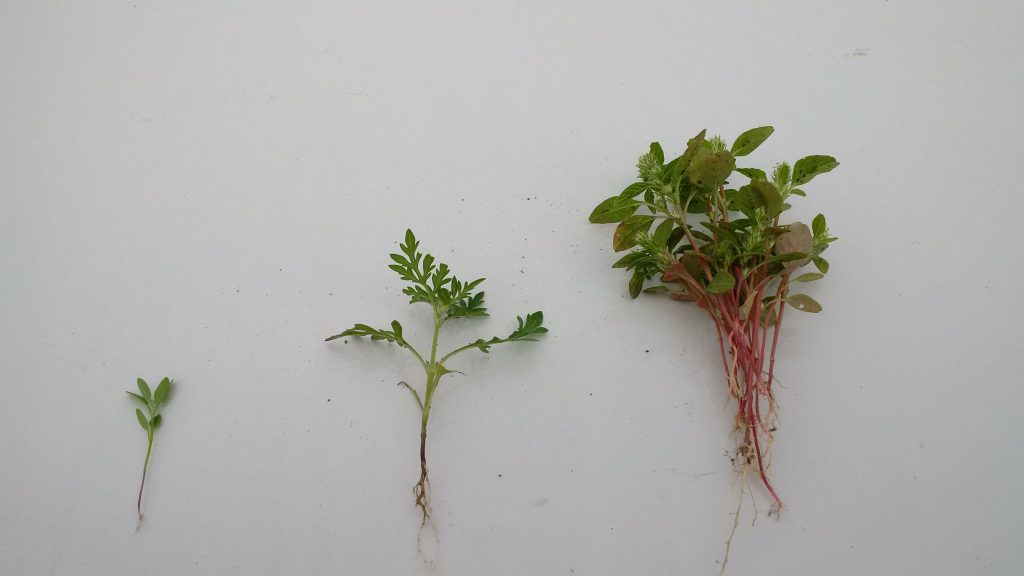 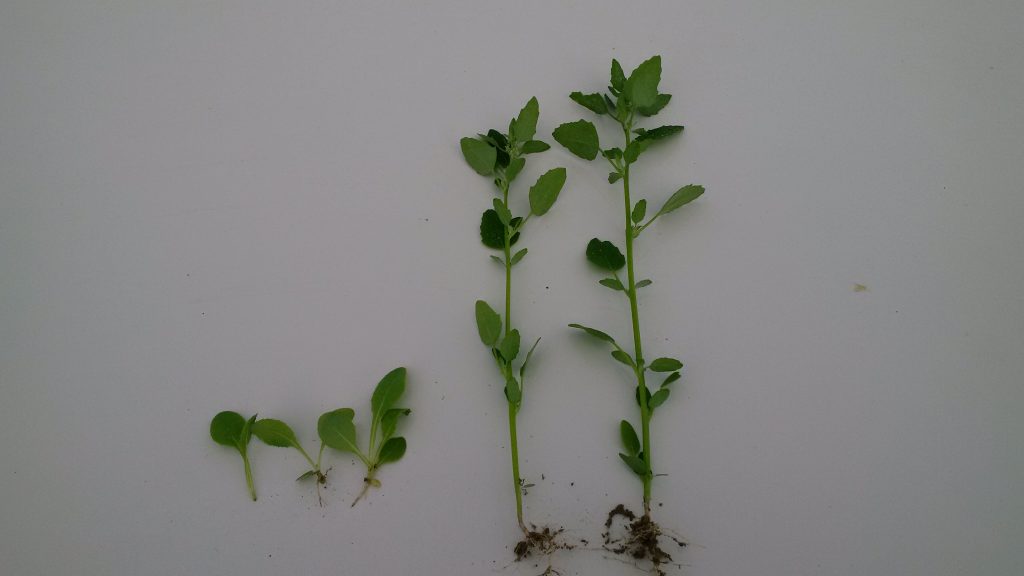 Weeds harvest within a square metre in field # 2 with an oat cover crop. There was annual sow-thistle and lamb’s-quarter 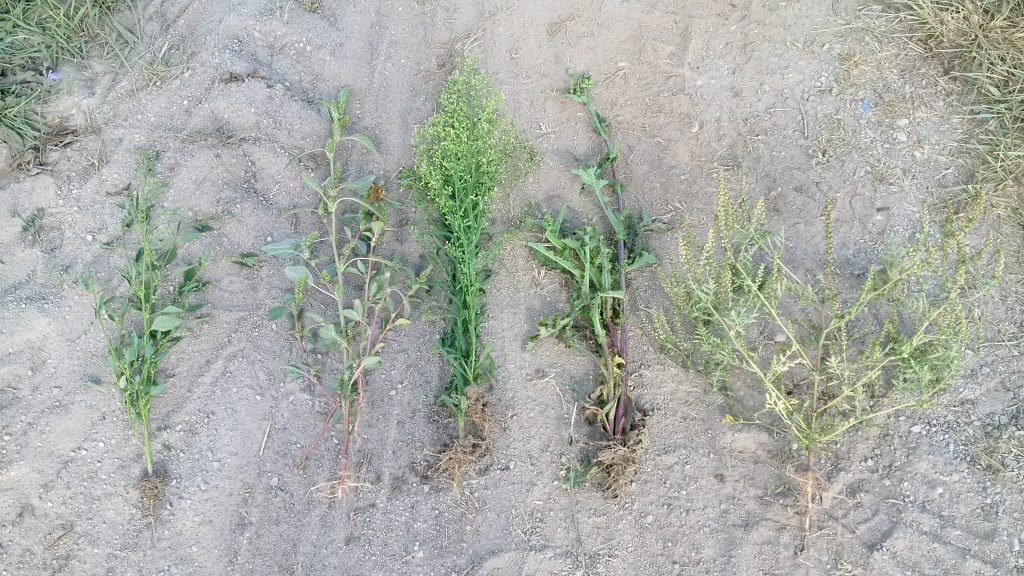 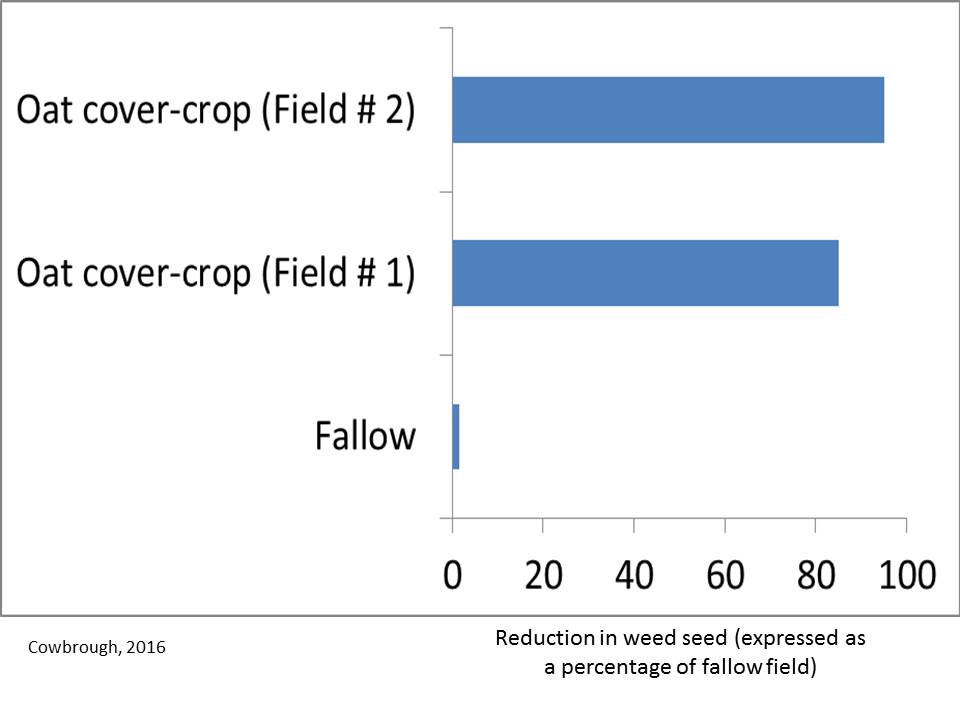 The above graph illustrates the reduction in weed seed produced in each field by taking dry weight of seed heads and comparing each field as a percentage of the fallow field.

Bottom line: Farmers that are utilizing cover crops after wheat harvest are seeing a reduction in the amount of annual weed seeds produced and returned to the soil. Perennial weeds can be managed throughout October at the same time that the volunteer wheat and oat cover crop is retired.