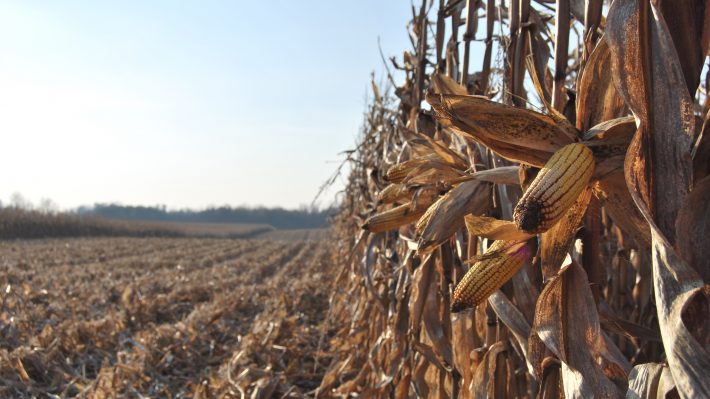 Cool but dry conditions prevailed for the start of the corn growing season as May transitioned from a cooler than average April. May remained dry, with few precipitation events to delay planting.  A few localized pockets in Southern Ontario were the exception, which received regular rainfall during the first half of the month. Planting started in earnest in many areas during the middle to end of the first week of May and progressed quickly once started. Planting conditions were generally good, although some growers on heavier textured soils reported that slow drying of subsoils were holding off early planting until ground conditions were more fit. Planting was nearing completion in many areas by the end of the following week (May 14), but continued on some heavier textured soils as well as those areas that had been receiving rainfall. Statistics Canada estimated that 2.0 million acres of grain corn and 0.250 million acres of silage corn were planted in Ontario in 2016.

While lingering cool soil temperatures slowed development of the earliest planted corn, emergence was generally good for most fields. With the lack of rainfall in May, corn that had been planted when parts of fields were not quite fit or had not been fully planted into moisture may have struggled to emerge or emerged late. While generally minor overall, this resulted in variability in some fields. Some growers on heavier soils reported emergence issues following the cool weather and rainfall of May 14-15th. A small amount of replanting was reported to have occurred.

The annual OMAFRA Pre-Sidedress-Nitrate-Test (PSNT) survey was conducted at the V3-V4 stage on June 6-7. With an overall average soil nitrate concentration of 11.2 ppm, levels were average to slightly higher than average. Given the lack of rainfall and low potential for soil saturation during May and June, nitrate losses from leaching or denitrification were unlikely. Below average precipitation in June maintained a wide window for weed control and sidedress nitrogen applications. With the exception of some moisture stress appearing on soils with poor water holding capacity in the drier parts of the province, the corn crop generally looked good and uniform through the end of June.

While some parts of the province received rain in July, many areas continued to be below normal, particularly the Bruce-Grey, Niagara and Central Ontario regions. Fields or parts of fields in these regions were beginning to show signs of moisture stress as corn leaves would wrap. There were some concerns as corn entered the moisture-sensitive tassel and pollination stages during the hot and dry conditions around the week of July 18. Some localized areas received thunderstorm related precipitation around this period.

During grain fill, there were reports of “tip-back” where several rows on the cob tips failed to pollinate and silks remained green. Warm temperatures continued to push crop development. As corn continued the grain filling process, significant rainfall events started to occur during August, with monthly precipitation totals ranging between 100-200% of normal for large portions of the province. Despite this, leaf diseases, where present, typically remained at low levels. Between timely planting and above average heat unit accumulation, there were few concerns about crop maturity as August came to a close.

Silage harvest started in earnest in many areas during the week of September 12, with the exception of some early harvesting of moisture stressed crops. September remained generally dry, which resulted in good silage harvest conditions. Some reported whole plant moisture being drier than what had been anticipated at the start of harvest. Yields were reported to be below average in areas with little rainfall and on soils with poor water holding capacity, while yields in other areas were reported to be average. Lab analysis results suggested vomitoxin levels in silage were higher than normal.

The annual OMAFRA grain corn vomitoxin survey was conducted from September 23 to 30. The survey indicated elevated vomitoxin levels with 26% of samples testing above 2 ppm. Long-term averages for this category run between 5 and 10%, suggesting some extra monitoring for grain management and feeding may have been required in 2016. Risks may have been elevated from the wet and humid conditions that persisted from August to early September. Poorer pollination of ear tips which resulted in silks remaining green and husk tips that tended to remain tight may have also contributed to this. Western bean cutworm feeding that opened husks for mould establishment was prevalent in many areas as well. The incidence of samples testing higher for vomitoxin decreased east of Toronto.

As the growing season came to a close, heat unit accumulation ranged from average to 100-200 Crop Heat Units (CHU) higher than normal. Coupled with dry weather, corn harvest started early with some combining beginning as early as the last week of September. Harvest started in earnest around October 15, and progressed quickly as dry conditions prevailed for most of the province, resulting in a wide harvest window. Most growers reported moisture levels lower than what was typical for the time of year, and excellent test weights. With the exception of some localized pockets where soybean harvest was delayed, harvest was wrapping up in most areas by the end of the first week of November. Many growers reported yields that were above expectations considering the hot, dry growing season, with the exception of those on soils with poor water holding capacity, or regions which received well below average precipitation. As of December 14, Agricorp corn yields have been reported on 78% of insured acres with an average yield of 167 bu/ac. This compares well to the 10 year average yield of 167 bu/ac for those reported acres. 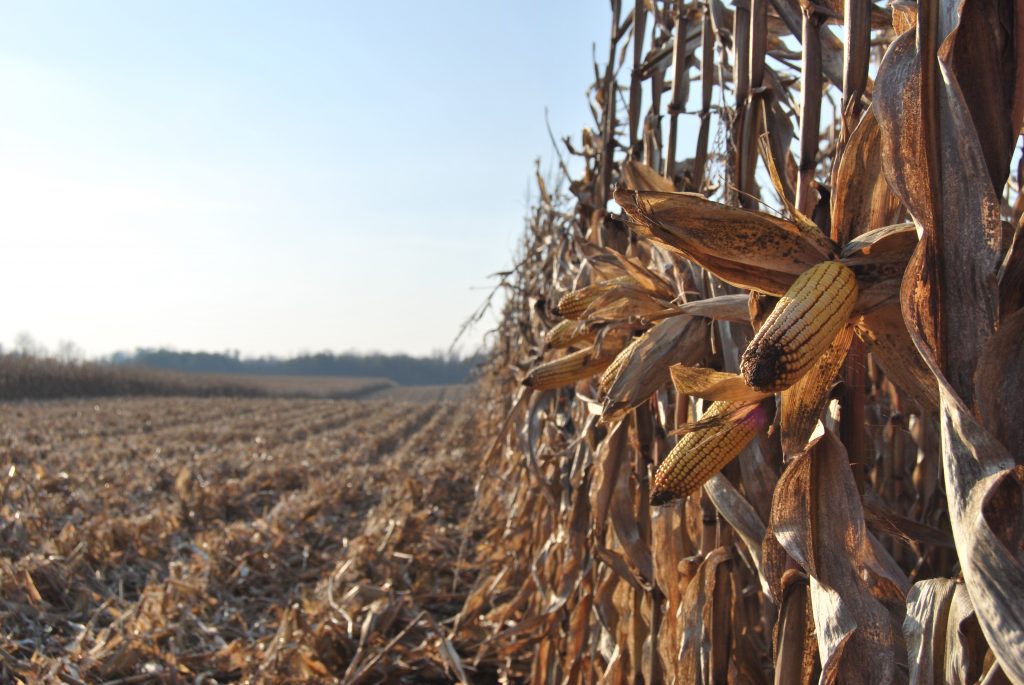