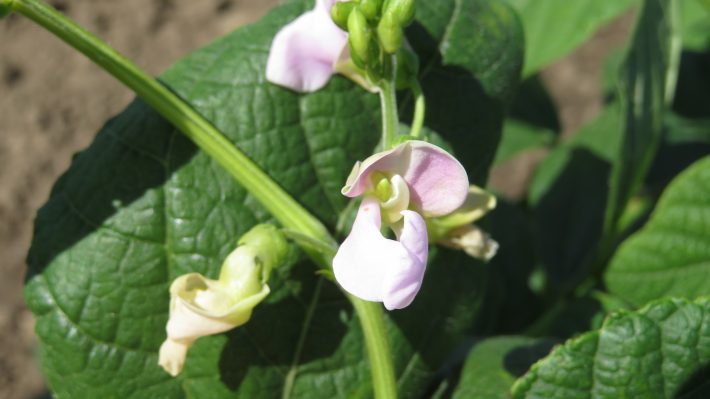 Spring conditions were generally excellent for planting edible beans. The majority of fields were dry enough to plant in the last couple weeks of May, although some heavier ground remained wet longer. Adzuki bean planting began around the long weekend in May, and a large majority of Ontario’s small seeded edible beans were planted in the first week of June when the risk of frost had passed. Those that opted to wait for additional moisture were still waiting in mid-June. Emergence was slow and/or uneven in some cases because of a lack of moisture.

There were very few replant situations, other than a few reports of bald headed beans emerging in crusted fields. This was certainly a different situation than last year when about 25% of beans were replanted because of heavy rains in June. There were some cases of Group 15 herbicide injury issues at emergence, where beans were knuckling out of the ground during a rainfall event. Some were replanted but most grew out of the damage.

Although conditions were dry, the crop looked good through the end of June. Earlier planted fields were flowering in the first week of July, but growth and canopy closure was slow. Dry conditions caused plants to move through growth stages faster, so plants were often smaller than usual when they began flowering. Much of the bean crop had pods forming before the end of July and in many regions beans were showing signs of moisture stress by that time. Farmers have commented that they saw less pod abortion than they expected with the hot, dry conditions, but pod loss likely occurred and there were certainly beans missing within the pods that did form.

Rain events in August may have helped some of the later planted dry edible beans, but much of the crop was too far along to benefit at that time. The rain did cause some bean pods to swell and split, and late season flowering/re-flowering was also an issue in 2016. Where yields were expected to be low, some fields were allowed to re-flower and set new pods to try and gain yield, particularly for the adzuki crop.

Spring weed control was poor in many regions (example in Figure 1). There were widespread weed escapes from soil applied herbicides because of the lack of moisture. Many fields were weedy throughout the season, likely reducing yield and requiring desiccation prior to harvest. Insects were not a major issue, generally speaking, although there were reports of insecticide applications for two-spotted spider mites and Western bean cutworm (WBC). Spider mites moved into soybean and edible bean fields in early August and required prompt spraying to prevent significant damage. Spider mites are more of an issue in dry conditions, as we had in 2016. WBC was a major concern in corn fields this year, and edible bean fields on light soil or near infested corn fields were at risk of damage. Typically it is very difficult to find WBC in bean fields but egg masses and larvae were found in edible beans in the Innerkip area of Oxford County and Thamesville area of Chatham-Kent this year (Figure 2). Peak WBC flight occurred in mid to late July for most of Ontario. Also, although reports were limited, some spraying for tarnish plant bug and leafhoppers did occur. Generally speaking, leafhoppers were not a significant problem this season.

There were fewer incidences of disease in 2016, and fields were generally disease free for the first half of the season. Root rot was present in edible bean fields on a limited scale, and for the most part did not cause major issues. Anthracnose was not reported at all in 2016. Risk of white mould was low although it could be found in August, and many growers did choose to apply fungicides for protection. Common bacterial blight and bacterial brown spot appeared in fields in the second half of the season. Bacterial brow spot was most commonly found on adzuki, but was detected on other bean types as well. It can be difficult to differentiate bacterial brown spot symptoms from those of common bacterial blight (see Figures 3 and 4). Harvest of dry edible beans began earlier than usual because early planting and dry conditions caused plants to mature earlier. Mid-September was approximately the halfway point of harvest across Ontario, but there were still some beans coming off in the first week of November. Harvest conditions were  good overall and October and November were relatively warm and dry.

As mentioned previously, blank pods or half-filled pods were common, with losses attributed to dry, hot conditions.  The earlier harvested crop was quite dry (as low as 13% moisture) and the beans tended to be on the small side. Earlier harvested fields also tended to have low yields. As harvest proceeded the quality and yields improved.

(UPDATED FEB 10, 2017) The average edible bean yields for each market class in 2016, based on data from Agricorp, is as follows: 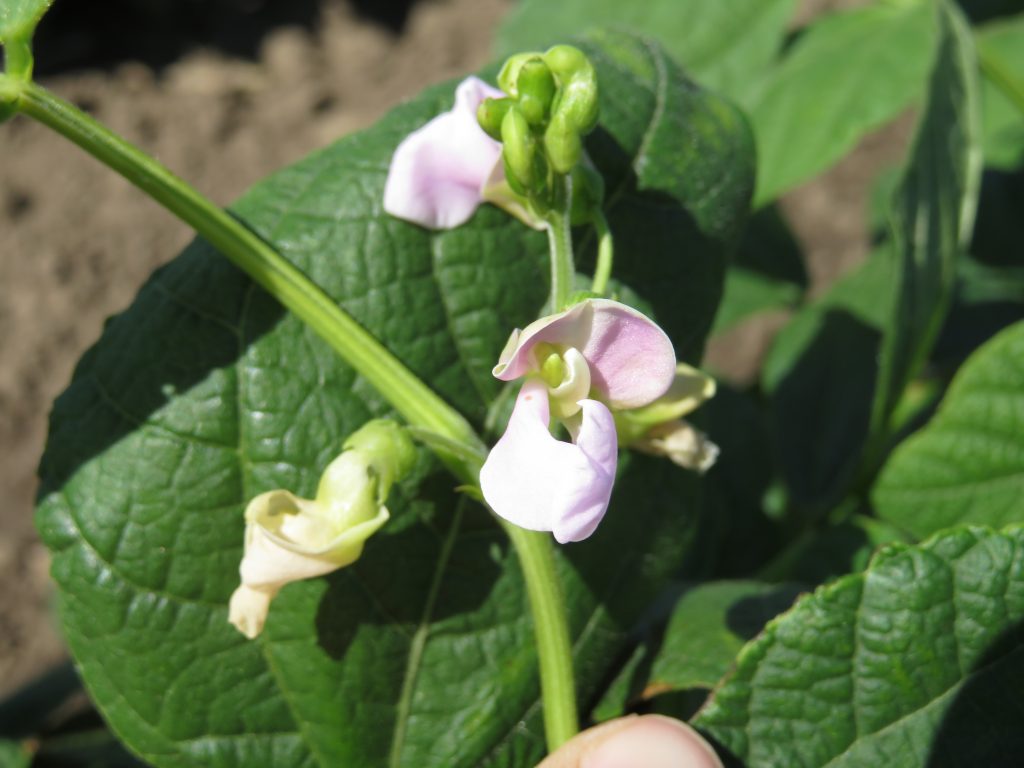