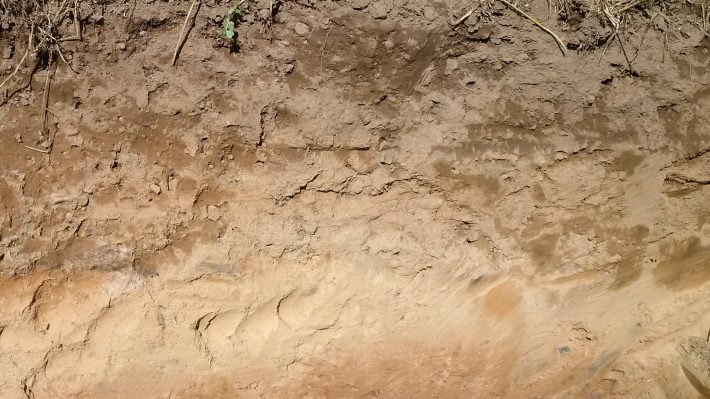 We live in interesting times when it comes to understanding soils. Our concept of what soil organic matter actually is, how it is formed, and how long it sticks around is evolving. The basic principle that has guided management of soil organic matter (SOM) for many years has been that the level of soil carbon is determined by its net input. In other words, high yields mean high residue return, which results in a build-up over time of SOM. Makes sense, right? Mostly, but it turns out that there’s a bit more to it. In this article, I will highlight some of the latest understanding of soil organic matter and discuss which management strategies can be used to restore and maintain it in your soils.

At FarmSmart 2016, Dr. Jerry Hatfield of the USDA spoke about the importance of soil organic matter. He highlighted the need to improve soil water holding capacity to reduce the impact of climate variation that is anticipated across the US Midwest and Ontario in the coming years. Dr. Hatfield’s key message was to build soil organic matter to ensure abundant and stable production in the face of less predictable summer rainfall. Soybeans in a field with a history of reduced tillage, cover crops, and manure application (2016 season; Brant county)

Soil organic matter performs many different functions and is an incredibly important component of soil. We know that it stores and supplies nutrients, improves soil structure and water infiltration, supports soil biological activity, and buffers against changes in soil pH. Higher soil organic matter levels translate into better water holding capacity, which is critical in a season like the one we are having so far. We also know that it can, and is, regularly lost – either through oxidation or erosion.

And as farmer Ken Nixon said of organic matter at last March’s Soil Health Roadshow, “you can’t buy it; you have to earn it.”

Here are a few key concepts that will help answer these questions:

First, soil microbes are now believed to greatly influence SOM cycling in the soil not only because they decompose residue, but also since microbes themselves (once they die) and their by-products can be significant components of organic matter in soil.

Second, residue and amendment quality (i.e. carbon-to-nitrogen (C: N) ratio) has been found to play an important role in the accumulation of soil carbon. Recent research shows that without a balance of residue types, you may not be building SOM as quickly as you think.

Third, the latest science shows that carbon from root material is retained in soil more efficiently than aboveground inputs. This new knowledge may fundamentally change how we think about building soil organic matter.

The role of soil microbes in soil organic matter

Given that soil microbes themselves are such important contributors to soil organic matter, but also play an important role in decomposition, how do you manage your soil so that you’re balancing the two?

Dr. Lisa Tiemann, a soil microbial ecologist from Michigan State University and 2016 Southwest Agricultural Conference (SWAC) presenter, described the situation as the “soil organic matter conundrum.” At her SWAC presentation, the question she posed was: how do we simultaneously support microbial growth and nitrogen mineralization and maintain and build soil organic matter? The importance of residue quality

At the heart of the explanation, Dr. Tiemann argued in her talk, is nitrogen. On average, soil microbes contain 8 parts of carbon for every 1 part of nitrogen (their C: N ratio). As microbes consume plant residue, around two thirds of the carbon is lost as CO2 and one third is taken into their biomass. This makes the C: N ratio of 24:1 critical (since one third of 24 is 8). Residues below 24:1 are broken down quickly and stimulate microbial growth since they provide easily available nitrogen. On the other hand, residues above 24:1 contain more carbon relative to nitrogen than the microbes require. This means that existing microbial populations need to find nitrogen from other sources, such as existing SOM.

Dr. Tiemann stated that the best way to build and maintain organic matter is to strike a healthy balance between the two types of microbes. She offered the following advice for doing so:

2) Provide a mixed quality of amendments over a rotation

Ontario research shows that adding winter wheat to a corn-soybean rotation improves soil carbon levels over time. When red clover is included as a cover crop, it likely contributes to soil organic matter not only due to its biomass, but also because it provides a high nitrogen residue that balances the high carbon residue of wheat and corn. Better yet, by leaving red clover growing throughout October (or later), you will get double the root growth, as Dr. Dave Hooker has shown, which further enhances the benefit.

Often the success of a cover crop is judged by its aboveground growth. However, new data suggest that what’s going on belowground may be even more important if it is soil organic matter you’re after. Research has consistently found that carbon from roots is more stable in soil than aboveground residues. In other words, carbon from roots sticks around in soil longer than carbon from shoots. This is likely because inputs from roots have better opportunities to interact with soil than aboveground residue, like leaves and stems. So, if you’re looking to build soil organic matter, achieving a consistently good root system matters.

What does this mean? When it comes to building soil organic matter, one positive action can often have multiple benefits. Here are some principles to keep in mind for enhancing organic matter in your soils:

Soil organic matter is the single most important soil property that you have influence over through your management. Higher soil organic matter levels translate into higher yields, more consistent yields, and higher profit in the long run. What’s keeping you from getting started? 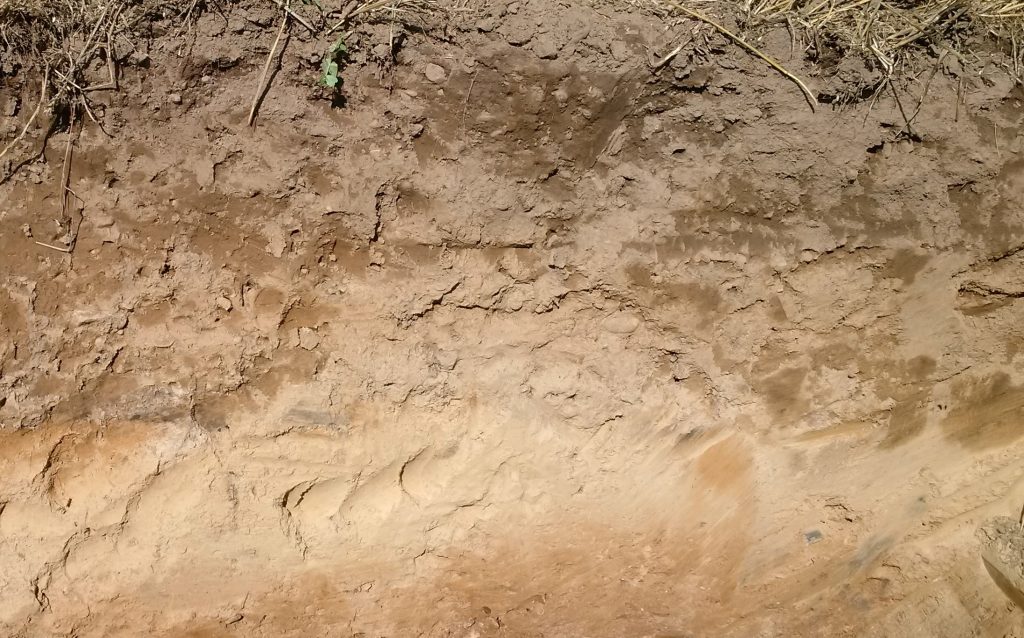