Cover crops are well proven to help reduce soil erosion and improve soil structure. They can also have nutrient benefits. Whether you have been growing cover crops for decades or are just getting started, it is helpful to know what specific cover crops can (and cannot) do from a soil fertility standpoint.

There are three main ways that cover crops can provide a nutrient benefit within your cropping system:

Some species of legume cover crops can fix hundreds of pounds of nitrogen per acre. The important value, however, is how much of that nitrogen becomes available for uptake by the following crop. A full, uniform stand of red clover (Figure 1) provides a nitrogen credit to corn of approximately 60-70 lbs/acre, for example. There have not been specific nitrogen credits established for other legume cover crops in Ontario.

Growing a deep-rooted cover crop reduces the amount of nitrate nitrogen that can be lost to leaching over the fall, winter and spring. If you want to retain nitrogen over winter, seeding a grass or cereal, such as cereal rye, can be very effective.  Plants with deep taproots, such as radish, can also capture nitrogen from depth, though in some cases the timing of nutrient release may occur early in the spring, before uptake by a crop such as corn. The most effective cover crops for reducing nitrate loss are those that gain a reasonable amount of biomass in the fall and/or spring and have both dense and deep root systems.

By providing cover on the soil surface, cover crops can also reduce nutrient losses from soil due to surface runoff.  Over the long term, cover crops will improve soil structure, which will increase water infiltration and water holding capacity and likely reduce the risk of soil erosion.

When they freeze, however, cover crops can release dissolved phosphorus. The amount released depends on the species. Some of the dissolved phosphorus may go into the soil during thaw events, while some may be lost to surface runoff from the field. Research is underway in Ontario to determine which species and termination methods result in the lowest risk of phosphorus losses to surface water.

Overall, the value of certain cover crops in reducing erosion, improving water infiltration, and reducing nitrate leaching makes them a good option for preventing nutrient losses from your fields.

Cover crops can also improve nutrient cycling. What does this mean? It means that cover crops, through the sugars they release from their roots and their residue, provide food for soil life. By stimulating soil biological activity, cover crops can accelerate crop residue decomposition and cycling of nutrients from organic (unavailable) forms to inorganic, plant-available forms. For example, cover crops are consistently found to improve earthworm populations (Figure 2), which play a very important role in nutrient cycling. 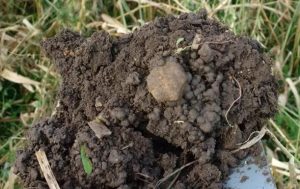 Figure 2. Earthworm casts in a field with cover crops. Earthworms play an important role in nutrient cycling in soil.

Certain cover crops can also provide deep nutrient recovery. Deep-rooted cover crops, such as forage (tillage) radish (Figure 3), cereal rye or turnip, bring a variety of nutrients from depth to the soil surface, where they can be more easily taken up by the following crop. Such cover crops grow in the fall and possibly spring, when moist soil conditions allow for easier root penetration, even in heavy soils. This provides the additional benefit of deep root pathways that can be used by cash crop roots in the next season. 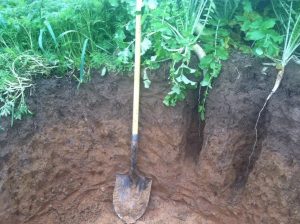 Figure 3. The taproot of forage (tillage) radish can extend deep into the subsoil

Cover crops are not a magic bullet for soil fertility, but they can be an effective tool when managed properly. While some benefits are short term, such as a nitrogen credit from a legume, others will begin to show up over a longer period of time. Success often depends on matching up the right cover crop species with good management and specific goals. If you are new to cover crops, it is best to start small and gain confidence. For more information, visit the Midwest Cover Crop Council’s website or the OMAFRA Cover Crops website.