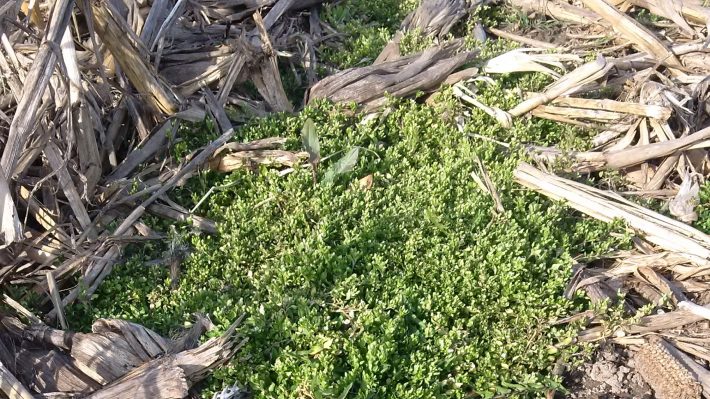 Figure 1: Powdery mildew produces a white to grey fungal growth on the lower leaves and moves up the plant.

The winter wheat crop looks excellent throughout much of the province.  There is lots of growth with excellent yield potential. This lush growth will increase the risk of foliar leaf diseases like powdery mildew (Figure 1) and Septoria (Figure 2) especially in susceptible varieties; regular scouting will detect early infection and allow for effective management. It is estimated that Nitrogen (N) has been applied to 25-30% of the total acreage, and a good stretch of weather would see significant progress being made on this field activity. Several producers are opting to include sulphur (typically at 10 lbs S/ac) with their N applications to mitigate the appearance of sulphur deficiency symptoms (Figure 3), which were prevalent last spring. In 2016, stripe rust (Figure 4) was common in winter wheat fields in the southwestern portion of the province by mid-May. Stripe rust infected plants have already been found in many areas of the Midwest including Kentucky, Tennessee, Illinois and Wisconsin.   Movement of spores into Ontario from these locations will be dependent on weather systems. As we observed last year there are large differences in variety susceptibility to stripe rust so check the Ontario Wheat Performance Trials or your dealer for specific variety information.  If detected on susceptible varieties, do not delay applying a fungicide to control this disease as it will progress very quickly and can cause significant yield losses, which in 2016 ranged from 10-40 bushels. Figure 3: Sulphur deficiency symptoms in winter wheat during May 2016 (Photo by: Marieke Patton) Spring Cereals: Seeding of spring wheat and barley began during the week of the 18th and will ramp up quickly as soil conditions improve.

A small acreage of corn has been planted but provincially there would be less than 1% of total acreage planted. Most of the planting that occurred was to test out planting equipment or for test plots. Planting depth should be around 5 cm (2”) as shallow planting (less than 3 cm or 1.25 in. deep), even into moisture, may lead to less favourable positioning of the growing point and first nodal roots. This may lead to rootless corn syndrome. Coarse-textured soils that dry rapidly at the surface will also be more prone to poor root establishment with shallow plantings. To minimize yield losses from weed competition the corn crop should be kept weed-free from emergence until the 6 leaf over stage. If the goal is to minimize weed seed return, a farmer would extend that weed-free period until the 8 leaf over stage. Soybean: Planting date is an important management tool to maximize yield potential. The highest yields of soybeans are obtained from early plantings, generally the first 10 days of May. Soybeans are more sensitive to soil temperature than corn. However, if soil temperature and moisture conditions are suitable for planting corn, they are generally also suitable for soybeans. A hard spring frost can kill early-planted soybeans, since the growing point of the emerged seedling is above the soil surface. However, soybean plants can withstand temperatures as low as -2.8°C for a short period of time, while corn experiences tissue damage at -2°C. Many winter annual and perennial weeds are growing rapidly (Figure 5).  Applying a pre-plant burndown to control these weeds as soon as possible will provide a clean seedbed in no-till and minimum till production systems. Ideally a burndown is applied 10-14 days prior to planting so that all undesirable plants are dead and easy to plant through. To minimize yield losses from weed competition the soybean crop should be kept weed-free from emergence until the second trifoliate stage. If the goal is to minimize weed seed return, a farmer would extend that weed-free period up until the third trifoliate stage. 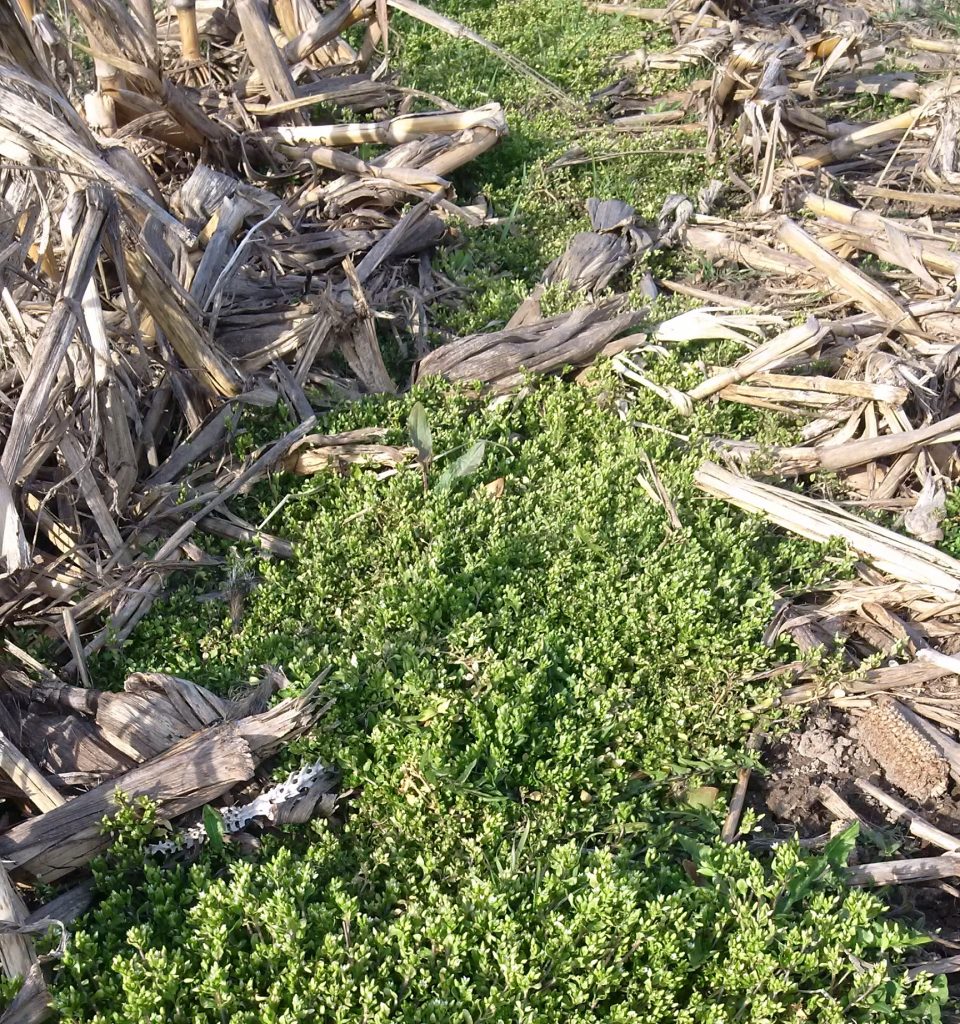