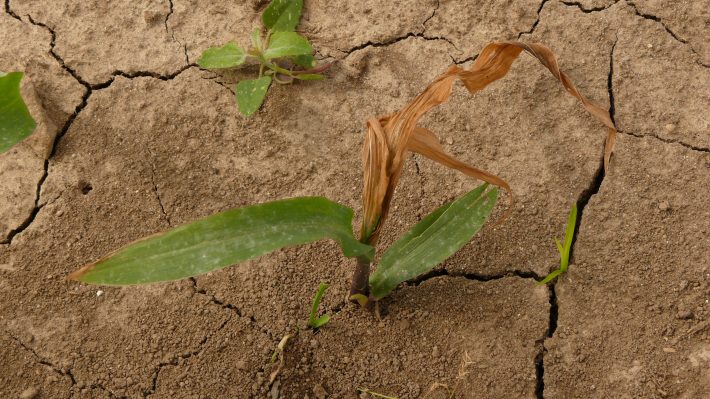 By: THE OMAFRA FIELD CROP TEAM

Winter Wheat:
Early planted winter wheat continues to look better than Thanksgiving wheat. The cool, wet weather has slowed the rate of wheat development to 5 to 7 days ahead of normal. Most of the crop is at the flag leaf stage, however crop development ranges from 1st node to heads emerging. Cooler, wet conditions have continued to keep disease pressure relatively low, but have also resulted in parts of some fields turn yellow (wet feet). Some 1st and 2nd applications of nitrogen are still being applied. Aerial applications of nitrogen are being considered on heavy clay soils in the Niagara area. Yield loss has not been observed in the past when similar conditions occurred. If sulphur deficiency showing, apply now.
Septoria leaf spot and powdery mildew are the most common diseases and primarily situated in the lower canopy but on some susceptible varieties moving up. Keep scouting but in most fields fungicide can wait for T3 timing at heading. Leaf rust is has been identified in some fields. Stripe rust over the past week has been found in Oxford, Chatham-Kent, Elgin and Bruce counties; but at low levels. The disease is not moving as fast as last year.
Spring cereals:
Early planted fields have emerged while planting continues as field conditions allow.

Corn:
As of May 17, corn planting in Ontario is at about 30% completed; however there are several areas where wet soils have prevented planting, or where rain has slowed planting. Earliest April planted corn is at the 2 leaf stage but most early planted corn is struggling to emerge. The calendar is pushing some planting to occur into soils that are wetter than ideal.
Planting date and yield potential research (U of Guelph, Deen and Hooker) shows that 95% of potential corn yield can be achieved at Elora where corn is planted May 20; at Exeter where corn is planted May 25 and Ridgetown where corn is planted May 30.
With the increase in cover crop biomass, watch for black cutworm as corn starts to emerge and through early corn growth. Larvae will cut off the plant just below ground level and patches of affected plants will appear wilted from hollowed out stems. Figure 1 shows a wilted plant affected by cutworm. Cutworm larvae can be found near affected plants below the soil surface. Further information black cutworm damage and control can be accessed at. http://fieldcropnews.com/2017/05/watch-for-black-cutworm-as-corn-starts-to-emerge/ Soybeans:
A few fields of soybeans have been planted, but planted acres will increase quickly with forecast warmer temperatures and ideal soil conditions. Soybeans planted 3 weeks ago are knuckling but have not emerged. Monitor slow to emerge fields for seedcorn maggot damage, especially where manure or cover crops have been incorporated.
Canola:
Planting of spring canola is in full swing with approximately 20% of intended acres planted. Winter canola fields are in bloom.

Cover Crops:
Fall cover crop growth exceeded expectations, resulting in some fields with higher volumes of residue to manage. Soils can be slower to dry, or where cover crops are still growing, they can reduce soil moisture in the top few inches of soil resulting in conditions that are more difficult to plant into.

Forage and Pasture:
Cereal Rye fields are being harvested as a forage crop with higher than expected yields. Alfalfa forage crops are still short, but a few warm days will make a big difference in growth. A few fields have been harvested due to shortage of feed or rotation to corn. Dairy first cut will begin the last week of May. Although there have not been reports of alfalfa weevil damage, scouting for leaf feeding and where found, scheduling earlier harvest, is important.

Weed Control:
When growing IP soybeans, a preemergence herbicide program is preferred as it has typically provided the best weed control and return on investment in University of Guelph trials. As the season progresses, some producers may decide to plant first and worry about weed control later. A stretch of windy or rainy weather can easily take you out of that preemergence window. Timing of postemergence herbicides in IP soybeans is critical since control is significantly reduced once weeds get beyond the 6 leaf stage of growth. Traditionally, the ideal timing of postemergence herbicide applications have been around 3 weeks after planting with scouting for weeds beginning at 10-14 days after planting. 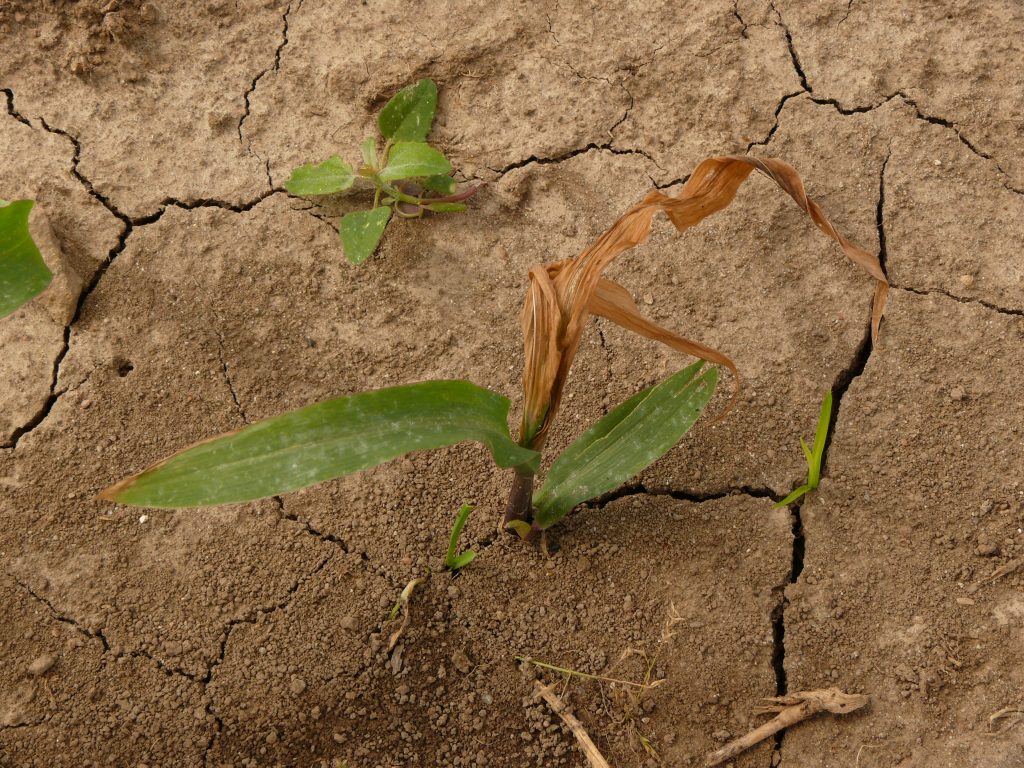