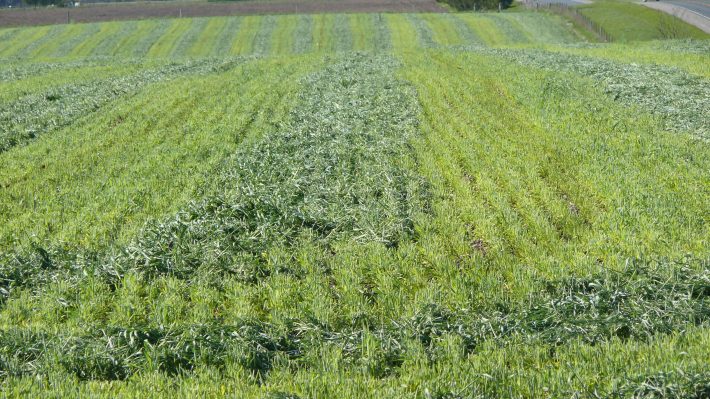 WINTER WHEAT:
Wheat crop continues to look good. Some manganese and sulphur deficiency noted, as well as some incidence of septoria, powdery mildew and the beginnings of stripe rust on a few fields. Most of the region is at flag leaf stage, with heading out anticipated within the next week or so.

A few wheat fields have yet to receive nitrogen and are noticeably affected. Lots of herbicide and fungicide is going out right now. First fungicide is nearly complete in the London area with Haldimand just beginning. Some herbicide damage has been noted where application occurred during low temperatures. Weed pressure from ragweed and atriplex was noted.

CORN / SOYBEANS:
An estimated 40-50% of corn has been planted in the area south of London, with planting being further along further west.  Planting in Norfolk is about 50% completed while there has been very little action in Haldimand and Niagara region on heavy clays

Some corn planted late April has yet to emerge. Even sandy soils “are tight”.  Heat accumulation, to date,  is below normal.  Seed has germinated but soil temperatures have limited progress. Other late April corn and soys have emerged, particularly in the far southwest. Producers who are late ordering seed will have difficulty finding soybean seed.

Some fields are seeing pressure from volunteer wheat that was not adequately controlled in the fall. Vigorous growth of cover crop oats has left some fields with excessive amounts of residue. 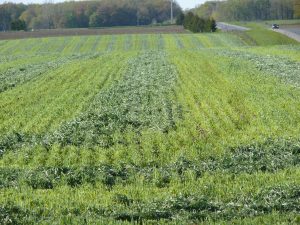 SPRING CEREALS:
Some spring cereal planting is still ongoing due to producers having to wait for seed.

FORAGES:
First cut of hay has begun on several fields.

SPECIALTY / OTHER CROPS:
Several winter canola fields are in bloom.

AGRICORP:
No damage reports on wheat. One report was received of oats not emerging. Frost caused 10% loss on some cherry fields, and first cut on asparagus was lost. Agricorp is noting an increase in organics, which comes with specific challenges for underwriting. Weed control is the primary issue. Insurance is only up to the value of a conventional crop. Growers are encouraged to treat organics like a specialty crop. Industry is catching up with some growers achieving conventional yields organically.

ENVIRONMENT:
Lots of manure is being applied across the landscape. Haldimand clay soils are still too wet to receive manure. Some fields are getting worked too wet and/or planted too wet.

Crusting of clay soils in Haldimand County is part of growing in this region, but is notably worse on fields where soil quality is poor due to lack of rotation. Clay is heavily crusted in Haldimand and very wet beneath the crust. Some producers try to plant shallow into the crust but this will cause cracking down the row as the soil dries. 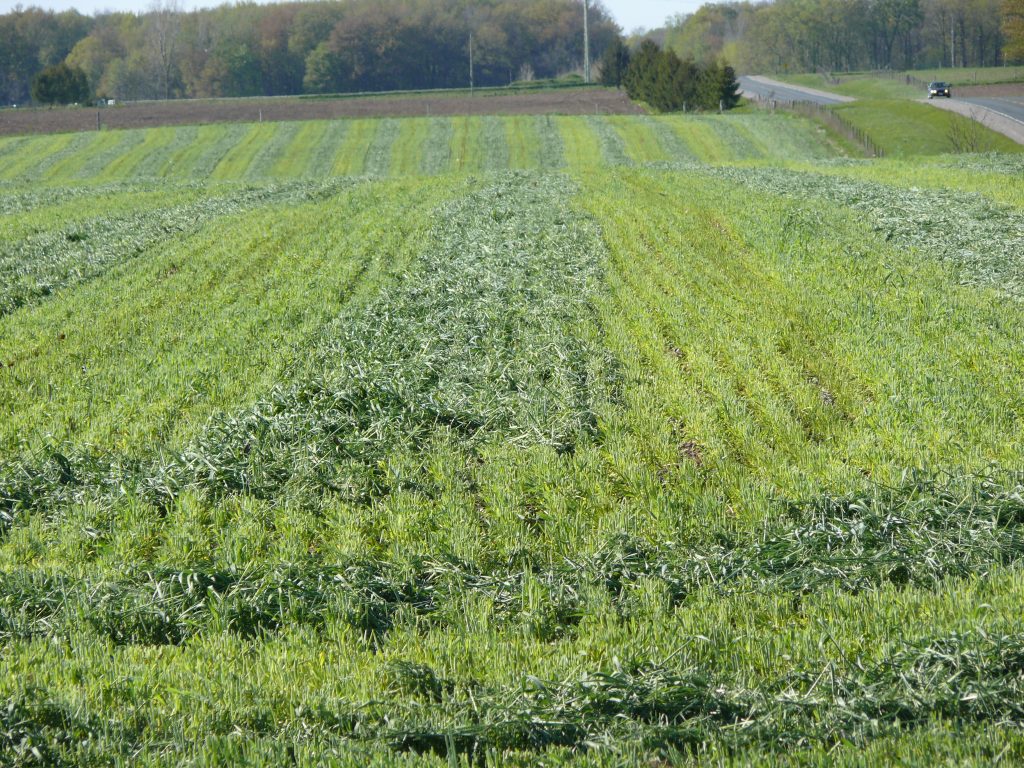