Split nitrogen applications in corn not only minimize risk of loss, but can also provide an opportunity to adjust rates based on rainfall, which is a key factor in corn response to nitrogen from year to year. Use decision support tools to help with your rate decision and don’t underestimate the value of long-term management practices to reduce in-field variability and improve the soil supply of nitrogen.

It is becoming clear that while a hot growing season with ample crop heat units can drive yield potential and response to nitrogen (N), precipitation plays a much more important role. Dr. Nicolas Tremblay of Agriculture and Agri-Food Canada (AAFC), recently analyzed data from 51 nitrogen response studies across North America, including Ohio and Quebec. He concluded that what he calls “abundant and well-distributed rainfall” is a major driver of nitrogen response of corn in both fine (e.g. clay loam) and medium textured soils. Abundant and well spread out rainfall in the weeks prior to and following sidedressing had a very strong positive effect on corn’s response to nitrogen. The response was greater in fine-textured soils than medium and light textured soils.

Similarly, the University of Guelph’s Dr. Bill Deen and others have found that optimal N rates are affected greatly by growing season rainfall amount, and that profitability depends much more on weather than on the price of corn and fertilizer. Those conclusions are based on a subset of data from the Ontario Corn N Database (213 trials from 1990-2013) and the long-term N response trial at the Elora Research Station since 2009.

Taken together, this research suggests that N response of corn is largely driven by yield potential and crop demand. In dry years response to nitrogen is likely to be lower, while in wet years it is higher.

This information may not be surprising to you. The question becomes, how can you better determine the best rate of nitrogen?

Use the Ontario Corn Nitrogen Calculator. The calculator can be downloaded as an app at www.gfo.ca/apps or as a worksheet from www.gocorn.net. It integrates decades of data from Ontario Corn N Database to provide a recommendation based on soil type, previous crop, fertilizer and crop price, crop heat units and expected yield.

The pre-sidedress nitrogen test (PSNT) can provide an indication of soil N supply as affected by moisture and temperature up until sidedress timing; it can help you tweak your Corn N Calculator rate. The new OMAFRA PSNT table, which can be found in the corn chapter of the new Agronomy Guide for Field Crops, integrates expected yield in its recommendation. Given the cool start to this season, OMAFRA’s annual soil N survey has shown lower than average soil nitrate levels this spring (8 ppm) compared to an average of 11-12 ppm over the past five years.

If you split nitrogen applications, there is an added opportunity. According to AAFC research, the rainfall 15 days prior to sidedressing and the forecasted rainfall 15 days following can be a helpful indicator of the moisture pattern for a given season. Until a decision support tool exists, this information cannot give you an exact recommendation; however, it can indicate whether you may want to err on the side of a lower or higher rate than the Corn N Calculator value.

How about long-term approaches?

We know that N response varies greatly from year-to-year and it may seem that as a grower or advisor, you have little control what the optimal rate will be. There are, however, management practices that can help increase nitrogen use efficiency of the corn crop and increase the supply of soil N.

One of the simplest steps is to include winter wheat as a regular part of your crop rotation. Research at Ridgetown has found that similar corn yields are achieved with less applied nitrogen in a corn-soybean-wheat rotation than a corn-soybean rotation. This is likely due to improved organic matter levels and a better soil N supply.

Having wheat in rotation also allows for a legume cover crop to be grown, such as red clover. A full stand of red clover provides a consistent N credit of 60-80 lbs/acre to the following corn crop. Other legume cover crops (e.g. hairy vetch, crimson clover) may also provide a nitrogen credit, and though firm numbers aren’t available in Ontario yet, early research shows good promise.

Finally, we know that soil organic matter plays a critical role in supplying N to corn. Addressing soil erosion and putting management practices in place to build organic matter are key long-term strategies to achieving a more uniform and consistent soil supply of nitrogen and response to applied N from year to year. 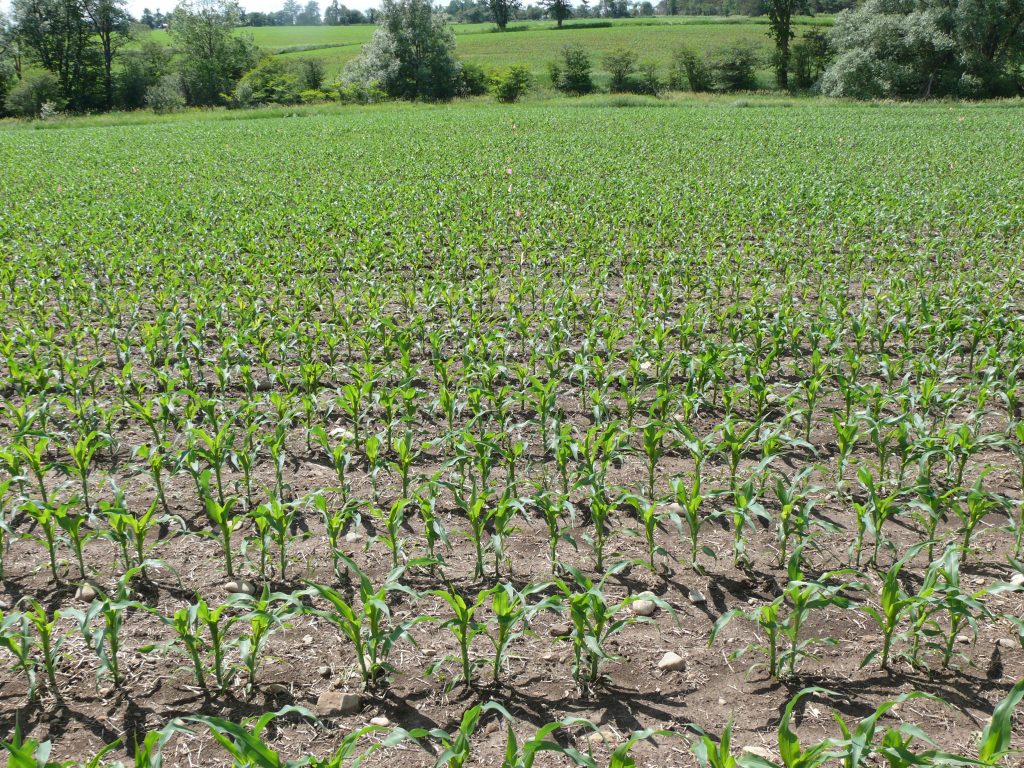 Figure 1. Corn that is ready for a sidedress nitrogen application 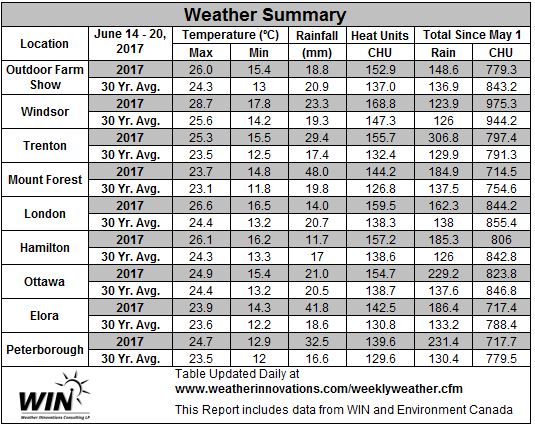