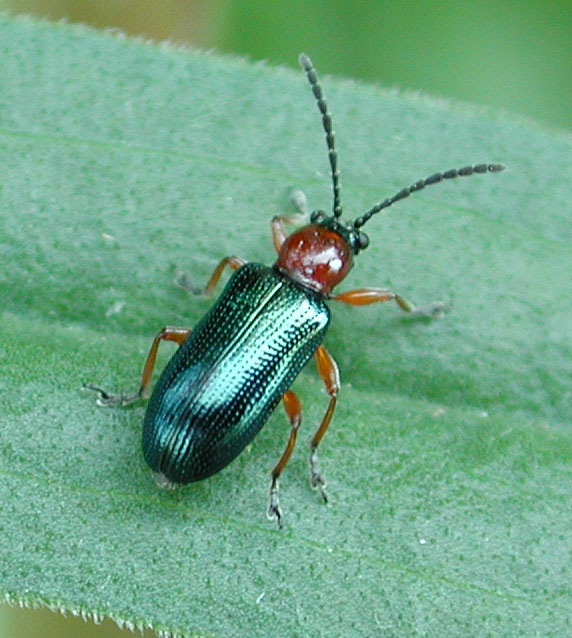 Weather conditions have been cooler and wetter than normal. The amount of rain has varied greatly across eastern Ontario. No-till ground has been slow and in some cases too wet to dry out beneath the crop residue and/or cereal rye and other cover crop material. Since the first of May to June 5th this year the Ottawa weather station has recorded 183.7 mm of precipitation and 464 Crop Heat Units (CHUs) compared to the 30 year average of 96 mm of precipitation and 517 CHUs. From May 1 we are about double the rainfall of normal and surprising only 53 CHUs behind the long-term. CHUs do not account for lack of sunlight intensity.

New forage direct seedings are doing well with rain. Stands planted end of April are now at 2nd to 3rd trifoliate. Lots of weeds present, but they have slow growth because of cool weather too. Weed control application has just started. Lots of weeds present, in particular shepherd’s purse but the growth has being slow growth because of cool weather too. Adding pursuit in stands where alfalfa is grown for seed production has been observed to have good weed control of shepherd’s purse (which loves cool weather) and for annual grasses

First cut has started. Alfalfa fields are just coming into the bud stage. Yields have been variable so far. Early spring fertilizer is making a big difference. Fields that didn’t get any spring fertilizer are yielding 1/3 or less of normal first cut. In some cases, the old stands are yielding better than ones seeded last year. Thin stands are filling in with grasses and dandelions.

Alfalfa weevils are present in western Ontario, but none have been seen in eastern Ontario to date.

Some emergency forages going in. Seems to be two extremes with farmers either having lots of forage inventory or almost none. A local seed dealer has sold 5 times more forage soybeans this year than in previous years. Forage soybean varieties are a long season, tall bean. Need to watch for white mould. Can be a problem for growers who are planting near the barn; high fertility fields that produce a lot canopy resulting in a higher risk of white mold. Forage soybeans are usually planted with a drill ion 7.5 inch row widths at 160,000 seeds per acre. Harvest around R5-R6 staging in early September. Growers are finding it more reliable than hay; yield and quality more consistent. A grower’s experience last year’s yield was 5 tonnes per acre dry at 20% protein. Need to consider the forage soybeans as part of the grower nutrition plan. Growers with forage soybeans should plan on a cover crop after harvest as there is a long grower period following harvest.

Several have grown cereal rye for spring forage. It can be difficult to manage and harvest in a wet spring like this year. If not harvested early, feed quality drops rapidly. In some of these fields are now going to be left for seed.

Winter wheat ranges from the early-boot to heads ½ emerged stage depending variety. Winter wheat development is on par with last year. Appears to have some powdery mildew disease pressure in some varieties. Fusarium application is better applied a bit later than too early. Ideal is three days after 75% head have completely emerged. On the earliest wheat, this will be in about 5 to 7 days, most in 10-12 days.

The 2nd nitrogen application has been applied on most field now. There are very few acres that were very wet that have no nitrogen applied yet, but weren’t able to plant any corn or beans on it yet either. Cereal leaf beetle pressure above thresholds required spraying in the winter wheat fields in west Carleton area. Lots of adults were found and will likely translate into spraying will be required in spring wheat. Last year numbers of larvae were high at heading time. Will need to scout before spraying fusarium fungicide so if an insecticide is needed, it can be tank mixed with the fungicide, rather than having to go in a week after spraying with an insecticide to control the cereal leaf beetle.

Some cereal rye grown for a cover crop that was too wet to harvest is now being left for seed production but not all of it got fertilizer. Some concern about ergot potential. Has been a bigger issue in hybrid rye. Only a few hybrid cereal rye acres in Ontario, mostly in the Simcoe to Woodstock area. Note that the hybrid seed is sold under a contract that the grower cannot harvest for seed (including cover crops seed), but for grain only.

Cereal rye as a cover crop should be planted thin; 35 – 40 lbs of seed per acre max otherwise it’s too thick, but still get similar root growth as if planted thicker. Needs to be planted green, even when out in head – if spray off first it’s like planting into a mat because dries so fast and planter can’t get through. After planting the soybeans into the cereal rye, roll the cereal rye to knock it down (which should kill most of it) and spray a few days after to get the cereal rye the rolling doesn’t kill. Other option is to kill it off around May 1st before too much top growth that the planter can’t get through.

Cereal rye grain is ready to harvest about 5 days after winter wheat. Watch for vetch because can’t clean the seed out. The price of cereal rye seed has dropped to about half of what it was. Now about $200 per tonne ($250 per tonne for good cleaned seed), last year it was over $400 per tonne.

Spring cereals are now being sprayed for weed control. Lots of annual grass pressure. Most stands are even with the exception of the wet pockets. Areas north of St. Isidore had water lying on them and got replanted to corn. Some growers had about 20-30% replant due to water lying and crusting.

As of today, basically all the corn that will be planted is in. Unseeded corn acres will be switched away from corn, most likely to soybeans. Less than 5% of the intended corn acres were not planted in the Winchester area, however there was more switching to shorter season corn hybrids further west of Brockville through the Quinte area and in Renfrew area. Overall, emergence although slow, seems to be good. Crusting has not affected corn to point of replant but the really early planted corn is uneven, only about 80% emerged. The earliest corn is almost at the 4 leaf stage. Yellow corn appearance most likely do to the excessive moisture and cool weather. In some cases of field saturation resulting in lack of oxygen to the roots. It doesn’t appear to be lack of nitrogen.

Depending on weed pressure, if possible delay weed control application a good 48 hour period after stress, then it should be safe. Cuticles are thin due to cool weather so growers should be prepared for a flash appearance on the leaves. This is the result of a combination of spraying on thin leaf tissue and the sudden rapid growth. Only about half the normal spraying is done. Less pre-emerge was sprayed by growers because they were focused on planting. Growers now switching to post-emerged programs.

Pre-Sidedress Soil Nitrogen Testing (PSNT) will start next week as things dry up. OMAFRA nitrogen soil tests from the Nitrogen Sentinel Plots are showing a trend to a slight a delay in nitrogen release this year as compared to 2016. Samples collected the week of May 23rd are reading around 7 to 8 ppm. Last year at the same time, it was between 8 – 9 ppm, but corn was more advanced at this time last year. Top dressing nitrogen will start next week. There is good supply of UAN and other nitrogen products available.

Black cutworm traps in Quebec and US are showing relatively low numbers. High slug feeding on lower leaves (in fields that have high residue and cover crops especially). Also fair bit of wind damage, especially in fields with no residue. Fields left rough last year from tillage are impacting this year’s corn. More emphasis needs to be from tillage to residue management.

Some growers baling corn stalks for bedding (on the dry days) and quite happy with it.

About 65% of the intended soybean acres are planted in the eastern part of eastern Ontario. This varies from farm to farm. Glengarry area has only about 10-15% of beans left to go in. Seed supply has been challenging to get the desired varieties. Emergence has been very slow. Stands are thinner than expected so far. Only the long-season varieties should be switch to more adapted varities at this point. In most cases it doesn’t make sense to switch until end of June. Population should be increased now by 5-10%, depend on white mould and plant characteristics. Some air planters have had issue with the big seed size. Lots of burn downs got missed so many dirty fields. IP fields are the priority, most got on pre-emerge. Good weed control so far, fewer re-sprays than last year.

Planting deadline for corn panting is still June 15th. Soybean planting deadline is still June 30th. Northern Ontario has an extension for soybeans and spring wheat in Area E (northern Ontario) from May 31 to June 5. There has not been any extensions for corn in Northern Ontario at this point. The group discussion was that no extension is needed in this area. For the Unseeded Acreage coverage, if by June 15th a grower thinks he can’t get them planted by the June 30th, then call Agricorp. The pay-out for unseeded acres is based on dominant crop from the previous year. A cover crop can be seeded on the unseeded acres after July 1st.

Overall market prices are holding. In the US 96% of the corn acres are planted, with 80% emerged. The higher Canadian dollar has reduced the basis.

Some concern with the low pre-emerged herbicides applied, there may be a shortage of some post-emerged products.

Thank you to Stephanie Nanne, P.T. Sullivan Agro and Sebastian Billiard, OMAFRA for taking notes for this morning’s meeting.