Winter wheat harvest has begun throughout southwest Ontario but intermittent rainfall has caused delays. Some farmers in Essex County have finished harvest and initial word is that the quality and yield of the crop has been good. Harvest progress is likely 7-10 days behind what was observed in 2016 but comparable to the 2015 season.

A significant amount of annual weed seeds can be produced and dispersed after wheat harvest if the ground is left fallow. In some years, annual weed seed can mature in as little as 4 weeks after harvest. Planting a cover crop (i.e. oats) after wheat harvest can do a nice job of minimizing the amount of annual weeds going to seed and then allows for an opportunity in the fall to terminate the cover crop and deal with perennial weeds at the same time.  If it is not desirable to plant a cover crop, shallow tillage can also reduce the amount of weeds setting seed and will allow the perennial weeds to re-grow so that they can be managed in the fall.

If red clover was inter-seeded into the wheat crop there are a couple of ways that you can knock back annual weed growth so that you can let the clover grow as much as possible and maximize its nitrogen credit. The tried and true method, but most labour intensive, is to “clip” or trim the top of the red clover which will ‘chop off’ the weed seed heads at the same time. More recently OMAFRA and the University of Guelph have experimented with the application of MCPA as a way to manage broadleaf weeds in a red clover cover crop. There are three key learnings from this work. 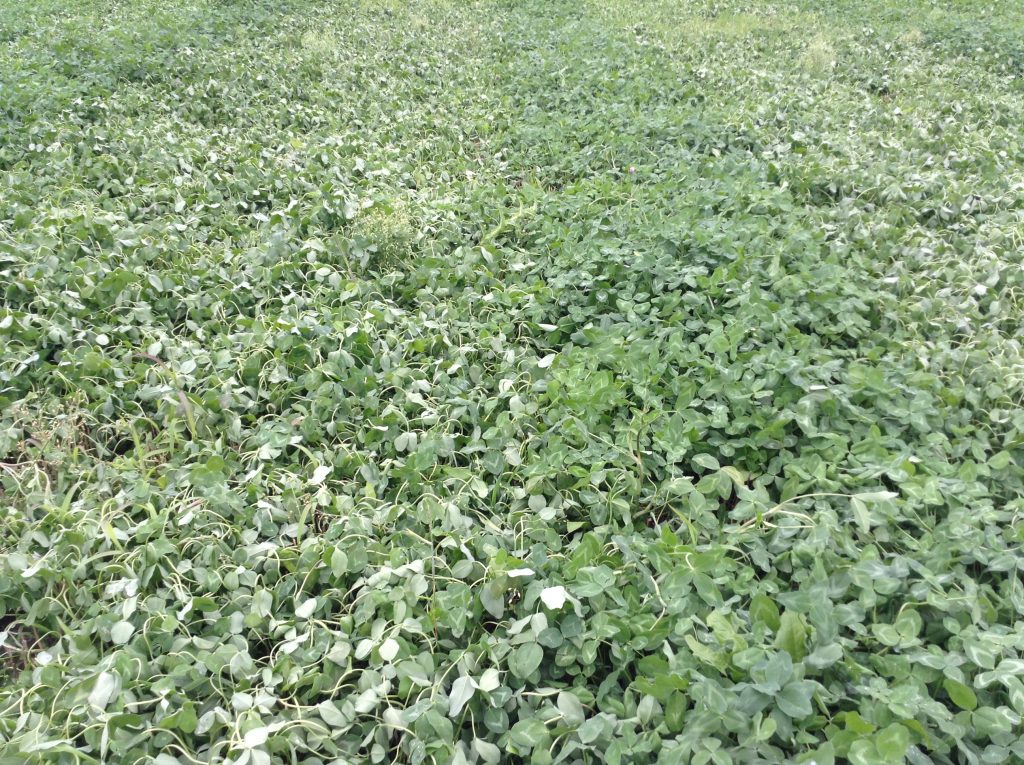 Figure 1:  Red clover at 7 days after an application of MCPA Ester (left) compared to an un-treated strip. Note the curling of the leaves giving a slightly grey appearance. 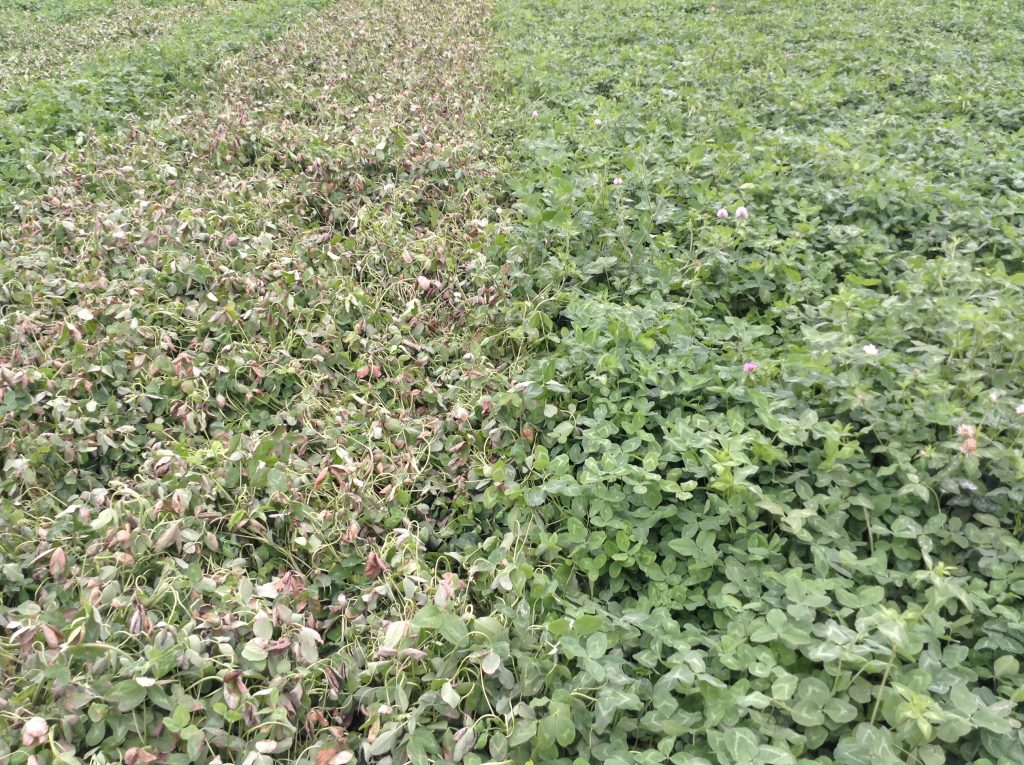 Figure 2:  Red clover at 7 days after an application of MCPA Amine (left) compared to an un-treated strip. The amine formulation has consistently provided greater foliar burn then the ester formulation.

Western bean cutworm moths have been found in traps throughout southwestern Ontario (Figure 3.). An interactive map of trapping numbers can be found at www.cornpest.ca .  Moth flight activity has indicated that it’s a good time to scout fields for egg masses which have become visible in several fields (Figure 4.) with some approaching or are above the action threshold of 5 egg mass per 100 corn plants.  Peak flight has not occurred yet in Ontario so to provide the most protection with one application, time the application once threshold has been reached and when there is an ear developing with fresh silks.  Download the pestmanager app (www.pestmanager.ca) to have access to management options for this pest. 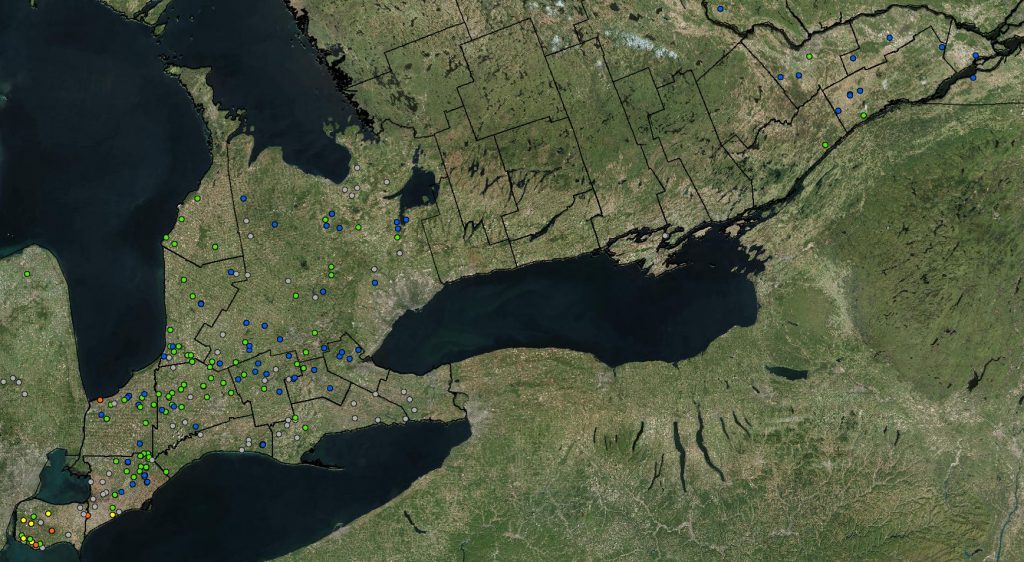 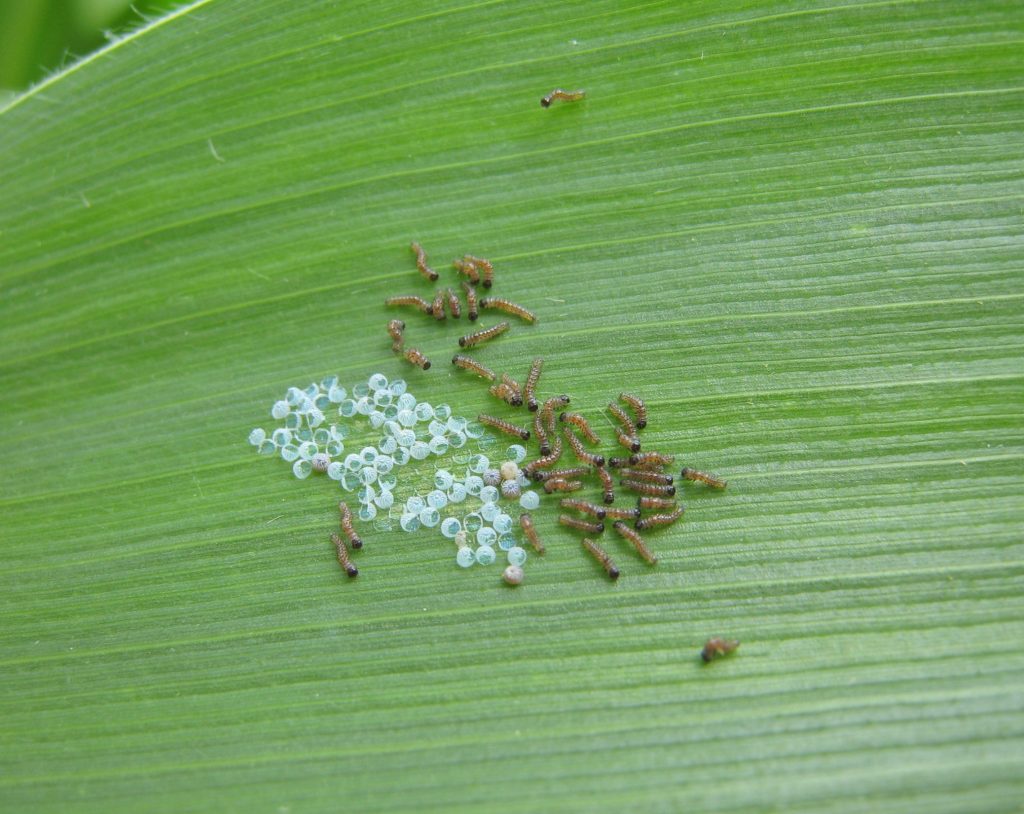 There have been no significant reports of soybean aphids, although regular scouting should be done from now until the R6 (full seed) stage of soybean to minimize any yield loss with this pest.  The action threshold is 250 aphids per plant, and with actively increasing populations on 80% of those plants when the crop is in the R1 stage until end of R5 stage.

Edible beans: Monitor traps to determine WBC presence in your area and be aware of what WBC infestations are like in adjacent corn fields.  Bean fields should be scouted as soon as a pod is developing to spot any pod feeding by western bean cutworm. Refer to the moth trapping maps at www.cornpest.ca  to identify areas where moths are actively being trapped. 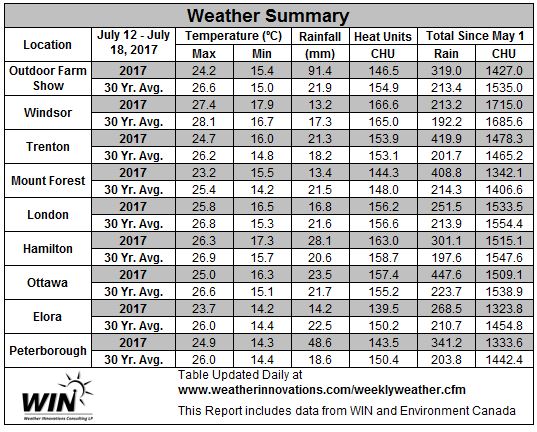