Many farmers have witnessed the value in applying herbicides in the fall to perennial weeds, especially perennial sow-thistle and dandelion (Figure 1.). Often they will see a reduction in their population the next year as well as a delay in their shoot emergence. This allows the planted crop to have a competitive advantage over those perennial weeds. Unfortunately weather conditions around the time of application can be quite variable and can influence a herbicide’s effectiveness. Let’s go through three “top tips” to make the most of this application window. 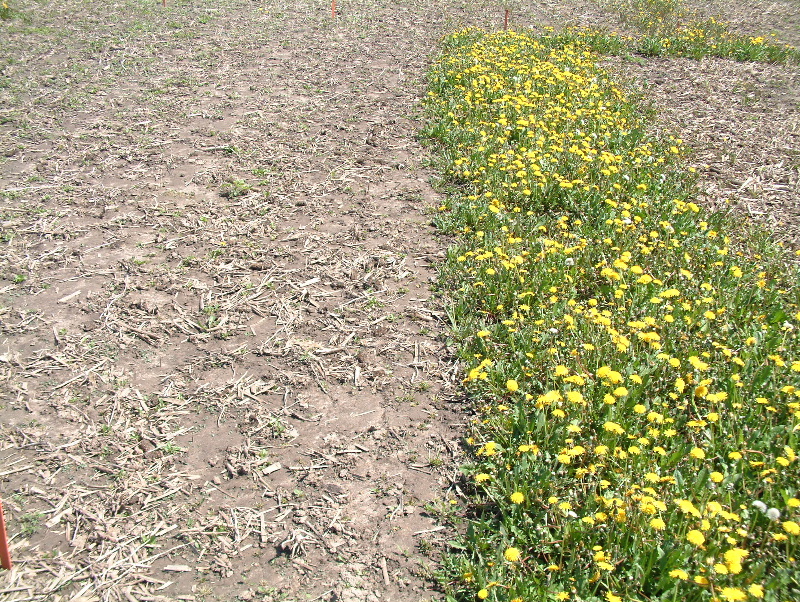 Figure 1.  The spring following a fall application of glyphosate (left) compared to no application (right)

Table 1. Best herbicide option for each targeted perennial plant based on research conducted by the University of Guelph, Department of Plant Agriculture. 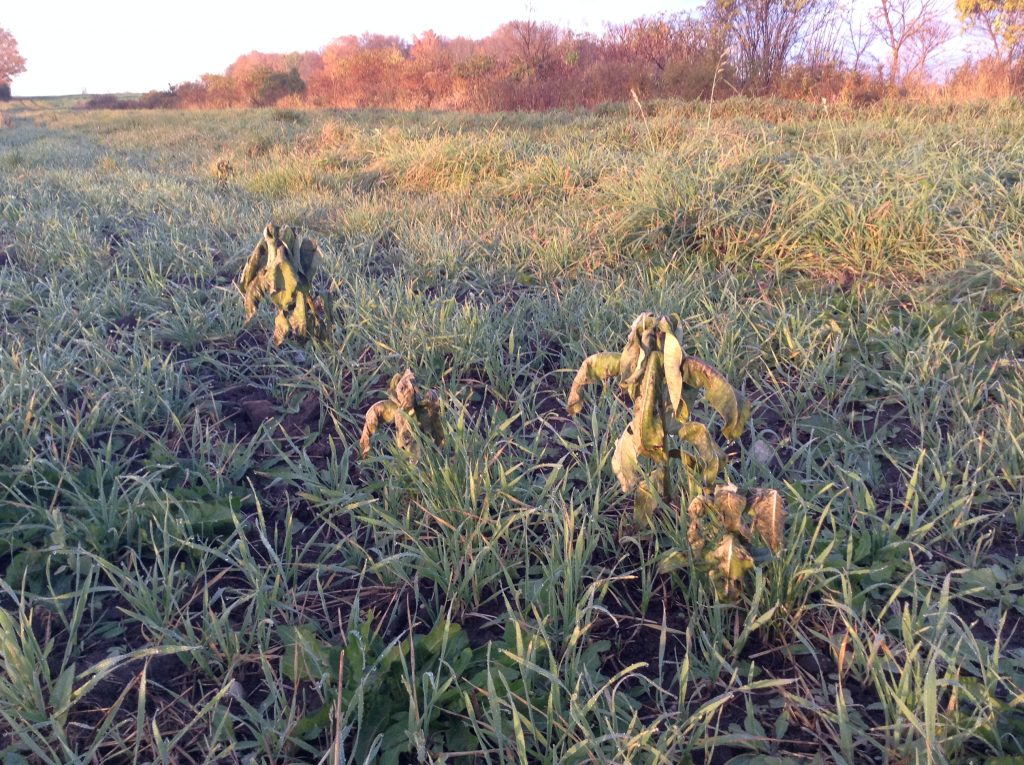 Figure 2.  Milkweed plants in wheat stubble 3 days after a frost where the night time temperature was -3˚C 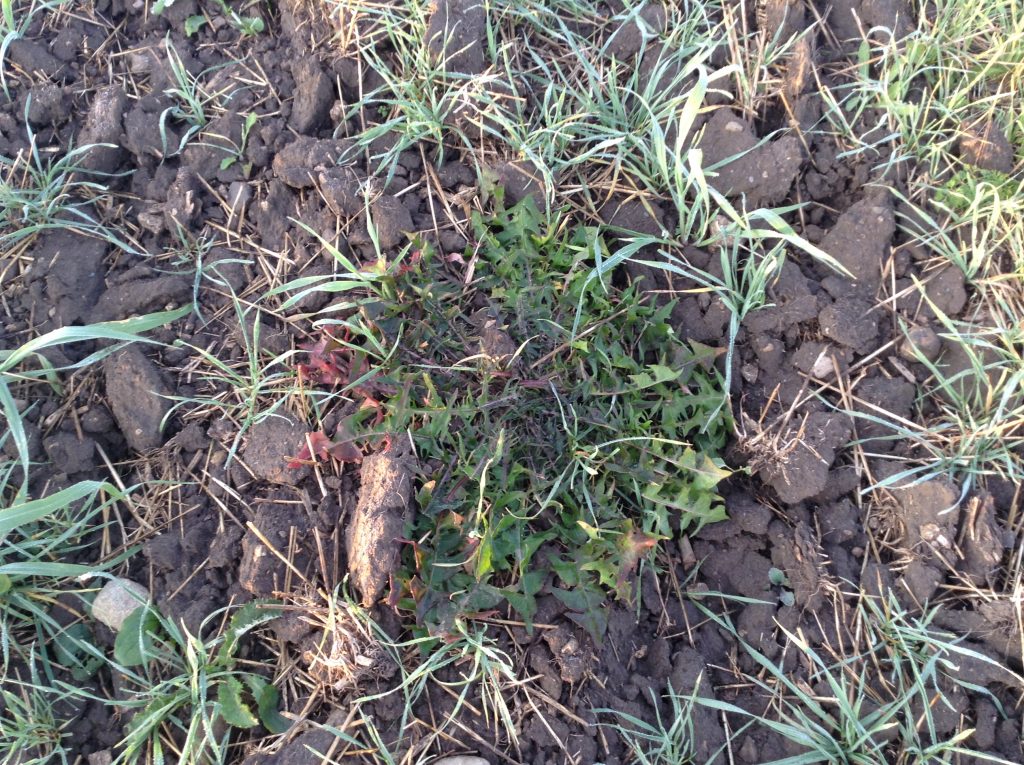 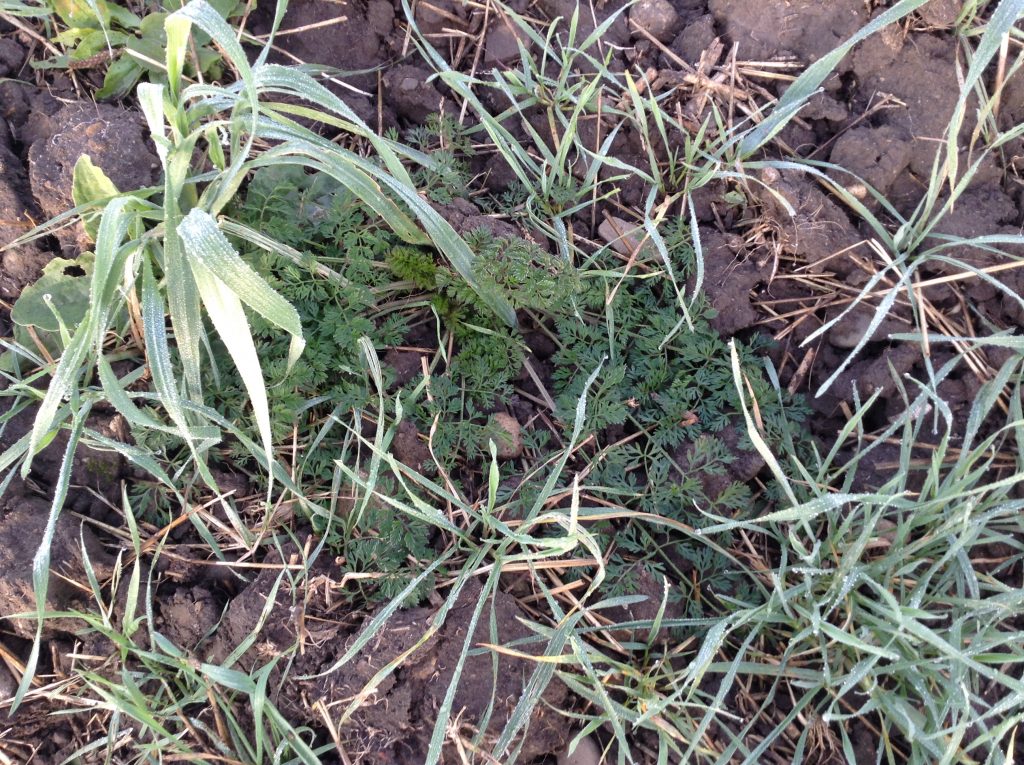 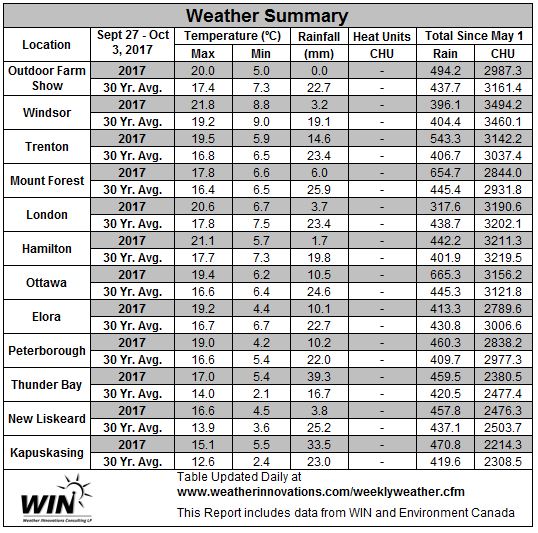