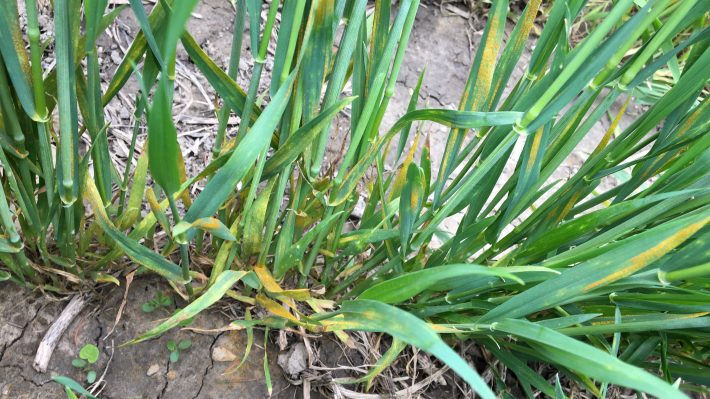 In 2016 the milder winter conditions resulted in early leaf and stripe rust infections in Tennessee and Kentucky. This resulted in rust spores being blown into Ontario earlier than we typically see. By mid-May 2016, stripe rust was prevalent in most areas of southwestern Ontario. Growers who selected tolerant varieties or applied a foliar fungicide were able to keep the disease at bay. However, growers that selected susceptible varieties and did not apply a foliar fungicide saw significant yield reductions where the disease was present. In 2017, stripe rust again arrived early in southwestern Ontario and was found in one field in Essex County the first week of May. Although we have not historically seen stripe rust at significant levels in Ontario in the past, it is important to have a plan in place in 2018 for managing this disease.

The optimal temperatures for stripe rust development are 10-15°C with periods of high relative humidity but as we observed in Ontario, stripe rust can develop at higher temperatures. Windy days will also help with spore dispersion. Stripe rust causes yellow to orange, blister-like lesions that are arranged in stripes on the leaf of the wheat plant (Figure 1). If left untreated, stripe rust can cause significant yield reductions. In 2016 and 2017, where growers had a high incidence of stripe rust that was not controlled through appropriate variety selection or fungicide application, yields were reported to be as low as 45 bu/ac. 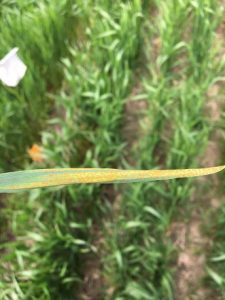 Spring may seem like a ways away but as we move into the 2018 growing season, scout fields early particularly when disease is being detected early in the season in neighbouring US states. Regular scouting assists in determining if fungal disease infection is progressing up the plant and is critical in determining if a fungicide application is needed, and at what timing. A lot depends on the level of infection, environmental conditions and crop susceptibility but by selecting resistant varieties and with regular crop scouting this disease can be managed effectively. 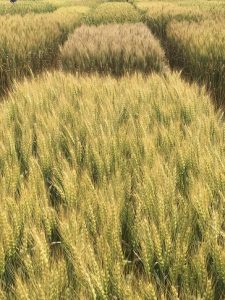 Figure 2: Stripe rust successfully managed with a fungicide in a susceptible variety in the foreground compared to no fungicide in the background. 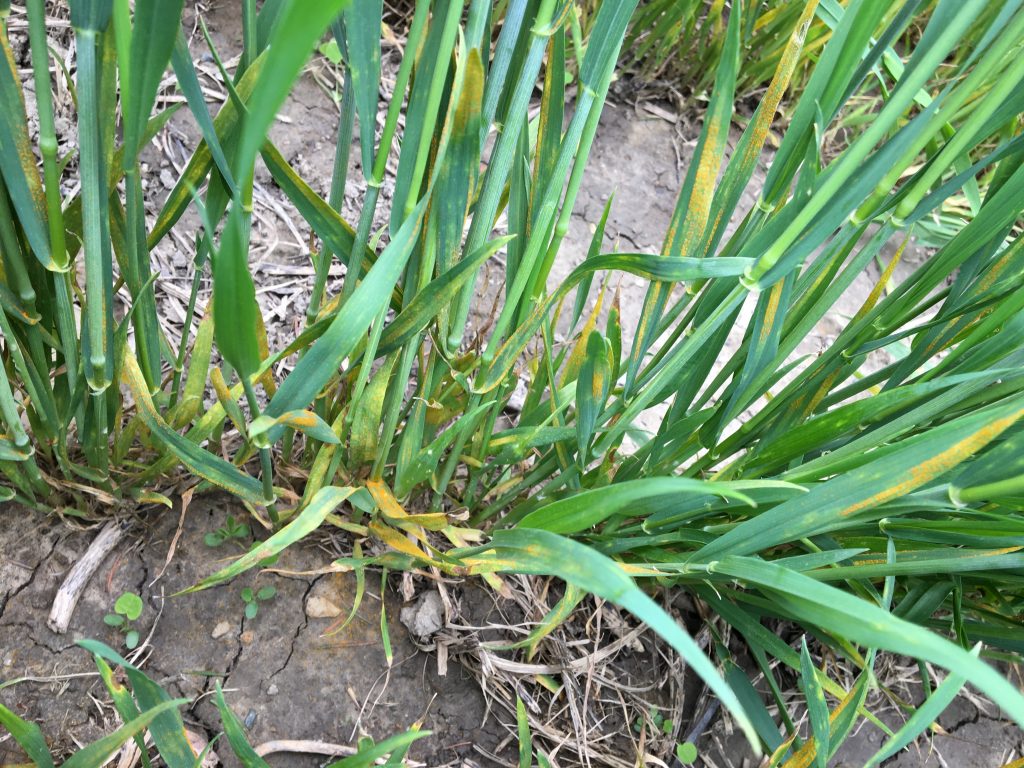