Red Clover is known to have many benefits in crop rotations both for soil health and fixing nitrogen for the following crop. Long-term rotation trials by Drs. Hooker and Deen, University of Guelph, have shown significantly improved yields to both the corn and soybean crop from the inclusion of wheat in rotation and the added value of wheat underseeded to red cover. 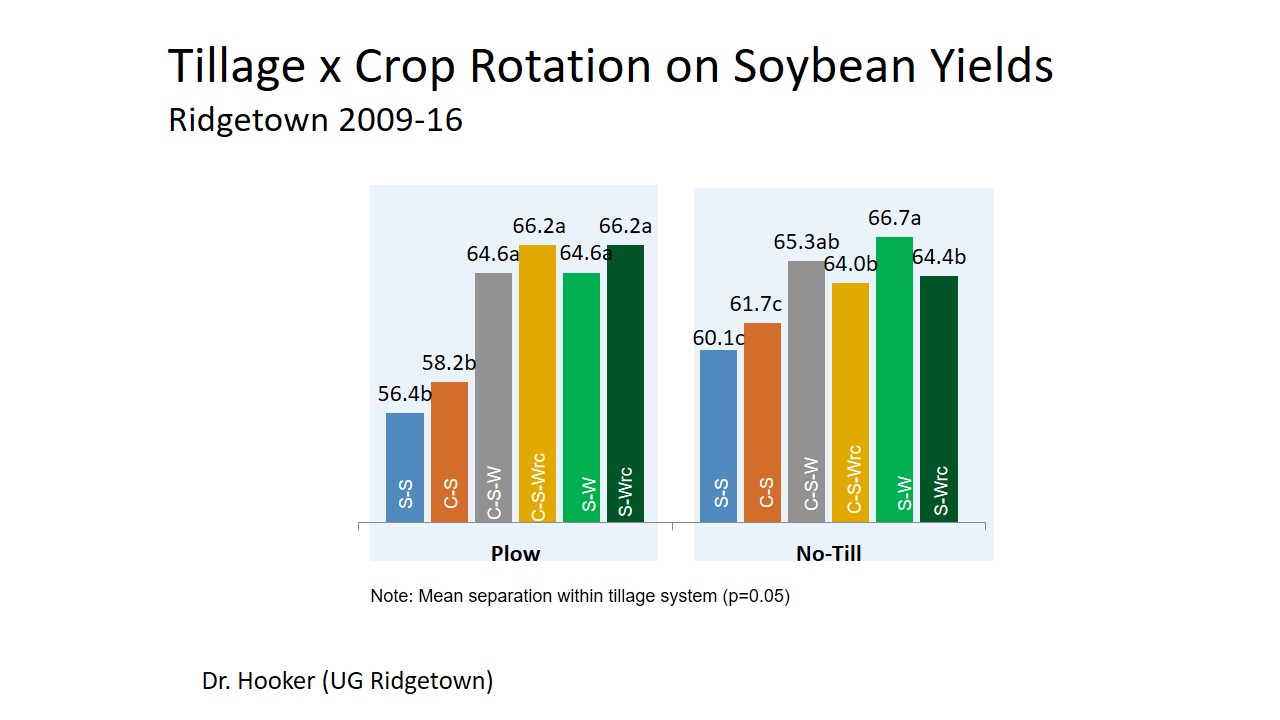 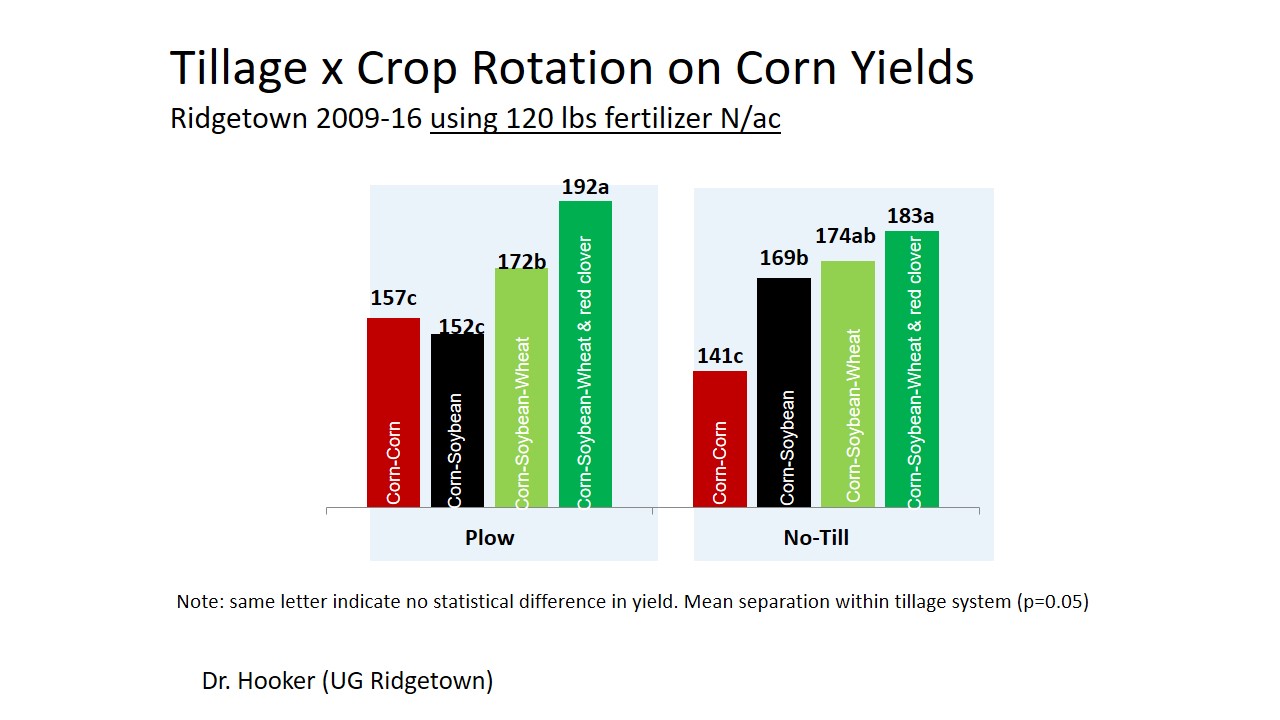 Research by Dr. Bill Deen, (Figure 1) has shown that the timing of nitrogen release from red clover aligns with the time when corn has the greatest need for nitrogen.

Figure 1: Timing of Kill and Timing of N Release from Red Clover 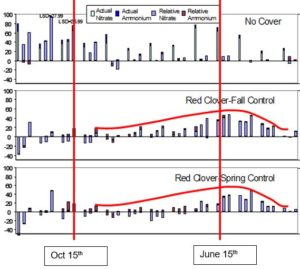 In recent years, with the emphasis on improved soil health and reduced soil erosion, more growers are looking at termination options that maximize the benefits from red clover other than fall tillage. With that in mind, a trial was conducted at the Winchester Research Station to compare the traditional fall tillage with a fall versus spring termination of red clover in the following cropping systems; 1) spring (reduced) tillage, 2) no-till system, and 3) “Plant Green”. In the “Plant Green” system, corn is no-till planted into living red clover and then immediately followed with an herbicide burndown of the red clover. The goal of the “Plant Green” approach is to avoid the residue plugging of the planter for better planting depth and emergence. The MERN (most economic rate of nitrogen) was calculated to look at the potential value of reds clover in each systems approach.

The following 9 treatments were set up in a randomized 4 replicated block. For each treatment, a side by side 0 and 150 pounds actual nitrogen per acre (lbs/ac) plot w ere included to calculate the MERN for each treatment.

Photos 1 to 5 show the stage and condition of red clover plots in early 2017 growing season. 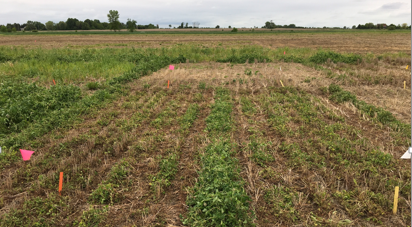 Graph 1: 2016 corn yield at the 150 lbs/ac actual nitrogen rate and the calculated MERN for each treatment, respectively. 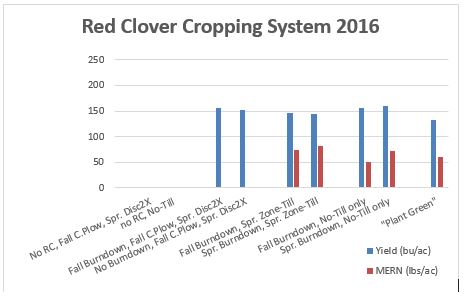 Note: The “No Red Clover” comparison was not included in 2016.

In 2016 conditions were very dry from planting through most of the growing season. Other than the “Plant Green” treatment, there was very little yield difference between the corn cropping systems. It is interesting to note that although there is little difference in corn yield there was a difference in the MERN. With fall tillage (plowed) the MERN was 0 lbs/ac nitrogen. This would indicate that more of the nitrogen was released from the red clover than the other treatment. It is also interesting to note that the MERN was slightly higher (meaning more nitrogen was required) when the red clover burndown application was delayed until the spring versus the fall applied burndown, while yields of these treatments were similar.

Graph 2: 2017 corn yield at the 150 lbs/ac actual nitrogen rate and the calculated MERN for each treatment, respectively. 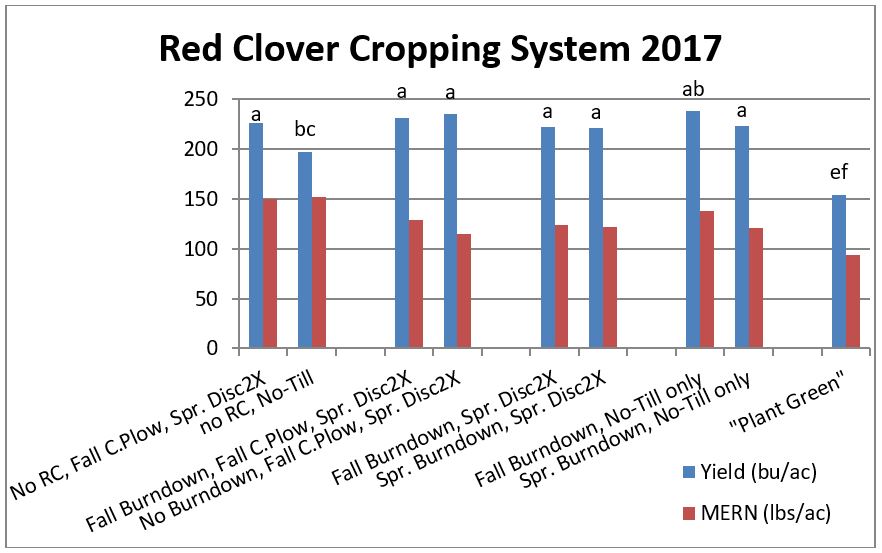 Yields with the same letter indicate no statistical difference in yield

2017 was a very wet growing season. There is no statistical difference in yield between the conventional till, reduced till (spring discing) and no-till yields when the red clover was terminated prior to planting. However there was a lower yield where corn was no-till planted as compared to conventional tillage following winter wheat without red clover. This shows an added benefit of the red clover in a no-till system. There was also significantly lower yield in the “Plant Green” cropping system approach in 2017 as in 2016.

As would be expected, the MERN was the highest in the ‘no red clover’ treatments, indicating the nitrogen contribution of red clover. Interestingly, the advantage to the fall burndown of the red clover was not consistent in both years. This may have been due to the excessively wet growing season in 2017.

Overall, in both 2016 and 2017, yields of no-till planted corn into terminated red clover were comparable to yields under conventional tillage. Yields were significantly lower with the “Plant Green” cropping system, where the red clover was not burned down prior to planting. The MERN was highest where red clover had not been seeded. When is best time to terminate the red clover in the fall or the spring prior to planting, is dependent on the moisture during the spring and early summer growing season.

This project was funded by the Ottawa Valley Seed Growers Association and conducted at the Winchester Research Station. This project was conducted with assistance from Holly Byker, Ian Deschiffart, Harry Hitsman, Ben Melenhorst and Anna Stubbings.