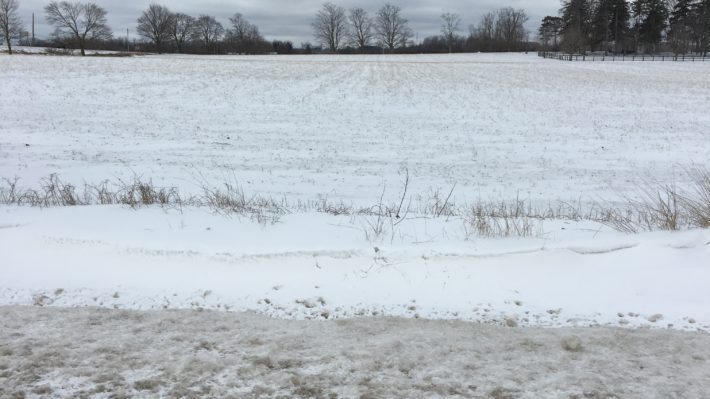 The 2018 season is obviously off to a slow start following a significant storm system that brought freezing rain, ice pellets and snow to much of the province on the April 14th weekend. As of April 18th, it’s easy to find fields that are still snow covered (Figure 1). The weather and soil conditions will eventually turn more favourable and when it does field activities will begin at a rapid pace. The following is an overview of where crop conditions are at so far and management considerations for the upcoming 2018 crop. Winter Wheat: Seeded acreage is estimated at 930,000 acres, down approximately 1% from last year. Currently, most of the winter wheat crop looks good. Recent cold temperatures have resulted in slow growth. Some frost heaving has been observed mainly in fields that were planted too shallow. Most of the wheat was planted early and developed a good root system and has 3 tillers. Water ponding has occurred in some areas of the province, particularly in low lying parts of the field, and there is little expectation for survival but thankfully this does not represent a large percentage of the total acreage seeded. There is concern in the Niagara area that the wheat may not have come through the winter very well. In the last two weeks some nitrogen was applied to the winter wheat, but the majority of the winter wheat crop has not received nitrogen. On the positive side, there was a longer than normal window this spring to frost seed red clover into winter wheat and many growers took advantage and its estimated that acres with under-seeded red clover is higher than normal.

Corn: Planting depth should be around 5 cm (2”) as shallow planting (less than 3 cm or 1.25 in. deep), even into moisture, may lead to less favourable positioning of the growing point and first nodal roots. This may lead to rootless corn syndrome. Coarse-textured soils that dry rapidly at the surface will also be more prone to poor root establishment with shallow plantings. To minimize yield losses from weed competition the corn crop should be kept weed-free from emergence until the 6 leaf over stage. If the goal is to minimize weed seed return, a farmer would extend that weed-free period until the 8 leaf over stage.

Soybean: Although planting date is an important management tool to maximize yield potential, past Ontario research has shown that close to 100% of one’s full yield potential can still be achieved provided the crop is planted within the first 20 days of May and into good soil conditions. Soybeans are more sensitive to soil temperature than corn. However, if soil temperature and moisture conditions are suitable for planting corn, they are generally also suitable for soybeans. A hard spring frost can kill early-planted soybeans, since the growing point of the emerged seedling is above the soil surface. However, soybean plants can withstand temperatures as low as -2.8°C for a short period of time, while corn experiences tissue damage at -2°C.

Applying a pre-plant burndown to control weeds as soon as possible will provide a clean seedbed in no-till and minimum till production systems. Ideally a burndown is applied 10-14 days prior to planting so that all undesirable plants are dead and easy to plant through. Applying a burndown application after planting can reduce weed control and increase the risk of crop injury, especially when applied later than three days after planting. Glyphosate resistant Canada fleabane (Figure 2) is one of the most significant yield-limiting weed species in soybean and must be controlled prior to planting. Ontario research by the University of Guelph (Ridgetown Campus) has shown that a pre-plant application of glyphosate + Eragon LQ + Sencor 75 DF at 220 g/ac + Merge Adjuvant provides effective control of this species. If growing Xtend soybean (dicamba and glyphosate resistant), a pre-plant application of dicamba, at the high rate, is also effective. If tillage is your primary method for removing weeds prior to planting, even small Canada fleabane rosettes will have dense fibrous roots that can stay bound to soil and allow the seedling to survive (Figure 3), therefore multiple tillage passes have proven most effective.  To minimize yield losses from weed competition the soybean crop should be kept weed-free from emergence until the second trifoliate stage. If the goal is to minimize weed seed return, a farmer would extend that weed-free period up until the third trifoliate stage. Canola: Soil surveys conducted during the 2017 season have revealed that clubroot is present in most canola growing regions. Farmers that have found clubroot on their farms should take at least a 2 year break from canola, and should do their best to control volunteer canola and other Brassica weeds (e.g. wild mustard) within 7 days of their emergence. Early adoption of clubroot resistant varieties in Ontario is highly recommended to keep clubroot disease in check. Farmers that should consider moving to clubroot resistant varieties include:

Resistant varieties work best at low levels of clubroot.  If significant infection or yield loss has been observed, spore counts in the field will be high and even a resistant variety may show symptoms. Figure 4: Canola plants with early clubroot infection that did not produce pods. 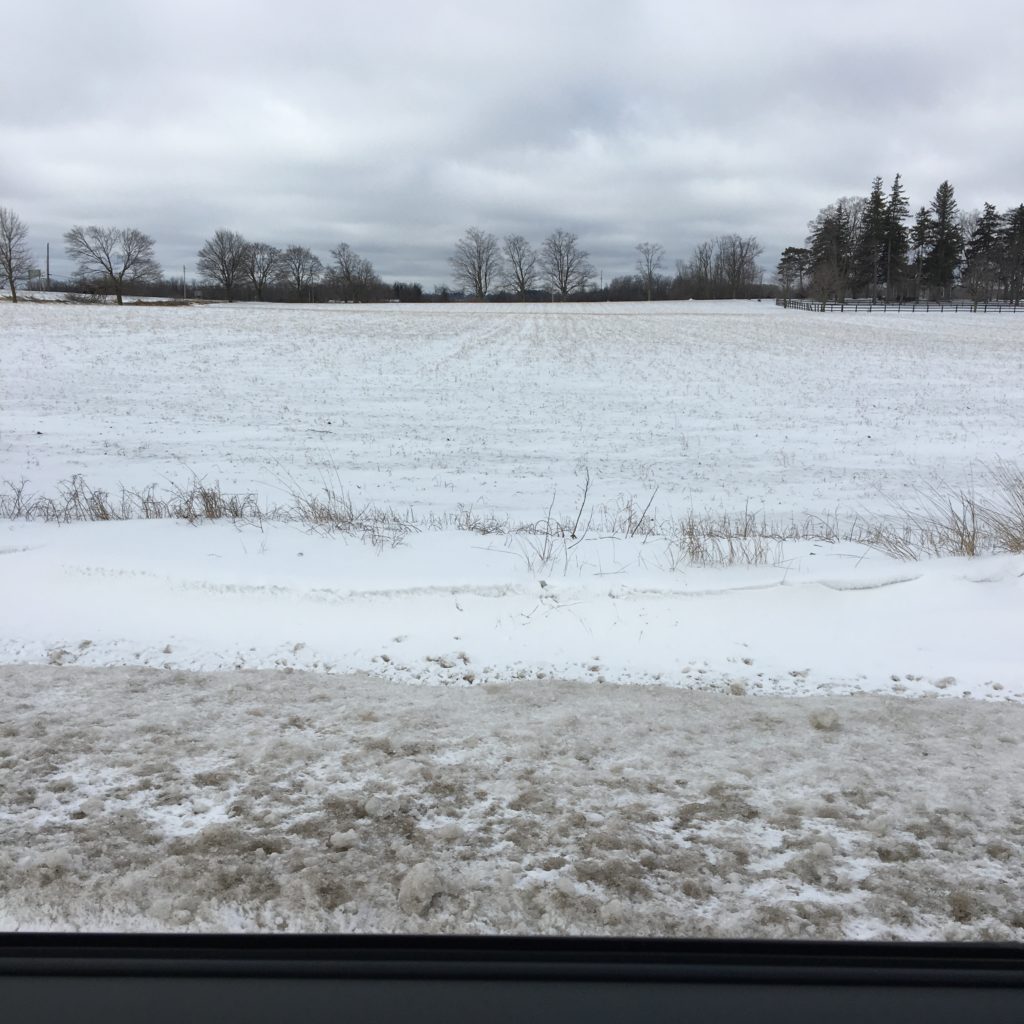