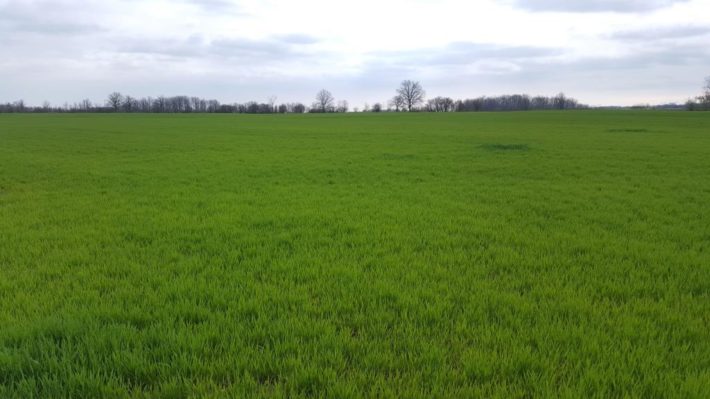 Thank you to Huston De Brabandere who chaired the breakfast meeting and to Greg Stopps (DuPont Pioneer) who sponsored breakfast.  There was an excellent turnout and discussion.  The next meeting will be on May 15 starting at 7:00 am for breakfast (meeting starts at 7:30).  David Townsend will be the chairman.

Synopsis: The sun is shining today and growers are starting to scratch dirt with corn planting in the area expected to start today.  The corn and soybeans that have been planted have been mainly in the southern part of the province.  Up to 70% of winter wheat acres in have now received nitrogen.  As you move further east less nitrogen has been applied.  Growers committed to underseeding red clover put it out last week in fields they were not able to frost seed this spring.  There seems to be a shift from underseeding wheat to red clover to planting a cover crop after wheat harvest.  Approximately 10% of the winter wheat acres have been insured for underseeding of red clover.  Fields that did not have any fall weed control are seeing flowering chickweed, as well as speedwell and Canada fleabane.

Weed Control: Canada fleabane is expected to bolt in the next week or two, so it’s important to scout fields and control it as soon as possible.  Colts foot is also being found so dandelions will be close behind.  For anyone interested in taking Peter Sikkema’s herbicide course, it is being offered once again in February.  Please contact Peter Sikkema or Darren Robinson for more information.

Soybeans: There has been growing interest the last number of years to apply MAP in furrow with soybeans.  Soybean seed is very sensitive to fertilizer burn so seed placed dry fertilizer is not generally recommended. This has not stopped some growers from applying small amounts of fertilizer in furrow, especially in fields with low fertility.  Risk of burn from fertilizer varies depending on salt index, although it is not the only factor to consider.  MAP is one of the safer granular products to apply with seed, especially compared to N or K.  The salt index for various fertilizers are as follows: MAP – 30, Mesz – 23, K-Mag – 43, urea – 75, and AMS – 69.  Past Ontario research has shown that with 15” rows, 50 lbs of MAP was relatively safe, although small plant stand reductions were observed.  On sandy soils under dry conditions even this amount of MAP may cause problems.  If the soil test was low there was a 3 bu/ac increase but where the soil test was moderate to high there was no yield response.  There is little evidence that seed placed fertilizer provides a greater benefit compared to broadcast fertilizer.  The Mosaic Company conducted trials to assess soybean seed safety.  In 7.5” rows 100 lbs of MicroEssentials SZ in furrow was considered relatively safe.  However, there was still a 37,000 plant stand loss.  Generally speaking the risks associated with seed placed dry fertilizer in soybeans outweigh the benefits, especially since there is no benefit over broadcast applications.

Corn:  Some corn planting was reported to have just started on lighter soils, while it was noted several growers in the area had plans to start tillage and planting in the next day or two. Fertilizer dealers noted they are beginning to receive calls for corn fertilizer applications. There have been a number of growers moving to strip tillage in the province.  As we reduce tillage, starter fertilizer becomes more important. While phosphorous is usually top of mind, Ontario research has demonstrated the importance of also having some potash in starter fertilizer, especially on lower testing soils, and even in some cases where potash had also been broadcast. There was some discussion around strip tillage fertility management, in particular nitrogen. No safe fertilizer rates have been established for strip tillage in Ontario. Some Ontario research has investigated improvements in crop safety by using urea/ESN blends over urea alone when moderate amounts of nitrogen are applied in the strip (https://bit.ly/2HQhUQk).

Wheat: Fields are really starting to green up.  There are some fields with heaving issues in Grey and Bruce counties.  Those fields are expected to go into soybeans.  Acres intended for split nitrogen applications are moving to one application due to timing and logistics.  Very little disease has been reported to date.  Some septoria in fields in the deep south of the province.  Stripe rust has been found in Kentucky, Tennessee and Illinois on susceptible varieties.  No fields have been reported in Ontario but growers are encourage to scout their fields and keep an eye out for any updates or reports of stripe rust in the province.  Fields that received a herbicide last fall are much cleaner.  Fall herbicide applications provide clean fields in the spring and also allows for proper fungicide timing.  Those fields that did not receive a herbicide in the fall are seeing flowering chickweed, large Canada fleabane rosettes as well as speedwell.  The consensus in the room is that less than 25% of the winter wheat acres receive a fall herbicide application.  Mineralization of sulphur is expected to be slow due to the cool spring so growers should consider applying sulphur with their nitrogen applications.  Sulphur may also need to be considered for alfalfa and corn particularly on sandy soils with low organic matter.  There have been reports of winter wheat and alfalfa roots in the tile.  Starting to see this more as we increase yields and larger root systems scavenge for water.  Spring cereals and alfalfa planting is underway.  The Environmental Protection Agency (EPA) in the United States has established a maximum residue limit (MRL) on Manipulator.  As a result there is no declaration needed.  Growers who currently have contracts stating they will not apply Manipulator should speak with their elevators regarding the use on their crop.

Intercropping and cover crops: There are some growers who are testing out intercropping 7.5” twin row wheat with soybeans or adzuki beans (relay cropping). The only herbicide that could be applied to emerged winter wheat and before planting soybeans is 2,4-D Ester 700.  Individuals in the room discussed weed control options to investigate in small plot research for the purpose of registering more herbicides and the group consensus was that the safest options would likely be bromoxynil plus MCPA or bromoxynil plus 2,4-D ester at least 7 days ahead of soybean planting and 14 days ahead of edible beans.  Fields planted with cover crops last fall that have had no tillage continue to have lots of residue.  These fields are remaining wet relative to fields without a cover crop.  This is due to the cool weather we have had this spring and little activity from organisms in the soil to break down that residue.  Ensure fields are fit before planting.

Agricorp: May 1st was the last day to make changes to crop insurance and the last day to add coverage for winter wheat.  About 100 damage reports have come in on winter wheat primarily in Essex, Chatham-Kent, Lambton and Niagara.  Most of these reports have come in the last week with excess moisture being the issue in many cases.  As wheat continues to green up more calls will come in over the next week or so.

Report Damage as soon as it occurs. 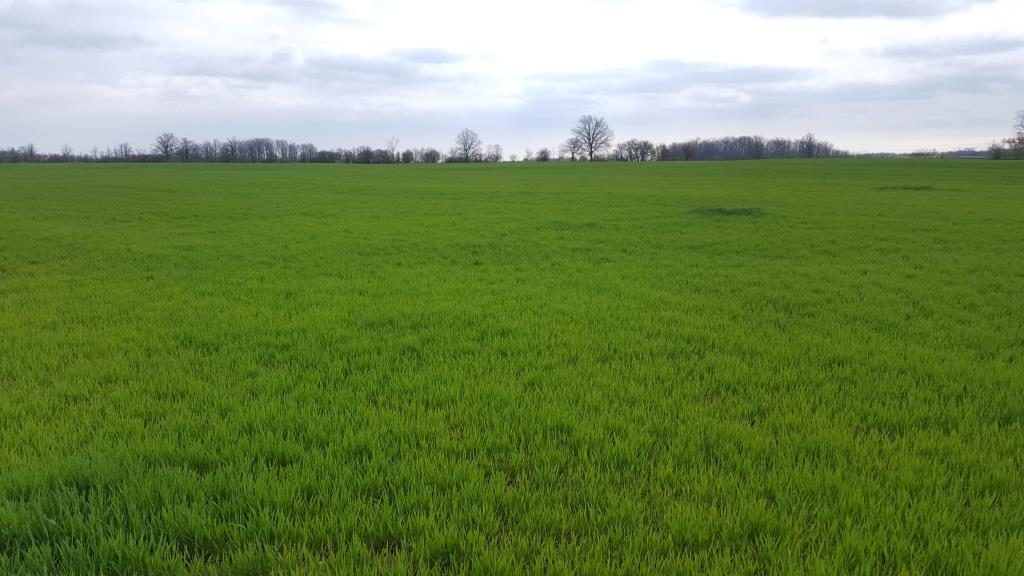