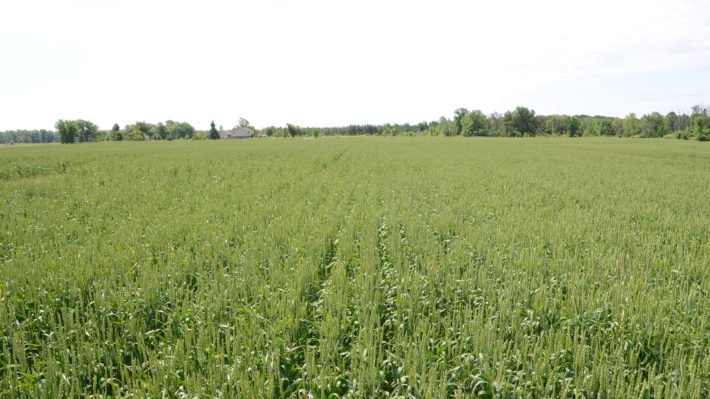 Breakfast Sponsor: Thanks from the group to Chris Robson – DuPont/Pioneer (Corteva)

Quote of the Week:

Synopsis: Some areas received minimal rain (0.1-0.3”) while other parts received a wonderful 6/10” rain over the weekend was a huge help to the crop. Soybeans struggling to emerge, or corn planted a bit tough and struggling to switch to secondary roots all perked right up with the moisture. Areas that missed the rain would have also really benefited, and some fields are less than perfect, but for the most part things are in great shape. The crop is essentially all planted except for a few areas in Essex, emergence was incredibly fast with the heat, side dressing is well underway, and spraying is the main bottleneck. Wheat has headed and the window for fusarium control has essentially passed in Essex and Kent, with fusarium applications in high gear in Elgin, Middlesex, Lambton and further north. Perfect timing of head sprays was nearly impossible, with wheat beginning to pollinate before it even emerged from the boot, due to the extremely high temperatures. Head snag was very significant, again related to the heat. Yield impact will be minimal. Cereal leaf beetle is reported at threshold in some very non-traditional areas, even on heavy clay soils in Essex (Emma Epp). Yield loss can be quite significant (15 bu/ac), but timing of control is critical to prevent damage and yield loss. Any spring cereal fields should be monitored closely, as CLB are likely to migrate there. Disease pressure generally remains low, with a few reports of mildew, and the first report of stripe rust (near St Mary’s) just being reported after the meeting (Steph Kowalski). It was found at low levels on the flag leaf (susceptible variety) which indicates wind dispersal from the US.  This is two or more weeks later than the past two years.  A fusarium timing (T3) fungicide will reduce stripe rust and other late leaf diseases.  In research trials, foliar ATS with herbicides or fungicides showed significant leaf burn, but yield impacts remain to be evaluated (Joanna Follings). Dissolved urea at full strength also showed significant burn.

Corn: Stands are generally excellent. Very little hybrid switching, with most intended acres planted, and only a few acres needing “patching up” in areas of Chatham-Kent that had heavy rainfall and significant ponding. Early cornfields are at 8 leaf stage which is the end of the corn herbicide window. Growers need to stage corn and pick appropriate herbicides, with label restrictions at 5 leaf, 6 leaf and 8 leaf stage depending on the herbicide used. Side dressing is well underway. Surprisingly, early nitrate nitrogen sampling has shown nitrate levels to be similar to last year, or even slightly higher (Dale Cowan, Ben Rosser). It was suspected that the cold April would result in lower nitrate levels, but the warm May seems to have balanced that scenario. The official OMAFRA provincial nitrate sampling is underway this week. Results should be available at fieldcropnews.com on Friday.

Soybeans: Planting is wrapping up even in the delayed areas, with a few growers only 50% complete but able to plant this week.  Emergence was incredibly fast, often in 4 days, and caught a few growers behind with the spraying. In the heart of glyphosate resistant fleabane and waterhemp area, growers have learned that you DO NOT PLANT until the sprayer leaves the field.  IleVO has shown the typical “halo” effect in some fields, an expected outcome with the high temperatures experienced. Ontario research has shown no effect on yield and generally positive if SDS is an issue.

Weed control: Many fields are following the “start clean, stay clean” mantra, but there are some dirty fields out there. Early weed pressure costs yield! Peter Sikkema reported that for every inch of weed growth competing with the corn from 0-4”, corn loses 2 bu/ac. Weeds from 5-8” cost 3.5 bu/ac, and weeds from 9-12” cost 5.5 bu/ac. Given that it still costs the same to kill the weeds before emergence or at 6”, this cost is huge and totally avoidable. Start clean, stay clean until 6 leaf corn or 3 trifoliate soybeans!

Trials have shown that tribenuron continues to be the “go-to” product for chickweed control in winter wheat. Simplicity also gives excellent control, although its activity is much slower.

Growers should watch for inversions if dicamba will still be applied to fields, now that all soybeans have emerged. Spraycast is a good place to start with the potential for an inversion, but the best and simplest test is to carry some baby powder. Toss some baby powder into the wind before you start to spray, and watch where the dust goes (Rich Anderson).

Insects: Alfalfa weevil pressure is high. Monitor regrowth in harvested fields. Wireworm levels are far greater in most fields than normal. Remember that the life cycle of wireworm is 6-7 years, so wireworm you see today have been present for at least 2 years (hard to find the first 2 years, very small). As well, they must feed on the plant in order for seed treatments to kill or deter them, so some damage on the plants is to be expected. (Lisa Power). CLB is above threshold, as per the wheat section.

Horticulture crops: Tomato transplanting is wrapping up and should be completed by weekend. Tomato plant growth is excellent. A few drowned out areas have been worked up and replanted to soybeans.  Crabgrass is beginning to emerge, and group 1 resistance is a definite concern.  Sugar beet stands are good and are doing well. Peas do not like heat, and the high temperatures last week will likely reduce yields in some fields.

Next Meeting: Ridgetown Agribusiness meetings are held in the Willson Hall Campus Centre (downstairs) at the University of Guelph Ridgetown Campus. Meetings start at 7:15 am with breakfast and every two weeks on Tuesdays.  One continuing education unit (CEU) is available at each meeting for Certified Crop Advisers. Next meeting is June 19, 2018.

Field Crop Protection Guide, Publication 812 (2018-2019) is not available in a print version yet but is now available on the OMAFRA website at http://www.omafra.gov.on.ca/english/crops/pub812/p812toc.html 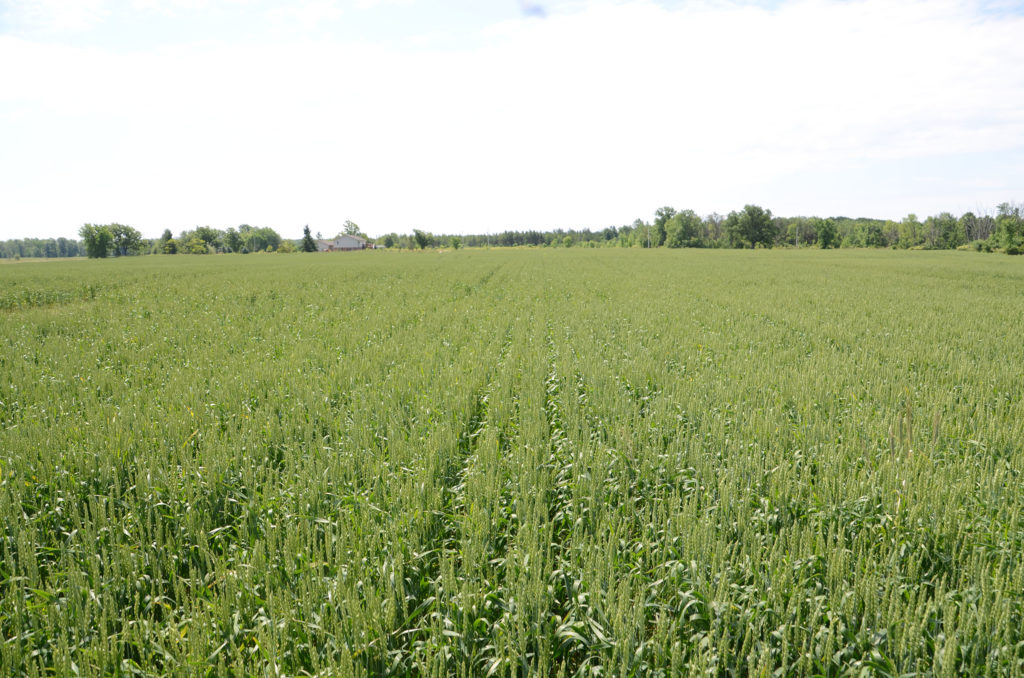