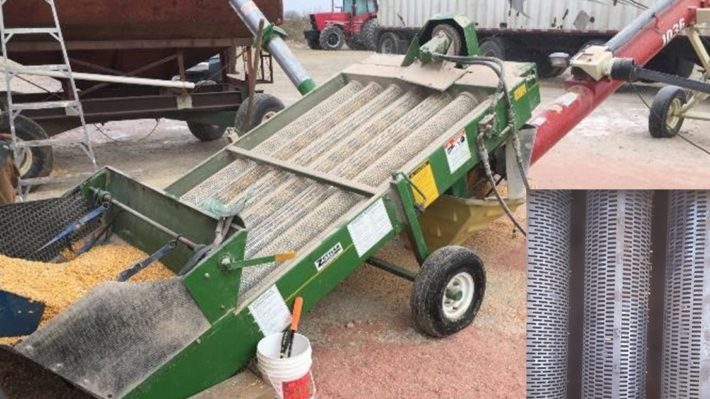 A number of growers cleaned corn this fall in efforts to reduce DON. Whether it is on the combine or at the bins, the general message is to remove as much fines or cob as possible as these harbour the highest levels of DON. Cleaning reports were variable however; some reported good luck in reducing DON, while others reported little or no change. What Has Past Research Demonstrated for Grain Cleaning?

DON concentrations increased as density decreased. The highest levels were in the fines and broken materials at over 15 ppm (F) compared to 2.7 ppm for the precleaned corn (C) (Figure 1). The heaviest corn fraction (79.2 kg/hL) had about 40% of the DON concentration, but 70% of the weight of the precleaned grain. This supports the notion that removing fines or lighter corn should also remove higher DON portions of the grain.

Dr. Schaafsma’s research separated corn by density, but most on-farm grain cleaning is separating corn by size. In 2018 we conducted a couple trials to see what on-farm cleaning does for reducing DON.

We investigated both a rotary screen with aspirator (Figure 2) and a perforated auger type cleaner (Figure 3). We replicated four one-tonne lots of corn for each cleaner. To ensure our grain samples are representative of each lot, we sampled the precleaned corn, cleaned corn and screenings streams every 10 seconds as they entered or exited the cleaner. To ensure lab analysis subsamples are representative of the grain samples, each grain sample was fully ground and well mixed (in some occasions split once before grinding).

Both trials involved corn that was relatively high testing for DON (Table 1), with screenings testing much higher than precleaned corn. Weight of screenings removed varied. While this may have been influenced by differences in cleaners, the precleaned corn used in the rotary screen trial was from the core of a grain bin and much higher than normal for fines. Reductions in DON ranged 0.5 to 2.0 ppm, which for these samples was not enough to improve marketability.

Why Didn’t We See Greater DON Reductions for Cleaning?

In these trials, cleaning by size did a good job of removing fines, broken and very small kernels and cob. While these screenings have much greater DON concentrations than the grain, they were generally a small percentage of the total mass so overall reductions tended to be small. This was evident in Dr. Schaafsma’s earlier work as well (Figure 1).

There were also visibly infected kernels that were too large to be screened out that remained in the clean stream. These appear as what otherwise would have been normal sized kernels, but were off-colour, visibly infected, under-filled and lighter weight.

How Much DON Reduction Should We Expect?

To reduce DON more, we would have to remove screenings with higher DON concentrations, or remove a greater quantity of higher testing material. Perhaps more aggressive cleaning could have further reduced DON in cleaned grain by removing more higher-testing material, but this also would have come at the cost of greater screening losses. Any loss in weight would need to be made up for by improvement in grain value or marketability.

This testing only represents a couple of grain cleaning scenarios, and does not consider the impact of hybrid choice, DON infection levels or different screen sizes or types. It is possible type or severity of infection may impact response to cleaning. If the majority of infection is in fines and cob, or if most infected kernels are very small (ie. ear-tip only infections) perhaps there may be greater responses to cleaning by size.

Acknowledgements
Thanks to the producers and industry personnel who took the time to help us conduct these cleaning trials. Thanks to Grain Farmers of Ontario and SGS Labs for supporting analysis costs. 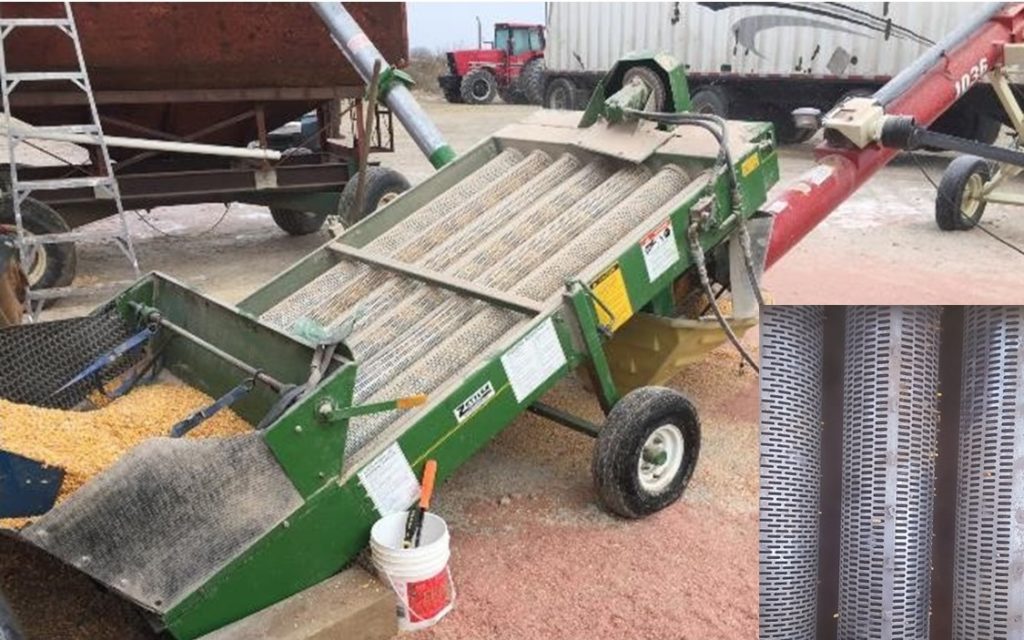