To date, next to no field activity due to cool, wet spring so far this season. Areas around the region received over 50 mm of rain this past weekend, resulting in saturated soils and ponding in fields and in a few spots some soil erosion. Overall temperatures have been too cold to stimulate new growth on the winter wheat or alfalfa yet.

Winter Wheat
Survival is questionable across most of the area. Some noting a significant difference between the far eastern part of Ontario and north-west of Ottawa.  Wheat that was well covered under the snow still has green leaves from last fall where as expose areas are brown. A sample from the brown area dug up and taken indoors over the weekend has shown no new growth. Cereal rye is greening up, but thinner than normal. Generally winter wheat planted prior to September 28th last fall looks much better than later planted winter wheat. Most believe there is a benefit to using some starter fertilizer when planting winter wheat. It is estimated that about 60% of the growers are putting some starter fertilizer such as MAP with the seed at planting. The wheat has not greened up enough yet to use satellite imagery or a drone to estimate the % stand survival or identify the good and poor areas in the field.

Some growers plan to split apply about 50 to 70 pounds actual nitrogen using a blend of urea and ammonium sulfate to get some readily available nitrogen and some sulphur on the winter wheat to try to boost the growth.

Most growers are looking to replace winterkilled winter wheat with a spring cereal mainly due to the need for straw. Furano spring wheat seed is sold out, but there are other varieties still available. In 2018, there was an increase in malting barley crop insurance acres.  A few growers are planning to grow 5 to 10 acres of oats for cover crop seed; estimated value of $500 per tonne for cleaned seed.

On-farm forage inventories are generally low (including straw) and hay prices have been higher than normal. Again, it has been too cool for the alfalfa to break dormancy yet to determine if winterkill is going to be a problem. There has only been a slight increase in interest in the lower lignin and glyphosate tolerant alfalfa variety. There are several growers planning to grow forage soybeans again this year because they need the tonnage. Plant a long-day variety. Need to watch for white mould. Note, forage soybean acres are not insured by Crop insurance and growers are not to report these acres.

Planting intentions are up slightly. Most of the additional acres are coming from winter wheat and spring cereal acres.  Interest is up about 15% for growing non-GMO corn for the Ingredion. Premium is $35/tonne. European Corn Borer (ECB) resistance to CRY1F trait confirmed in Nova Scotia. Should not be an issue here, as corn hybrid used here are not single-trait hybrids for ECB. Western Bean Cutworm (WBC) monitoring traps will be set up again this year. The WBC adult moth numbers have been increasing the past few years, but only a few eggs masses and damages in patches later in season were found last year. In 2018 in southwestern Ontario there was little correlation between WBC damage and the DON issue in corn.

More growers are looking at using a foliar fungicide, particularly for corn intended for silage. More information on the correct fungicides to be used for leaf disease vs gibberall fusarium suppression, needs to be communicated. New for 2019, the Ontario Corn Committee (OCC) will have two inoculated performance trial sites at Ottawa and Ridgetown to evaluate corn hybrid tolerance to fusarium.

Throughout the last little while I’m sure we all sound like a broken record as the focus has continued to be on trade talks between the U.S. and China, the US forecast and now we will be adding the effects of planting progress.

The last couple of USDA Reports have shed some light on stocks, production and planting intentions. In the March 29th release of Grain Stocks & Prospective Plantings we saw a very large increase in corn acres, roughly 3.6 million more acres than last year and a solid 1.5 million acres above the average estimate. We also saw the USDA increase their corn stocks number to 8.6 billion bu. As of yesterday we see the US corn crop at 3% planted compared to the 5 year average of 5%. Our local demand has softened which has been reflected in basis levels, pay attention to new crop bids further out to next summer – there are some strong numbers out there.  Despite the burdensome numbers coming out of the US there is a lot of opportunity for attractive corn sales. Switching gears to soybeans, we saw an estimated reduction of 4.5 million acres for this crop year which was surprisingly 1.5 million acres below the average estimate. This drop-in acreage numbers had little positive effect on the market – goes to show just how many beans are around. Pay attention to new crop pricing, opportunity may come but most likely will be short lived if we stay in this market environment – targets are your friend!

BASF new Sefina™ insecticide for use in Canadian soybeans and potatoes. Controls aphids without affecting beneficials”. Residual activity up to 21 days. No activity on spider mites. BASF has a site for best practices. Training video=0.5CEU

Corteva Agriscience new Elevore® herbicide targets Canada Fleabane. Pre-plant burndown of broadleaf weeds in corn and soybeans.  It is a group 4 herbicide and is systemic.

Deadline – May 1st to enrolment in crop insurance for 2019 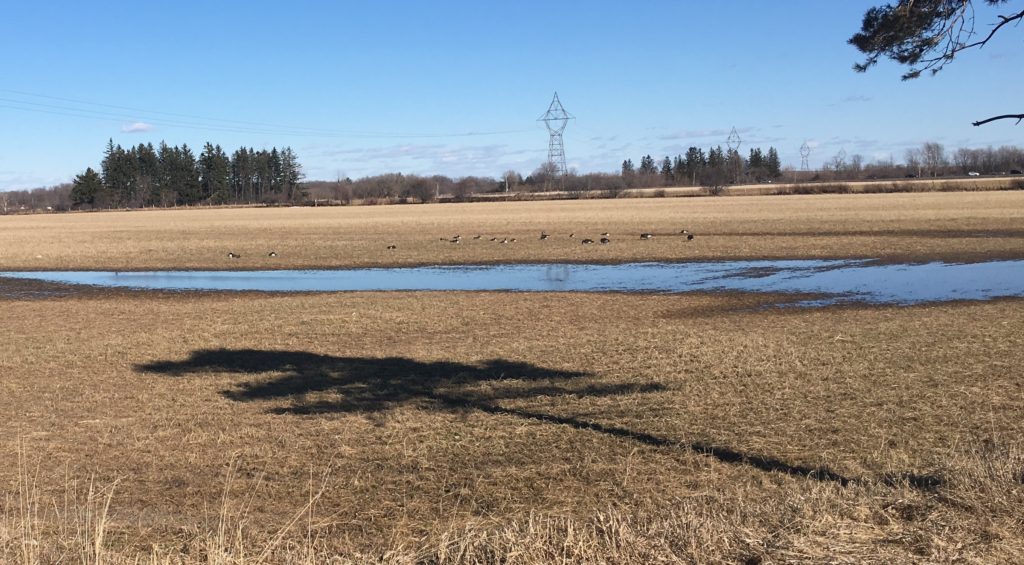