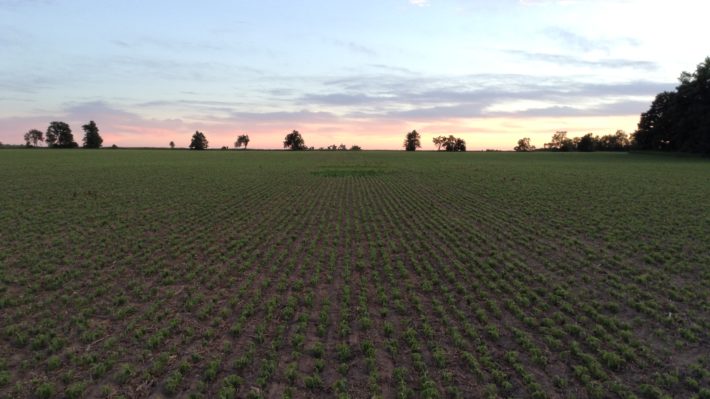 Horst Bohner May 23, 2019 2218 Comments Off on Is It Time to Switch to Earlier Maturing Soybean Varieties?
Soybean

The spring of 2019 has been unprecedented with excess rainfall and cool temperatures. This has significantly delayed soybean planting. When does it become necessary to switch to earlier maturing soybean varieties? There has been a trend in modern soybean production to plant early and to use long season varieties to achieve higher yields. This strategy has proven effective when soil conditions allow for early planting, but it’s also changed perceptions of what a “normal” planting date is for soybeans. When soybeans first gained popularity in Ontario over 50 years ago it was considered normal to wait until the May 24th weekend before seeding. This idea stemmed from the fact that soybeans cannot tolerate a killing frost once emerged. Soybeans are also a subtropical species and thrive under warm conditions. It was considered ideal to see soybeans twice in one week. First as seed in the planter, then as emerged seedlings within 7 days of planting. This will only happen under warm soil conditions. As an industry we have learned that soybeans are surprisingly resilient and can handle cooler temperatures. Many trials have shown a yield benefit to early planting when it’s possible, so growers moved to an earlier planting date. But, this does not mean that soybeans must be seeded early to yield well or mature normally in the fall. An adapted variety still has over 90% yield potential when seeded in early June. The principal reason to not switch to earlier maturing varieties is to maintain the highest yield potential possible. Seeding a shorter season variety will lower yield potential further. The general rule of thumb is to plant the longest maturing variety that will mature in the fall. So, when making the decision to switch to earlier maturing varieties consider the following:

1) Even a late May planting date is considered “normal” for soybeans, so no changes are required.

2) If planting is delayed past June 1st assess if the variety in question is adapted or long for a given area. See the Relative Maturity Map below. For example: A Maturity Group (MG) 1.0 variety near Guelph is considered adapted, and a MG 2.0 is adapted near London. The map is conservative and takes into account later planting. If the variety in question is long for a given area to begin with switch the variety to correspond to the map below by early June. This will help to ensure timely harvest. If the field is intended for winter wheat choosing a variety that is about 1.0 maturity less will allow for timely harvest.

3) If planting is delayed past June 15th exchange the variety for one that is 0.5 to 1.0 maturity less than the map. Each decimal point in the MG system corresponds to about 1-day earlier harvest in the fall. For example, seeding a variety near London that has a maturity of 1.0 will mature about 10 days earlier than a variety that is a 2.0 maturity. But, do not shorten the variety by more than 1.0 MG when planting in June. Seeding varieties that are extremely short for a given area significantly reduces yield potential.

Don’t soybeans mature in the fall regardless of planting date?

Although delayed planting results in fewer days required to reach maturity, due to the photoperiod effect specific varieties still need a minimum number of days to finish. So, although soybeans will adapt to the season there is a limit to how fast they can mature. Generally, a one-month delay in planting results in a 10-day delay in maturity. However, the shorter the variety to begin with the less this holds true. Modern soybean breeding has made some varieties less photoperiod sensitive than in the past.

Using wide rows (30″) when planting late will lead to reduced yield potential. Too much sunlight is wasted on bare ground because the rows do not close before early pod set. Ideally 7.5″ rows should be used when seeding is delayed past the middle of June. A combination of narrow rows and increased seeding rates can make a significant impact on yield. 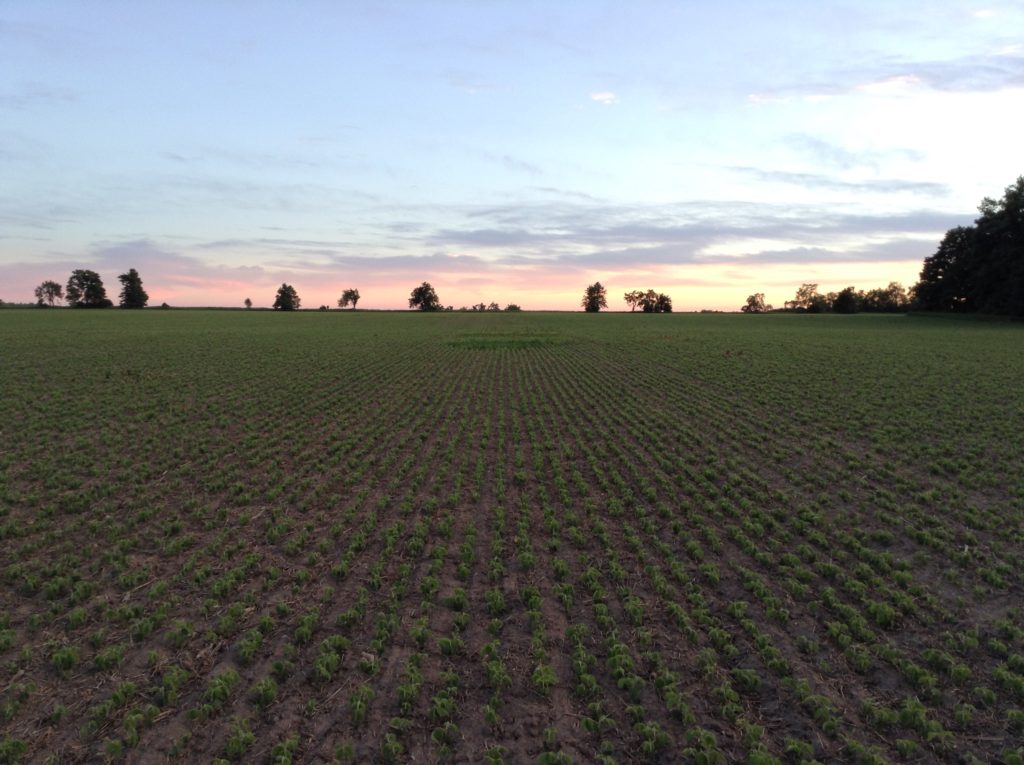