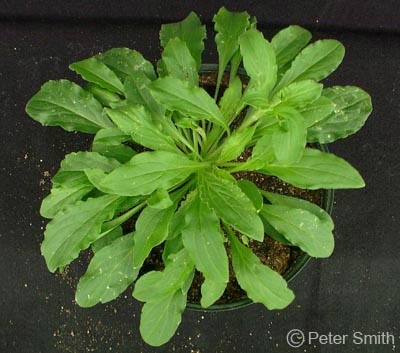 The crop scene in the Haldimand-Norfolk, Niagara area has not changed much in the 2 weeks since the last meeting.  Most of the region had over 2 inches of rainfall since the beginning of May with some precipitation on all but one day.  Temperatures have also remained relatively cool, but one day of warmer temperature with sunshine did result in visible progress on wheat in well drained areas of fields.  Some fieldwork has been done on the lighter soils and some manure application has occurred.  Very little corn has been planted to date.  Fields, especially those with residue cover, look clean from the road, but there are a lot of weeds emerging.  Walk fields now to identify weeds, stages of growth and to plan best control options.

When conditions improve and farmers can get onto the fields, a lot of activity will occur in a short period of time.

Wheat fields continue to fit into one of three categories: 1) relatively good, most of which was September or early October planted; 2) extremely poor, which was planted after October 18th and in most cases will be replanted to another crop and; 3) marginal wheat, planted between October 10th and Oct 18th, where the stand depends on field drainage, soil fertility and tillage/planting depth.  Where the decision has been made to keep a wheat stand, it is worth managing.

Agronomists remarked again that growers are keeping some fields because they want wheat in rotation or plan to harvest a red clover crop. Some are only growing two crops and therefore want to keep the wheat. Others may be keeping wheat on their owned acres or where they plan to install tile this year.  Most wheat is between Zadoks growth stage 30 and 35.

To date, most of the nitrogen has not been applied.  Some aerial application is occurring on early planted wheat with up to 100 lbs/acre of urea and full rate of sulphur as ammonium sulphate. However, at 14 cents per pound, this practice is not widespread. Growing conditions have not advanced wheat enough that waiting for better soil conditions to apply N will have a negative impact on final yield. Ammonium sulphate (AMS) will provide some quickly available ammonium, while urea, at current temperatures, will take about a week to convert to available N.  Wheat cuticles are thin, so application of 28% could result in some visible leaf damage. Such damage rarely impacts yield, but it could have a negative affect on tillers, which is a concern for late-planted wheat.

Winter annuals have started to bolt.  In fields where there is no history of herbicides with residual activity there are lots of annuals emerging.  The window for soil-applied herbicides will be short when the weather turns warmer.  Some burndown treatments being applied to fields where soybeans will be planted on heavy clay soils have included some residuals, including dicamba, to avoid fleabane control issues later in the season.

Every season, based on past and current weather, will feature a weed that is less common.  There were some questions about white cockle and its control. In cereal crops, Refine appears to be the best option. http://www.omafra.gov.on.ca/english/crops/facts/ontweeds/white_cockle. Also, regarding weed control, agronomists are reminding sprayer operators to use high water volumes to get good coverage of weeds, particularly where weeds are hiding under residue in the field. Some have noted weeds with 4 to 8 leaves hiding under residue.

Three “watch outs” that Ryan Benjamins posted on Twitter are great reminders for things you don’t want to find out the hard way:

Although the information below was added to the meeting notes from the last meeting, we are repeating this reminder for growers interested in combining products to reduce the number of sprayer passes across the field. Sprayer operators are reminded to follow the WAMLEGS protocol.

The order that products should be added to tanks is as follows:

Alfalfa winterkill is more extensive this year, especially in areas of the field where ice cover was prolonged.  Some rolling of fields has occurred to try and push alfalfa crowns back into the soil.  In the past this has not worked.  A better strategy may be to harvest a first cut, re-assess, and potentially plant the field to an alternate forage crop such as corn for silage, sorghum-sudangrass, or even potentially forage soybeans.

Tobacco ground is being prepared for traditional May long weekend planting and potatoes are being planted. Cereal rye in the area has had nitrogen applied and is approaching stem elongation. All sweet corn under plastic has been planted already.