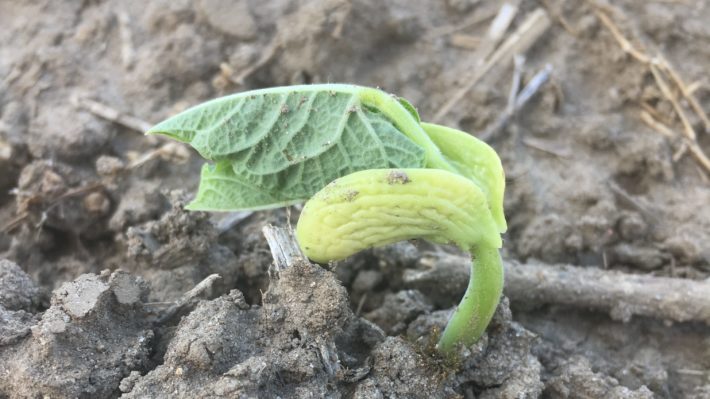 Thank you to Alex Zelem (C&M Seeds) who chaired the meeting and to Chris Meier (A&L Labs) for sponsoring breakfast. This was the last spring meeting for 2019. This year’s meetings have been the best attended since these meetings started over 20 years ago so thanks to everyone who attended. Since this has been such an unprecedented spring, a follow up summer meeting was requested and will held on August 13th at 7:00am at the Malibu Restaurant.  A reminder email will be sent.

Synopsis:  Planting has wrapped up for corn and soybeans in this area although some soybeans are still being planted in a few pockets further north (Owen Sound, Tiverton, Arthur, etc.). Recent rain was reported from as little as a trace to ½ inch. Crops look better in this area compared to a lot of areas. Overall plant stands look good on lighter textured soils although plant stress is evident on corn seeded into less than ideal conditions. There is concern that if conditions turn dry now these fields will struggle. Clay soils in a large part of Essex, Lambton, and especially Niagara have not been planted. Things truly look tough in those regions for this time of year. Essex and Lambton missed significant rain over the weekend, so planters and drills are rolling. It’s estimated that up to 70% of Lambton may now be seeded. Many fields are less than ideal but the window for seeding soybeans is closing so it may be now or never. Replants have started due to poor plant stands on clay soils. The Agricorp planting date deadline has been extended to July 5th. Some growers hope to finish by the weekend if the rain holds off, but it seems likely there will be significant unseeded acreage in the southwest especially in Niagara. Even when these clay soils dry out on the surface it’s complete mud underneath. The discussion has now turned to seeding winter wheat this fall for those growers. The spring of 2019 has been unprecedented in terms of rainfall and cooler temperatures so there is a tremendous amount of concern over how these crops will turn out even if they have finally been planted now.

Corn: Many corn stands look excellent but growth has been variable. There were reports of tough looking corn with very hard ground 2 inches below the surface and plants turning colour after 3 or 4 days without rainfall. With later planting and the concern of corn maturing in the fall, should foliar fungicides be considered since they typically increase moisture in the fall? Applying a foliar fungicide at tassel usually increases moisture by 1-3% in the fall. Often later planted corn has less stalk strength and more foliar diseases compared to earlier seeding. Corn prices are also strong so the decision to spray does not have a simple answer. It was suggested that if corn tassels by August 10th a good field of corn warrants a fungicide application. However, if tasseling does not occur until August 20th it may simply be too late in the year to risk delaying corn harvest even further this fall. Herbicide applications have been delayed this year in some fields and weeds were very large before they were controlled. It was reported that research from 20 years ago showed a 2 bu/ac yield loss for every 1″ of weed height. Weeds that emerge at the same time as the crop cause the greatest yield losses. More resent work by the U of G has shown that modern hybrids may loose up to 4 bu/ac for every 1″ of weed growth. Although soybeans will lose yield to weed competition they are less susceptible than corn.

Soybeans: Soybean stands in this area are good and fields are starting to fill in.  Growth development ranges from just planted to the second trifoliate. Replants are underway on clay soils where seed was planted too deep or stands are thin for a variety of reasons. Pre-emerge herbicides have been doing an excellent job this year as a result of adequate soil moisture. A considerable number of fields did not get a burndown and have very large weeds now. Should fields that are planted now be switched to earlier season varieties? The general rule of thumb regardless of planting date (even double cropping) or geography is to seed the longest maturing variety that will finish normally in the fall before a killing frost. Ontario experience has shown there is little reason to switch until at least June 15th. After June 15th shortening a variety by 0.5 to 1.0 maturity group is a reasonable strategy to ensure timely fall harvest. However, growers in areas with more than 3000 crop heat units may opt not to switch varieties since those areas are more likely to have an open fall. If planting is delayed past the first few days of July switching to earlier season varieties is the best strategy to ensure crops mature this fall.

Wheat: It’s estimated that up to 90% of the wheat received a T3 fungicide. Heading dates were variable so deciding the exact date to spray was very challenging. Overall, the crop is likely about 2 weeks behind normal development this year. More wheat than was initially expected has been kept so the overall wheat crop will be larger than anticipated.  Cereal leaf beetle (CLB) is being reported in winter wheat stands in many areas; however, the risk for most fields has passed. CLB will likely begin to move into spring cereals stands and should be monitored. The threshold is an average of three larvae per tiller before boot stage. Aphids are also being reported in winter wheat fields; however, those fields that have already headed out are likely out of risk.  Spring cereals should also be monitored for aphids with thresholds being 12 to 15 aphids per stem with few or no natural enemies present.

Edible Beans: Many dry bean growers are still working to finish planting, especially larger acreage growers. The dry bean Agricorp deadline has been extended to July 5th. Approximately 20% of dry bean acres are left to be planted in the region. Rains will need to keep coming to help get beans out of the ground. Warm rains recently have helped plant stands.Large seeded beans are taking more than a week to get out of the ground, particularly where they were planted when it was below 20 degrees Celsius. Small seeded beans like whites aren’t as slow. Now with warmer weather they seem to be popping out within a week. A few cases of Dual injury were reported. It’s not uncommon to see one or two cases per year. If it rains as the beans are knuckling out of the ground, they are susceptible to injury. It takes around 110 days from planting to harvest, so planting now will put harvest into the middle of October.

The soybean and edible planting date deadlines have been extended to July 5th.  With respect to the unseeded acreage benefit (USAB) a grower may now change their dominant crop up to July 5th. Next year this will return to May 1st. 91% of growers have USAB coverage but please call Agricorp to report acres and discuss coverage.

There have been 2,659 damage reports on corn and soybeans.  All but 100 have reported the possibility of unseeded acreage. This represents about 10% of insured acreage, however, the weather over the next week will dictate how many acres don’t get seeded. There is coverage available for summer seeded forage crops. 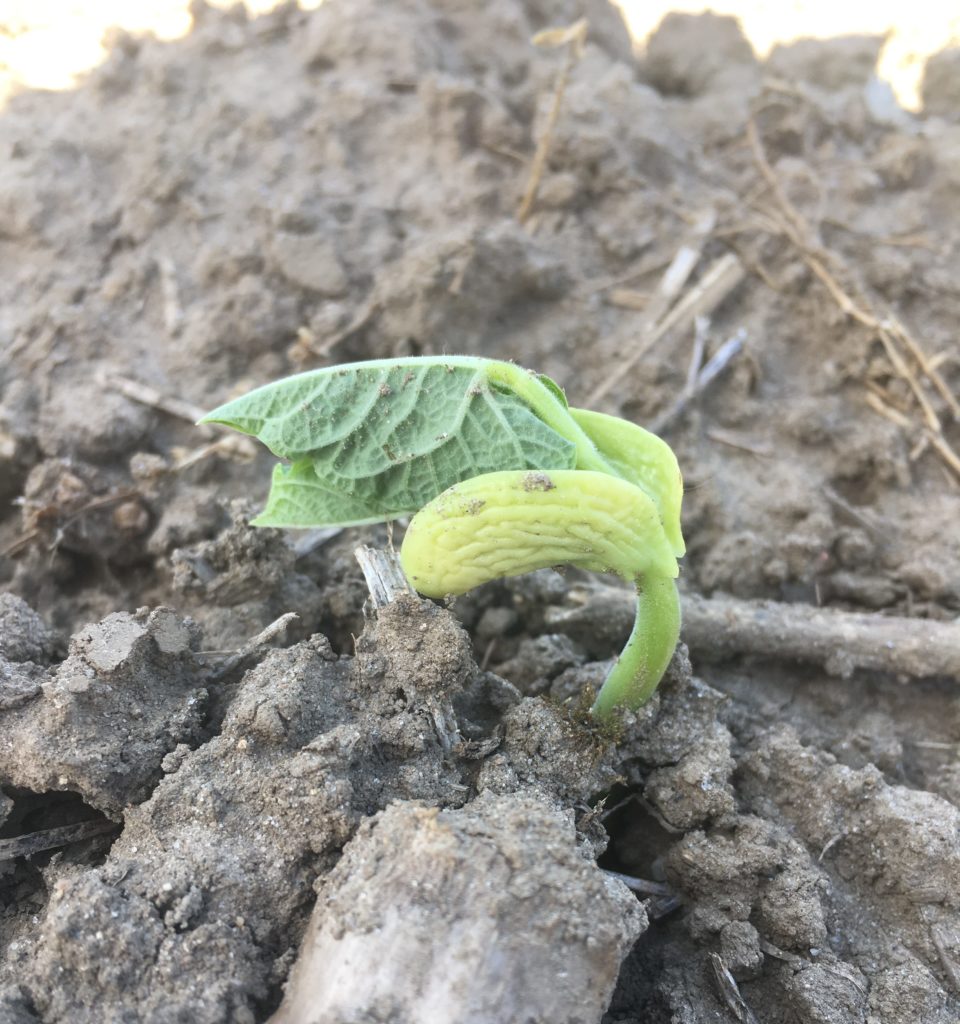