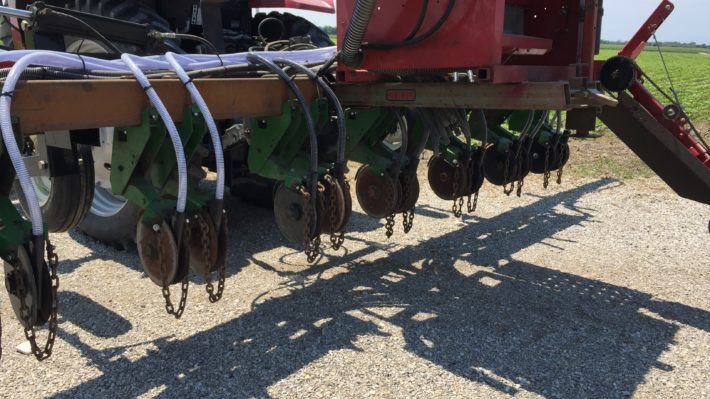 We all know about the many benefits that cover crops can provide, from erosion control to forage production and overall increased soil health. But there are limited opportunities to establish cover crops in typical Ontario field crop rotations. There is simply not enough time, temperature, or sunlight to get a worthwhile cover crop established after corn or soybean harvest most years, and not enough cereal acres to reap the well-established rewards of summer/fall cover crops.

To overcome the limitations of our short Northern seasons and rotations, some growers are turning to interseeding, the practice of establishing a cover crop in the cash crop during the growing season. This practice will be familiar to those still underseeding clover into wheat, but it is still relatively new in corn and soybeans. In both of those crops there is a window for interseeding in the later reproductive stages, but in corn specifically there is growing interest in the early window. That one is coming up soon, so here are some things to consider if you are going to try interseeding cover crops early into corn.

Timing
Across North America, growers are typically interseeding cover crops into corn between the V4 to V7 stages, though some are stretching that on either end from V2 to V10. In Ontario, interseeding red clover and annual ryegrass has been most successful between V4 and V6. There is a delicate balance to strike between avoiding competition and stress to the crop during the critical weed-free period and establishing the cover early enough to get good growth before the canopy closes and lack of sunlight effectively puts it into standby mode. Although some would argue that corn resents any companions during this period – be it a cover crop or a weed – Ontario research has shown there is no negative impact on corn yields from interseeded red clover or annual ryegrass at the V4 to V6 stage, and research from Cornell University, Michigan State University, Quebec, British Colombia, and South America has found similar results for a range of species.

Another consideration is avoiding having to make an extra pass through the field just for the cover crop. More traffic equals more risk of compaction and crop damage, not to mention the extra costs. Ideally, interseeding would be combined with another previously planned field operation such as side-dressing. Farmers are champion innovators in this space – ask around to see what has worked for others, or make something new!

Species Selection
Interseeding does not change the fact that you can only be successful with a cover crop if you know your goal. There are several excellent guides and tools for deciding on one or more goals. Once you have clarified your goal and narrowed down the list of species that could help you achieve it, you will need to narrow it further for intercropping by selecting for species that will survive the extended period of shade under the crop canopy. This is often the most limiting factor to success with interseeding into high-yielding corn, and cover crops often look much better from the road than further into the field for this reason.

Throwing Shade
There isn’t a great deal of research on shade tolerance, but what does exist shows that brassicas tend to be relatively tolerant of even heavy shade. Red clover, crimson clover, and hairy vetch perform relatively well (Table 1), but the shade index (biomass under X% shade / biomass at full sun) for legumes is more mixed and declines more rapidly (Figure 1). As for grasses, annual or Italian ryegrass are the top performers, though they can be tricky to manage from a termination standpoint. Tall fescue and orchardgrass have worked well in some studies, but cereals generally do not. It is interesting to note that plant height is not always correlated to biomass.

Establishment
As with almost any seed, you will get better results from drilling or otherwise increasing seed-to-soil contact. More ways to do this have been thought up than could be covered here, but see the links below (or here and here if you are reading online) for some examples.

Of course, Mother Nature also has a say in our success, and germination is dependent on adequate summer moisture. That’s not usually a problem in our humid climate, but it may be in some years and adds to the need for proper soil contact.

Herbicide Program Compatibility
Many soil-applied residual herbicides can impact cover crop establishment and growth. See the article, “Annual rye grass and clover sensitivity to herbicides” by Mike Cowbrough, OMAFRA Weed Specialist on FieldCropNews.com for specific information. While a good cover crop stand can suppress weeds, you may want to consider a weed control pass before cover crop emergence at the time of interseeding for any weeds which might have escaped the pre-plant pass. A study across the Northeast US found a 31% reduction in weed biomass in October with interseeded cover crops with no impact on corn yield (Youngerman et al., 2018).

Crop Management
Shade from the cash crop limits cover crop biomass, and thus benefit. The following are options for increasing sunlight penetration, though some might incur trade-offs or yield penalties:

Low soil fertility, especially nitrogen, may also limit cover crop growth, though this might not be as much of a concern if one of your goals is to scavenge excess nutrients. On the other hand, a growing cover crop provides an excellent place to put manure after silage. An innovative farmer may find a way to interseed a cover crop during manure application.

Stepping Back
As with any practice new to your farm, you should experiment with interseeding cover crops on a small scale. Ignore the thought of “what will the neighbours say” and put it somewhere where you’ll see it often. Make sure to walk into the field when you make observations, and don’t take any single year too seriously.

While it is possible to establish a respectable cover crop early into corn most years, biomass production is often low in our latitudes and climate. If your cover crop goal is related to biomass, that’s a problem. Interseeding cover crops early in the season can work, but it simply cannot substitute for a proper rotation nor provide the full, proven benefits of adding small grains and their cover crop window to a corn-soy rotation. 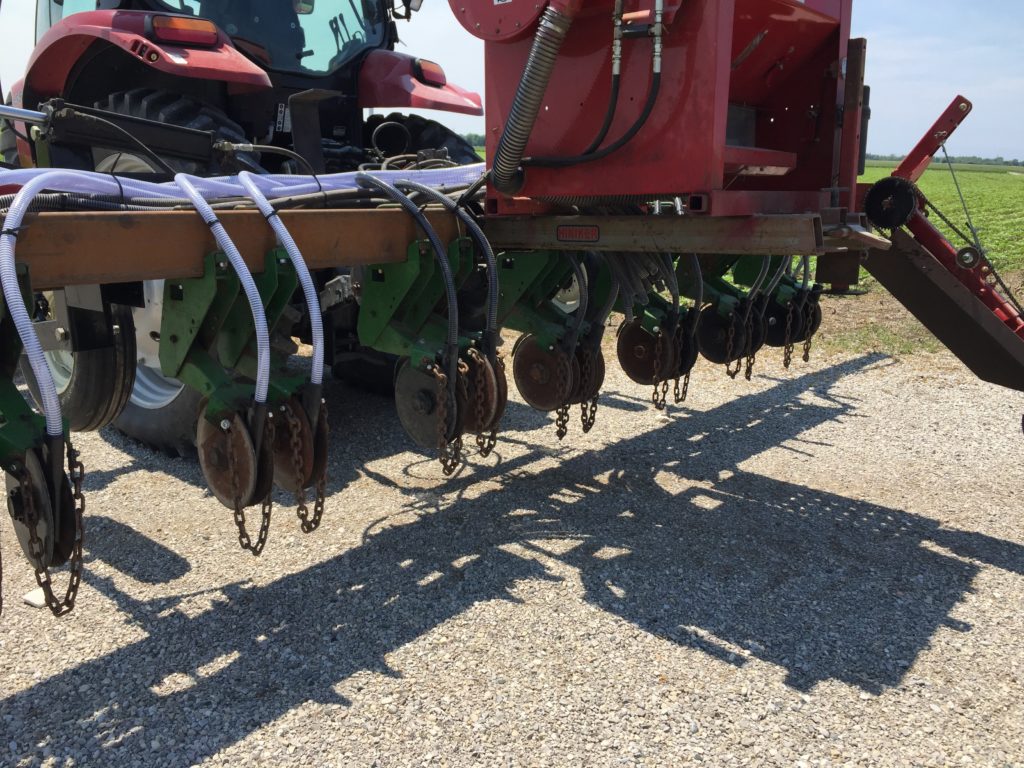