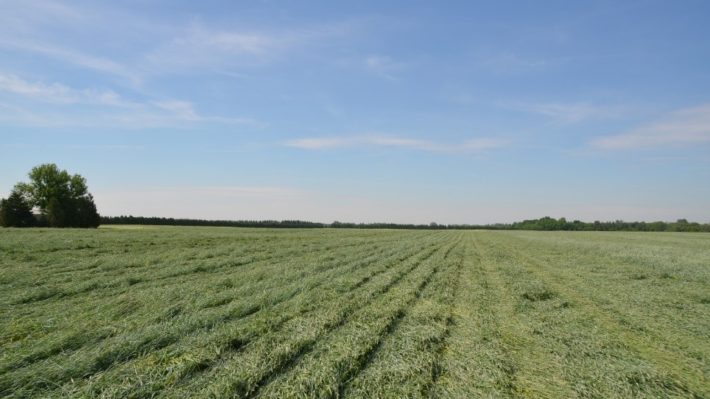 This article discusses cereal rye cover crop management in the spring prior to planting soybeans.

For results from this project, click here and here.

Achieving sufficient biomass from cover crops is essential to reaping their soil benefits. Dr. Humberto Blanco, Professor of Soil Management and Applied Physics at University of Nebraska-Lincoln, spoke recently at the University of Guelph about his cover crop research. He concluded that when cover crop biomass is less than 0.5 ton/acre (see Figure 1), benefits – such as improved soil structure and water infiltration – are rarely seen. Weed control benefits may also be enhanced by extra cover crop growth. Given the short growing season in Ontario and sometimes limited opportunities to integrate cover crops in the rotation, special management may be required to hit that target. That is the motivation behind the Tier Two project by Heartland and Eastern Valley SCIA regions.

In Nebraska, as Dr. Blanco shared, strategies to increase cover crop biomass have included earlier planting, aerial seeding and later termination. Cover crop species also plays an important role. As in Nebraska, one of the hardiest and most versatile cover crops in Ontario is cereal rye. On-farm Brant County trials over the past two years have shown that delaying cereal rye termination in spring by two weeks (until planting) increases biomass over four times – from 0.2 ton/acre to 0.8 ton/acre of dry matter. Also, the “plant green” treatments yielded the same as soybeans planted into early-terminated rye.

Over the next two years, across eight on-farm sites and two research stations, Heartland and Eastern Valley SCIA regions will be further evaluating strategies to maximize cereal rye cover crop benefits ahead of soybeans. The OSCIA Tier Two project has two components: first, it will evaluate the termination timing question for cereal rye before soybeans by comparing no rye to early and late-terminated rye; second, it will compare a cover crop-based, herbicide-free no-till system with a traditional soybean production system. In the second part of the trial, cooperating farmers will use roller crimpers to terminate rye and create a thick mulch into which soybeans will be planted.

The cover crop based no-till system is already being used successfully by a handful of innovative organic farmers in the province. One such farmer, near St. Marys, achieved a 50+ bushel/acre soybean yield in 2018 across a 100-acre farm. By seeding rye early and heavily enough the previous fall, he grew a thick, weed-suppressive mulch (Figure 2). Shortly after using a roller crimper to kill the rye and lay it down flat, he planted soybeans, using RTK, at 15-inch spacing. While there were weed escapes in parts of the field (Figure 3), overall the rye did an excellent job suppressing weeds throughout the season (Figure 4). The Tier Two project will be the first replicated trial in Ontario to evaluate the cover crop-based, herbicide-free no-till system – four out of nine project sites will focus on this comparison in 2019.

Several different measurements will be taken throughout the season at each of the replicated trial sites. Cover crop biomass will be measured (Figure 5), and soybean stands estimated. Soil nitrate samples will be taken at the time of soybean planting and soil temperature and moisture will be monitored at the Elora research station plot from April to harvest (Figure 6). Weed abundance and species counts will be done at critical time points during the season. Soybean yield will be measured using weigh wagons and calibrated yield monitors.

The overall goals of the project are to:

To learn more and get in-season updates, visit the cover crops page of www.fieldcropnews.com, watch out for summer twilight tours in Heartland and Eastern Valley regions and look for the OSCIA Crop Advances report at the end of the year. 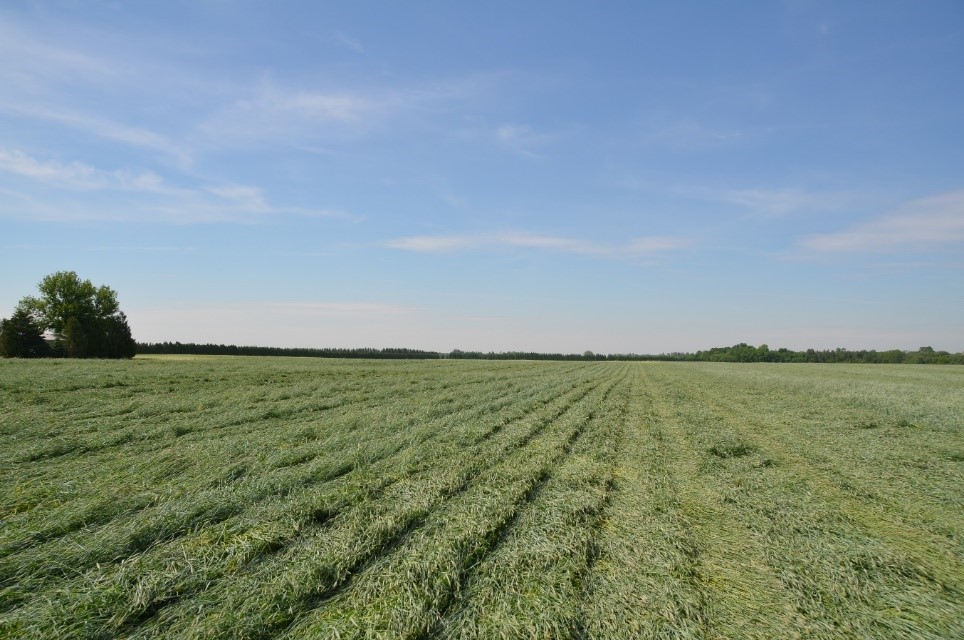