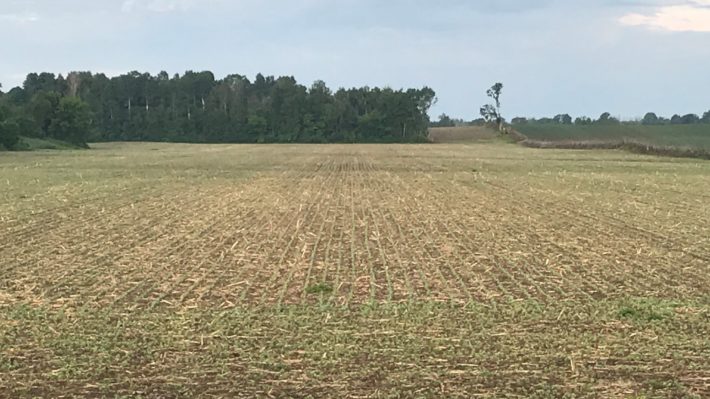 Sponsor: Thanks to Marc Maisonneuve (Brevant ) and Chris Olbach (Pioneer) for sponsoring the last breakfast meeting of the season!

Crop Heat Unit (CHU) accumulation stands at 775 at the Ottawa Airport since May 1st, or 175 units behind the normal of 950 for this date. “Actual” CHUs are variable depending on planting date. Rainfall accumulation is around average.

First cut harvest is mostly complete. Quantity and quality have been variable, but good overall. The impact of fertility is noticeable in many fields where “accidental check strips from areas too wet to apply fertilizer” were present. Some very thick alfalfa stands suffered from leaf spot disease and would have benefited from a fungicide application.

Many new seedings of alfalfa look surprisingly good considering the difficult planting conditions encountered this spring. Those planted early in May are expected to be harvested in the first week of July. Potato leaf hopper pressure was seen as early as May 9th, but pressure has been very low; likely due to the lack of heat. There was lively discussion on importance of properly and completely cleaning sprayers, as lingering product in end caps can be drawn back into the boom in subsequent passes on potentially incompatible crops. Twist valves were noted as an alternative that save on labour for cleaning booms.

Winter wheat fields in the Arnprior area are in head, while those in Renfrew are slightly later. Most agreed that it is better to wait for fungicide application until day 5 or 6 in variable-staged wheat, though this depends on conditions for Fusarium Head Blight risk. See the article from Joanna Follings, OMAFRA Cereal Specialist on …

Spring cereals continue to progress well. A sample planted May 9th was not yet at 3rd node. Septoria Leaf Spot is fairly widespread, and some spot blotch was seen on barley. Mildew has not been a concern.

Armyworm moth catches in Western Quebec have been very low to date.

Earlier planted corn is around the six-leaf stage (V6). At that stage, corn has transitioned to nutritional dependence on nodal roots, and the soil structure they encounter will more significantly impact nutrient uptake and crop performance. This is one possible explanation for potassium deficiency symptoms that are visible in some fields, seen more often in low-testing soils with low K starter fertilizer, though cold wet soils could also have limited root growth and nutrient uptake early in the season.

The weed control window is mostly closed, though staging is variable depending on planting date and weed control is still being finished in late-planted corn. Pre-emergence products were skipped in a number of fields as soil conditions did not allow for spraying.

Side dressing is planned for this week or the next across much of the region. Those sampling nitrate (NO3) using the Pre-Sidedress Nitrate Test (PSNT) reported values ranging from 4-20 ppm NO3, with an average of 10.7 ppm. The average of 62 samples taken across the province is 8.8 ppm NO3. This is within the normal range for the same time (June 17th) in previous years, though the timing of side dressing is later this season. See Publication 811: Agronomy Guide for Field Crops for side dress recommendations using the PSNT.

Black cutworms have been active and cutting plants. Models predicted this activity to start the week of the 10th of June around in southern Glengarry county, and the week of the 20th of June in Renfrew, and observations have closely matched what was expected. There are hybrids that incorporate genetic defenses against black cutworm, but the insect needs to eat the plant in order to die.

Chris Olbach of Pioneer shared his recent work testing a drone-based method for assessing plant populations across a field and will update the group as this progresses.

Overall, planted acres were higher than intentions this year, due in part to market forces and pressure for feed. A slight increase in conventional corn acres was noted, along with the need for diligent pre-emergence weed control and a reminder to consider neighbours when spraying.

Soybeans acres are almost completely planted, though the deadline for crop insurance is not until July 5th. Stands are largely adequate to good, with almost no crusting or replanting having occurred. Stand uniformity is generally good. Comments were made about planting soybeans with a drill, but proper adjustment and operation could have avoided most issues. Nodulation has been slow to start.

There will also be a lot of attention on headlines coming from the G20 Summit to be held on June 28 & 29. Although there are few expectations that any positive progress will happen between presidents Trump and Xi, it is very important that steps are not taken backwards. We will finish out the week with the USDA June Stocks and Acreage Report to be released on Friday. This report is much anticipated and will be quite impactful. We’ve been holding within our ranges, but the market will remain anxious as there are many factors at play.

Agricorp shared that crop planted after the deadline could be accepted for production insurance in certain cases, subject to inspection, or alternatively considered for unseeded acreage benefit. For more information on the unseeded acreage benefit, see How Production Insurance Responds When Planting is Delayed, Unseeded Acreage and Reseeding Benefits, and USAB for grains and oilseeds – frequently asked questions in 2019. Contact your local adjuster for more information.

The reporting deadline for final acreage is July 5th but those who have finished all acres that they will be planting in 2019 are encouraged to call in now. A reminder that growers are not obligated to plant until this extended deadline but that the option is available.

Eastern Ontario AgriNews will be organizing an international conference on pesticides and pest management in August 2020. It will run for three days and is open to farmers, extension, industry, and researchers. Please provide suggestions and requests for topics to AJ Al-Rajab at aj.alrajab@etceterapublications.ca. 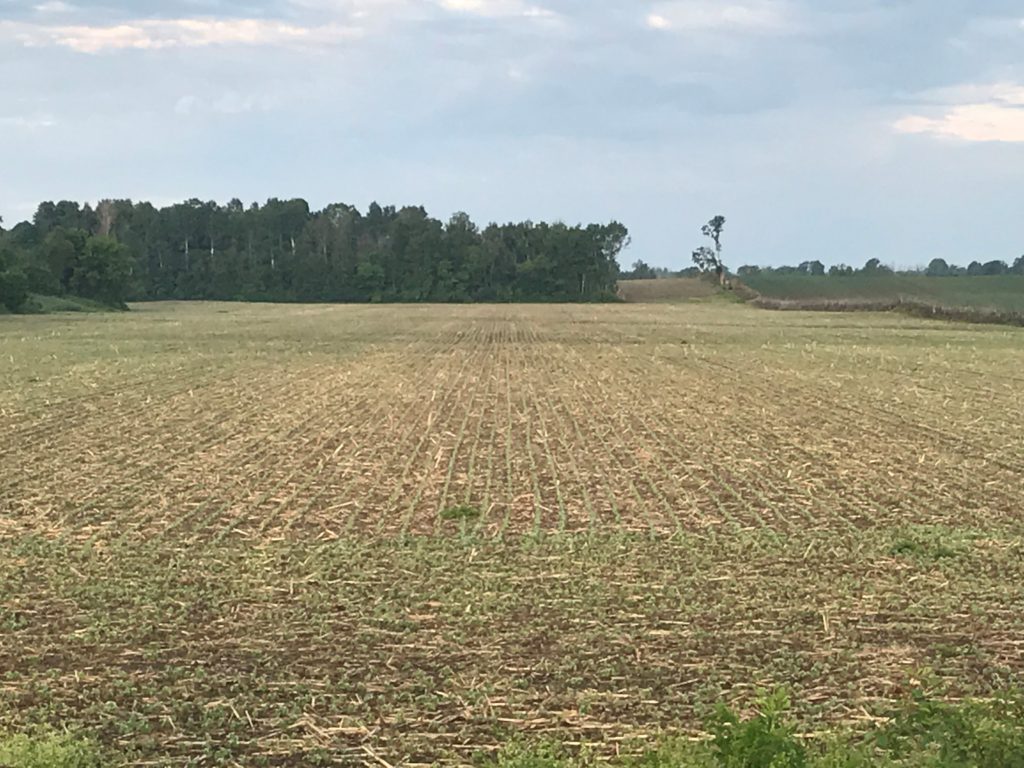