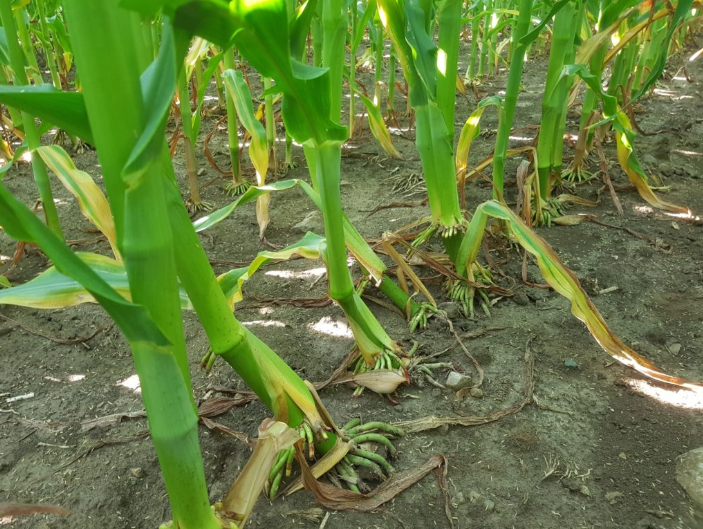 We all agree that this has been one of the most challenging cropping years in Ontario, but there were some pest lessons learned from the experience.

Delayed planting can reduce the risk of some early season pests. Pests like bean leaf beetle (BLB) move into the earliest emerging fields first. With much of the acreage planted later, fewer (or more localized) overwintering BLB adults were in fields. On the downside, later planted fields are more attractive for the first generation of BLB adults during the pod stages. In this situation, seed treatments can’t provide protection from the first-generation adults. Many more fields experienced first-generation adult feeding in several regions of Ontario. In general, when planting is very delayed, insecticide seed treatments may be less important than mid to later season scouting and crop protection against the later season pests.

Crop rotation has been an important tool in managing certain pests, especially those with a few hosts like corn rootworm (CRW). Some growers had to abandon crop rotation plans and plant corn after corn without knowing what last year’s adult rootworm populations were like. Adults lay eggs in the soil mid-summer but larvae from these eggs hatch next year and must have corn in that same field to survive. CRW was quite abundant in 2018 so some second-year corn fields experienced significant damage as many of these fields did not have rootworm traits for protection (though protection is waning – see further below). Take note – rootworm adults were very high this year so corn after corn in 2020 will need rootworm protection.

We all know that pests don’t follow calendars, but it is human nature to stick to routines. But this year was not a routine year. Not only did wet soils delay planting, growing degree days were also delayed by about three weeks. We had to shift our mindset as to when to expect the pest and plan to scout further into September than usual. It is always best to plan scouting when the crop is nearing the stages the pest is most attracted to rather than what the calendar says. Learn which crop stages your main pests like and plan multiple scouting trips during that period.

Bt Doesn’t Protect You from Everything

Complete above and below ground protection is not reality and never was. Most above ground Bt traits are only effective against one or two of our ear pests (not all of them) or are no longer effective because of resistance. This is true for European corn borer (ECB) and Cry1F in the Maritimes, western bean cutworm (WBC) and Cry1F, corn earworm (CEW) for all traits except VIP3A. This doesn’t mean all populations are resistant across North America, but we will see more regional resistance development as they are exposed to the same Bt traits every year and in years of high pest pressure. CEW has been migrating into Ontario earlier and has been more prevalent the last two years. These same populations are exposed to all Bt traits on corn and cotton in the southern US. We are seeing crop injury in Bt hybrids grown here that are listed for CEW protection, except for the Vip3A trait. However, this is the last working trait against CEW and WBC, so risk of resistance is high. Western CRW populations are resistant to all rootworm Bt traits in the US and we are starting to see signs of resistance here too (Figure 1). Unfortunately, there is cross resistance across the rootworm Bt traits, meaning populations resistant to Cry3Bb1 are also able to overcome the other traits. It is best to know which traits are in your hybrids and the specific pests they control.  Refer to the annual Bt traits table published through the CCPC (https://fieldcropnews.com/2019/05/bt-corn-products-traits-available-in-canada-as-of-may-2019/) and this handy list of references by Chris DiFonzo, MSU for all known Bt resistance studies by pest: https://lubbock.tamu.edu/files/2019/05/BtTraitTable-Citations-1.pdf.  Notify OMAFRA if there is unexpected damage when control is expected.

Traps are important as they tell us when the pest is present locally and when most of them are flying and mating. But they don’t tell us what’s happening within the field. It’s especially true this year when pests are three weeks behind. In some regions, WBC egg masses were nowhere to be found. In others, WBC larvae are easy to find. Unfortunately, late in the season it became clear that some WBC lures were less effective than usual, making traps less reliable. We will be comparing lures next year, so we can alert everyone if there are issues with their effectiveness.

Pests in general were abundant and they fed on a number of their host crops this year. It proves to always plan to scout more often, by crop stage and expect the unexpected in the not so normal years.