The cool, wet spring in 2018 resulted in delayed soybean planting for many producers across the province. This ultimately had an impact on winter wheat seeding in the fall of 2018 as soybean harvest was also delayed due to prolonged wet conditions. Growers who opted for early maturing soybeans were able to get their soybean crop off and seed their winter wheat in ideal conditions at the end of September. Some acres were also seeded after edible beans. However, the wet conditions right through to the end of October resulted in a significant amount of winter wheat being seeded from mid to late October and even into November. Despite the season’s challenges in 2018, approximately 1,003,400 acres of winter wheat were seeded. Soft red wheat (SRW) made up 89% of the acres, hard red wheat (HRW) made up 7% and soft white wheat (SWW) made up the remaining 4%. Early planted fields had an opportunity to establish a root system and tiller before winter; however, much of the crop had not yet emerged before the snow fell.

Throughout the months of January and February, there were notable freeze-thaw cycles that resulted in many fields being covered with a layer of ice right through to April. This ultimately impacted winter survival regardless of planting date or seeding depth. Reports of winterkill continued well into spring as conditions remained cool and wet for most of April and May. Significant portions of fields were ultimately drowned out in many regions (Figure 1). As a result, 2019 was the largest winterkill event in the history of the winter wheat plan with Agricorp. $46 million was provided to Ontario producers for replanting and yield shortfalls with $28 million going towards replant payments and $18 million going towards yield shortfalls. The counties with the greatest number of acres lost included Lambton, Essex, Chatham-Kent, Stormont, Dundas and Glengarry, Prescott & Russell, Leeds-Grenville and Ottawa. Middlesex, Haldimand, Wellington and Perth counties all harvested less than 70% of the acres seeded the previous fall. Many of those acres lost were seeded to either corn or soybean with the remaining acres being seeded to a forage crop, cover crop or left unseeded. 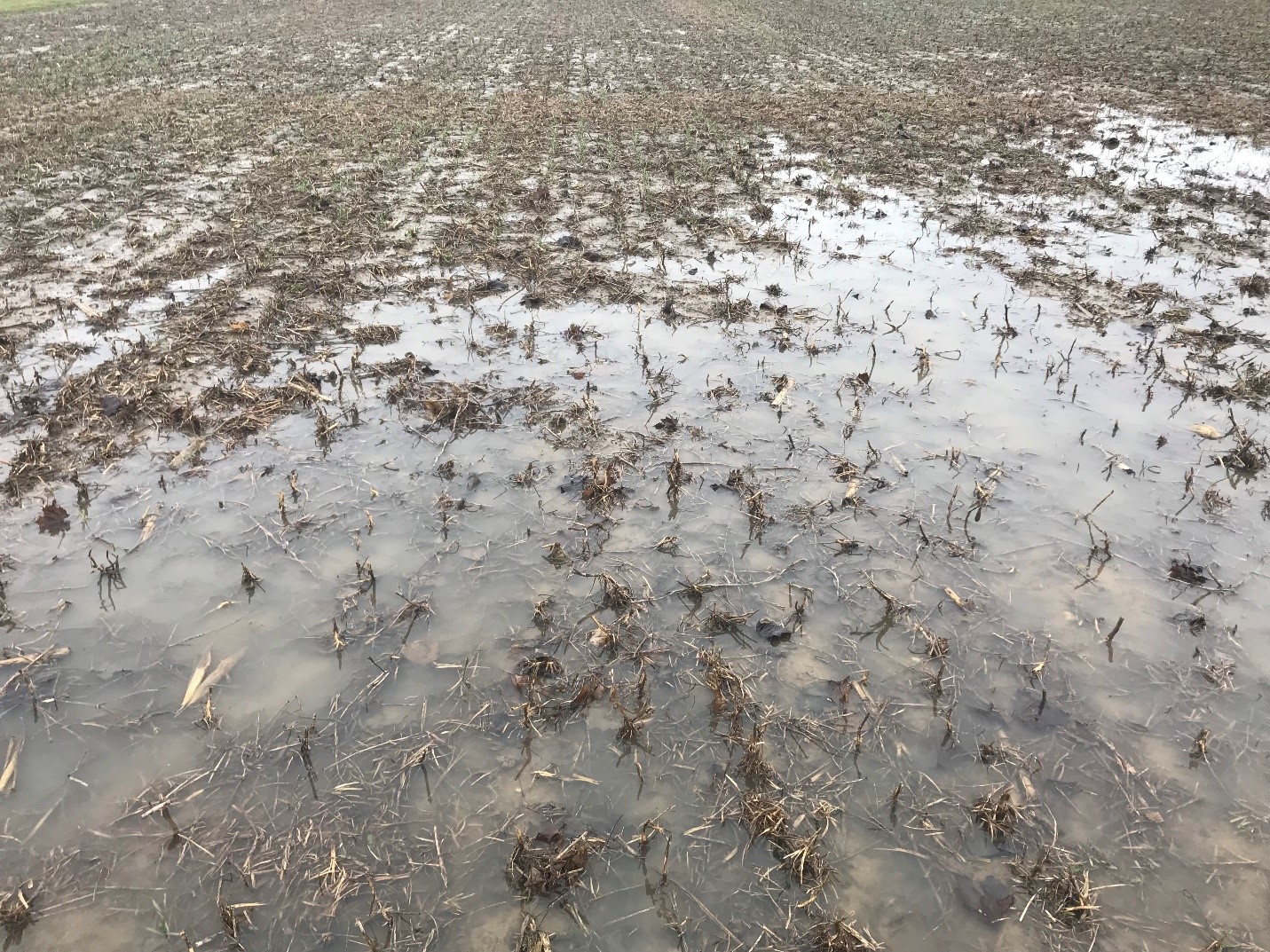 Figure 1: Winter wheat field on April 26, 2019 that was ultimately drowned out due to prolonged wet conditions.

Many fields did not emerge until the spring with some fields not fully emerging until well into May. Fields also experienced uneven emergence and large bare spots which had to be filled in with cover crops or a spring cereal (Figure 2). Overall, it was very difficult for producers to determine whether to keep their remaining stands or not. Furthermore, it was tough for producers to get into the fields to spray off poor stands or to plant corn or soybeans. As a result, many compromised winter wheat stands that would typically be removed were kept. Challenging spring conditions also made it difficult for any nutrient, fungicide or herbicide applications. Split and early nitrogen applications had to be changed to single applications in late May/early June. A significant amount of spring herbicide and early fungicide plans also had to be completely abandoned. In some counties such as Essex, nitrogen and fungicide applications were made with a helicopter as conditions never allowed for timely ground application. Thankfully, early disease pressure was relatively low due to cooler conditions and thinner canopies. The lower yield potential of the wheat crop also had an influence on the decision to not apply T1 and T2 fungicides and with efforts being focused on T3 fungicide applications (Fusarium head blight (FHB) timing). Wet conditions persisted right through pollination and DONcast model predictions pointed to high fusarium risk. Due to the uneveness of the crop T3 applications had to be timed later in the application window to get adequate coverage of as many heads as possible. Many retail outlets reported that 90%+ of the wheat acres in their area received a T3 fungicide application. Shorty after this period, dry conditions prevailed and no longer favoured the development of fusarium head blight. The dry conditions continued through to August for many regions causing some additional stress to the crop which was evident as the wheat began to turn colour. 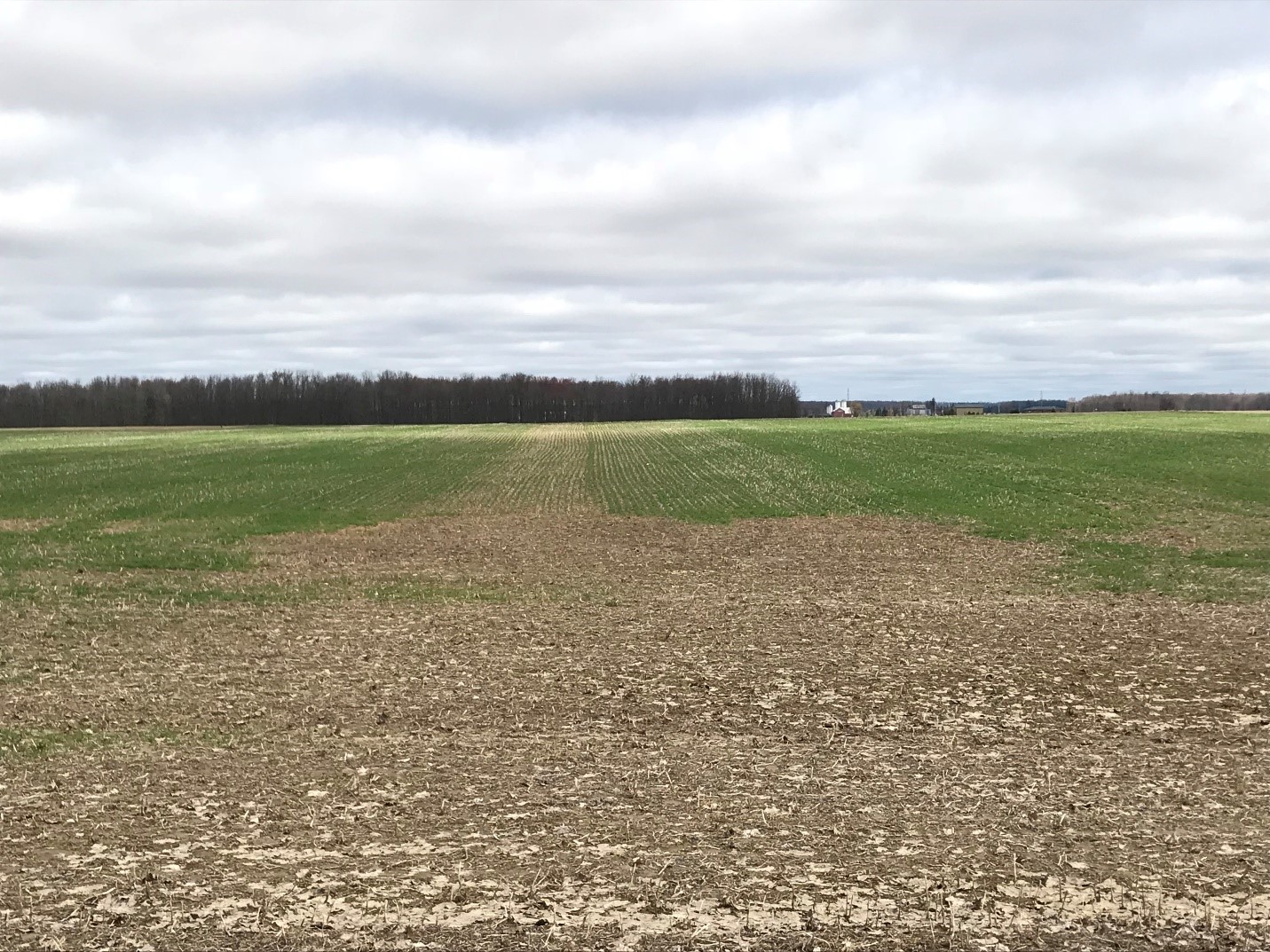 Figure 2: A common site in 2019, winter wheat fields with large bare spots that had to be seeded with a cover crop or spring cereal to help with erosion and weed control.

A significant portion of spring cereals were seeded much later than normal with planting extensions granted for many regions. By mid-June most of the spring cereals were seeded. Barley, oat and spring wheat acres were up in 2019 with while mixed grain acres were down. The increase in spring cereal acres in 2019 was due to the significant amount of winter wheat stands that were lost. The loss of alfalfa stands and straw demand from livestock producers also contributed to the higher acreage. As the season progressed it became challenging to find oat seed for grain, forage or a cover crop.  Despite the tough planting conditions and dry conditions that came through July, spring cereals did exceptionally well in 2019.

Crown rust was evident in many oat fields in southern, central and eastern Ontario. Barley leaf diseases such as spot and net blotch were also reported in fields; however, with timely scouting and fungicide applications diseases in spring cereals were well managed for the most part.

Cereal leaf beetle (CLB) was reported at higher than normal levels in many locations once again this growing season. Once finished feeding on winter wheat, CLB moved into spring cereals. Growers are reminded that one CLB adult or larvae per stem warrants control after the boot stage but prior to heading. If significant feeding is taking place on the flag leaf in the early heading stages, control may be warranted. CLB moved into several spring cereal fields warranting control in many cases. For more information on controlling CLB refer to http://fieldcropnews.com/2016/05/stay-ahead-of-cereal-leaf-beetle/. Aphids and slugs were also reported at higher than normal levels in some fields.

Winter wheat harvest was delayed by anywhere from 7-14 days for many parts of the province, with harvest beginning around July 15th. The real push for harvest didn’t begin until the following week, with most of the crop being harvested on or around the August long weekend. Typically harvest begins in the most southern counties of Essex, Chatham-Kent and Lambton and moves east; however, harvest occurred concurrently across much of the province this year. Despite the challenging fall seeding conditions and a wet spring, winter wheat yields exceeded expectations for many.

The quality of the winter wheat crop was excellent with most of the crop grading 2 or better. Some fields were downgraded to 3 or 4 primarily due to mildew, but a handful of samples did have 1.0-2.3 ppm Fusarium Head Blight or lower falling numbers, which resulted in lower grades. Early harvested fields were also reporting higher moistures but as harvest progressed moistures came down. Overall, elevators and millers reported high falling numbers with very low fusarium/DON levels and were quite happy with the Ontario crop. Despite the thinner wheat stands and shorter crop, straw yields were very strong. Straw prices remained high early in the growing season but came down as harvest began and supply was greater than anticipated.

Spring cereal harvest started later than previous years and was prolonged due to the variation in planting dates and wet weather in some areas. Spring cereals did much better in 2019 compared to 2018 and some argued they did better then their winter wheat crop. Spring wheat had an average yield of 59 bu/ac (101% of AFY), mixed grain averaged 68 bu/ac (95% AFY), oats averaged 83 bu/ac (98% of AFY) and barley was 65 bu/ac (100% of AFY).

The number of acres underseeded to red clover this year were down significantly with reports of less than a third of the typical red clover acres being underseeded. Many growers opted not to underseed with red clover as stands had not yet emerged at frost seeding time or growers wanted to avoid any extra competition in already thin and questionable stands. Once winter wheat was harvested many growers opted to seed a cover crop such as oats, oats/peas, oats/radish, etc. Cover crops following winter wheat were planted later this year due to delayed crop harvest. Many livestock producers opted to graze their cover crops or take them off for extra feed due to shortages in feed.

The cool, wet spring pushed soybean planting well into June for most of Ontario with some regions planting well into July. The late planting was anticipated to cause a delay in winter wheat seeding. However, thanks to good conditions through September and October many soybean fields intended for winter wheat were harvested in good time and wheat was seeded into excellent conditions for the most part. A significant amount of wheat was also seeded on edible bean ground and into unseeded acres. Despite the challenges with the wheat crop in 2019, many growers continue to make it a key component of their rotation. Approximately 1,046,455 acres of winter wheat has been seeded. The proportion of hard red wheat acres is slightly up this year at 8% of the acres. Soft white wheat acreage dropped from 4% to 3% and the proportion of soft red wheat acres remains the same at 89%.