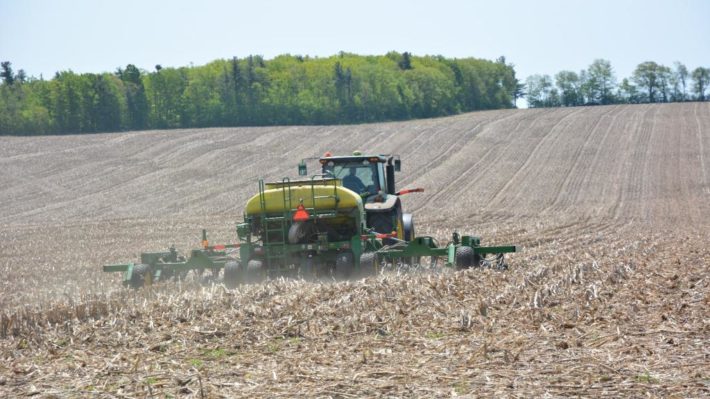 Some soybean producers in Michigan are experimenting with ultra early planting dates (late-March to mid-April) with positive results. To date, research trials have not shown a consistent yield benefit to planting this early when compared to planting during the last week of April or the first week of May. We saw this in replicated on-farm trials conducted in Michigan in 2019 where ultra-early planting increased yield by 6.5 bushels per acre at one location but did not affect yield at two other sites. Given this, the main benefit of this practice is that it enables producers to extend the planting window by taking advantage of good soil and weather conditions that might occur in early to mid-April. Planting soybeans ultra-early carries some risk. These risks and how to mitigate them are:

Imbibitional Chilling Injury (ICI): This condition occurs when the soybean seed imbibes very cold water in the first 12 to 24 hours after planting. Rainfall events occurring within 24 hours of planting favor ICI. This is likely because a cold rain immediately following planting shocks the seedling with a rapid intake of cold water. Cool soil temperatures can prevail without causing significant chilling injury if the seed quality is good, and the soil is not saturated. Visible symptoms of ICI include uneven emergence and dead tissue on the exterior of the cotyledons. Management practices that will reduce the potential for ICI are listed below:

Seedling Diseases and Poor Plant Stands: Due to the high probability that very early-planted seed will be confronted with cool and wet soils, Michigan State University Extension recommends using fungicide seed treatments when planting early. Select fungicides that are effective against fusarium, pythium, phytophthora and rhizoctonia. Producers should also select varieties that are resistant/tolerant to sudden death syndrome and phytophthora when planting very early. Early planted seed is often in the ground much longer than late planted seed giving more time for diseases to invade the seedling. A good fungicide seed treatment will reduce the risk of poor plant stands.

Frost/Freeze Damage: One of the leading risks of very early-planting is that emerged plants will be damaged by freezing temperatures as the growing point is exposed and vulnerable when the cotyledons emerge. This risk is mitigated to some degree by the fact that germination and emergence are delayed under cooler soil temperatures. Soybean tissue is also more resistant to freezing temperatures than corn tissue. Typically, temperatures must reach 29-30 degrees F for damage to occur to emerged beans before the first trifoliate leaves emerge. Once the first trifoliate leaves develop, the plants become susceptible to damage from temperatures at or below 32 degrees F. Planting in fields at higher elevations having good air drainage will reduce the risk. Removing residue from the row is a mixed bag for very early planting. It will cause the soil to warm-up sooner and promote earlier germination and emergence which may expose the emerged plants to greater risk of frost/freeze injury.

Shortened Reproductive Period: A less probable risk is that abnormally warm weather may occur after planting causing the plants to emerge in April. Even if the emerged plants escape frost/freeze injury, the unifoliate leaves will sense the shorter photoperiod occurring at this time of the year causing the plants to flower significantly earlier than normal and potentially shortening the reproductive period. Planting the latest maturing varieties that are adapted to the area will reduce the impact of this outcome.

Reduced yield from plants maturing too early in the fall: If the first part of summer is dry early planted fields may mature too rapidly in the fall missing late season rains. Late summer rains can significantly increase yield unless the plant is already past the R6 growth stage. The best way to mitigate this problem is to plant varieties that are the latest maturing variety adapted for your area. Planting early maturing varieties very early in the spring may actually reduce yields.

Bean Leaf Beetles (BLB): The potential for damage from bean leaf beetles is increased by early planting as the beetles congregate on the earliest emerging soybean fields in a given area. Watch for BLB feeding and apply an insecticide if damage exceeds the treatment threshold (50% defoliation on seedlings). In fields with a history of BLB an insecticide seed treatment is also recommended to protect seedling from insect feeding.

Ultra-early soybean planting offers both potential benefits but also poses risks. Public and private research trials will be conducted in 2020 to assess this practice. Producers that want to experiment with ultra-early planting should take the recommended steps mentioned above to help reduce these risks. 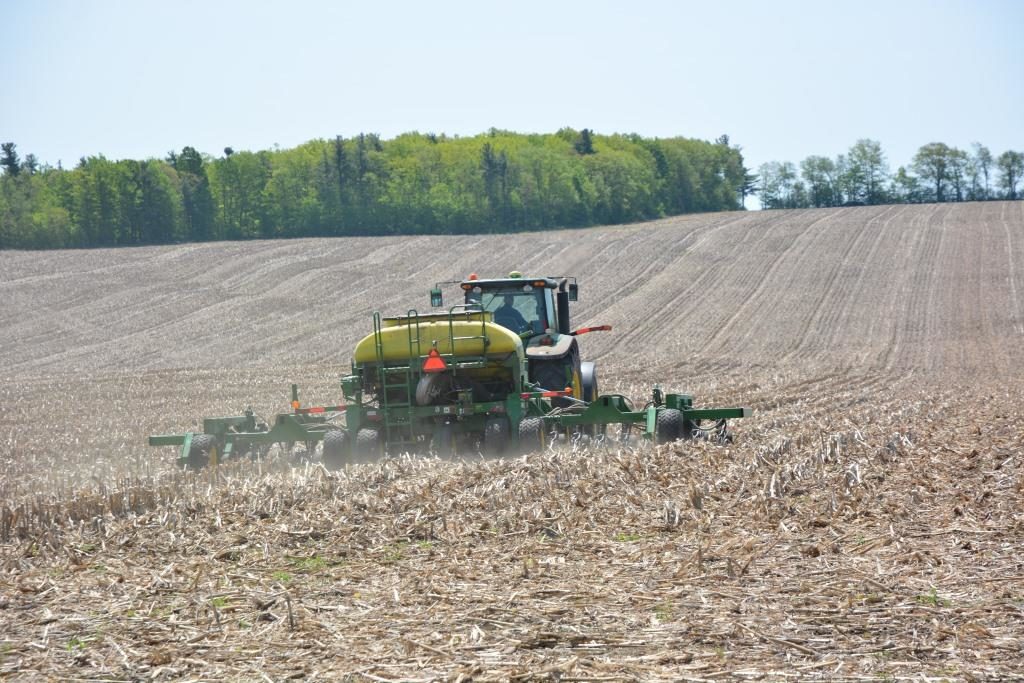