The 2020 growing season has begun in Ontario with nitrogen applications being made to winter wheat, manure being applied and even corn being planted!  Many have reported field conditions to be much better than they ever were in 2019.

More than 1 million acres of winter wheat has been seeded in the province and for the most part has come out of winter in great condition. There are reports of up to 30% damage in fields with later planted wheat on heavy soils or fields with poor drainage that experienced prolonged ice cover this winter. Heaving has also been a concern on heavy soils in Lambton, the Niagara region and parts of eastern Ontario.

Nitrogen applications have been made on upwards of 70% of the winter wheat in southern Ontario and anywhere from 25-50% of the crop as you move east and north.  An estimated 10-25% of applications made were part of a split nitrogen program. As rainfall came over Easter weekend the decision to split nitrogen changed for many, with most growers planning single applications later in April. Sulphur (S) applications are also being made with 10 lbs/acre minimum being applied. If splitting your nitrogen, it is recommended that you have at least 10 lbs/acre of S in the first application. No research to date demonstrates a benefit of split applied S, except for research that indicates a protein benefit to hard red winter wheat.

Spring cereal seeding has also begun across the province. Many growers have indicated that the conditions have been much better than in 2019. Some growers were able to frost seed their spring cereal crop in March where the conditions allowed. Past research from the University of Guelph found that frost seeding spring cereals significantly increases yields compared to average planting dates. When barley is frost seeded there is a 10% yield increase compared to the average planting date and a 16.7% increase in oats and 41.5% yield increase in spring wheat. Spring cereals should be planted in southern Ontario around April 10th, April 15th in central and eastern Ontario and May 10th in northern Ontario.

Winter survival of alfalfa stands has been much better compared to 2019. When scouting alfalfa stands, you want to assess plants and ensure plants are healthy with firm buds and numerous new green shoots with 2-5 inches (5-13 cm) of growth. Damaged plants will show no or minimal green-up. Digging up plants and cutting the root open lengthwise is also helpful in assessing the health of alfalfa plants. Healthy roots will have a white or creamy colour inside, be firm, and the outer skin will resist peeling when scratched with your thumb nail. Dead or dying alfalfa plants will have a discoloured crown and root with a spongy texture and a rotting smell. A significant amount of forages has been seeded across the province over the last two weeks. Fall rye as spring silage has helped improve tight forage inventories on some farms. The deadline for Forage Rainfall Insurance premiums is May 1st.

Canola has been planted on some acres in the southern part of the canola growing region, but no planting has occurred yet in Temiskaming and Cochrane Districts where there is still a bit of snow left to melt. Nitrogen and sulphur applications have been applied to most winter canola fields.

There have been less than a handful of reports of growers planting corn in southern Ontario; however, most growers have opted to wait until warmer temperatures are more consistent. Growers who are aiming to plant ultra early can manage their risk by not committing all their acreage to that ultra early planting window. Growing multiple hybrids or range of maturities allows you to spread the risk if hybrid specific issues arise and to stagger flowering timing. Original planting intentions for 2020 were for corn acres to be up slightly relative to 2019.

Ultra early soybean planting (before April 15th) has not produced higher yields consistently compared to soybeans planted between April 25 – May 10) With lower temperatures forecasted for the next two weeks, growers should consider waiting until temperatures are more favourable.

Dry bean acres are expected to be a bit higher this year than in 2019. Large seeded beans acres do not change a lot from year to year, but white bean acres are increasing, black bean acres are down, and adzuki are similar to last year. Contact your dealer as there are still some contract available. Sourcing seed has been a bit of a challenge this year because of production issues in 2019. 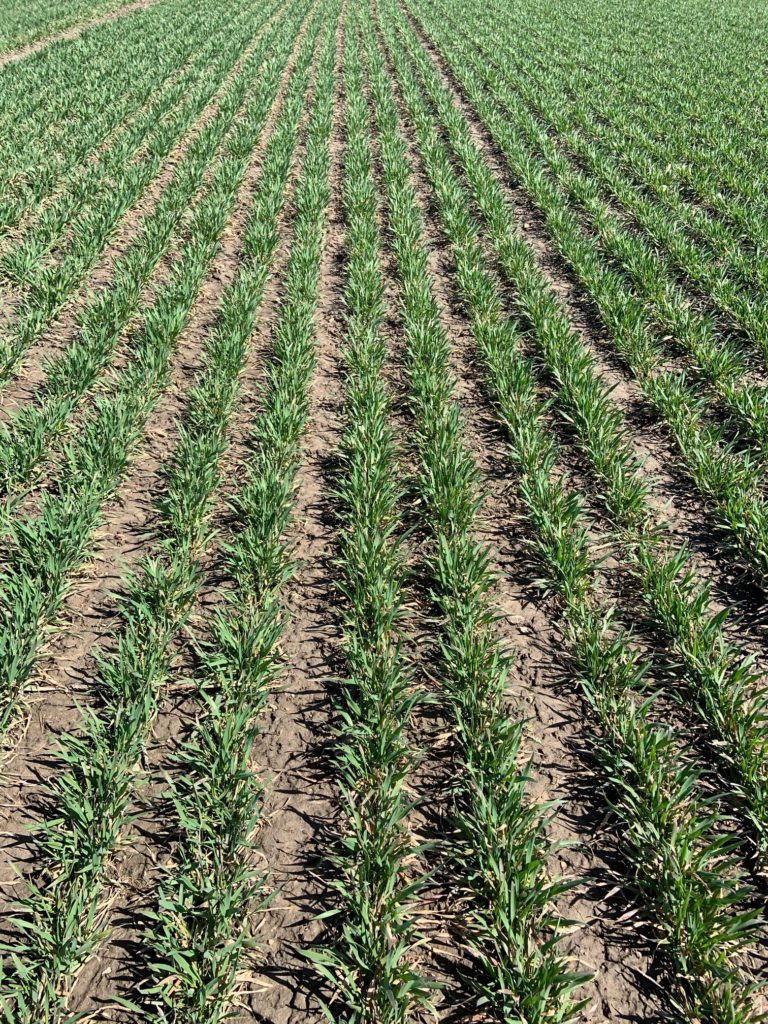 Figure 1: Differences in planting date are evident in the winter wheat crop this year. This field was planted September 20th and had multiple tillers on April 1st. 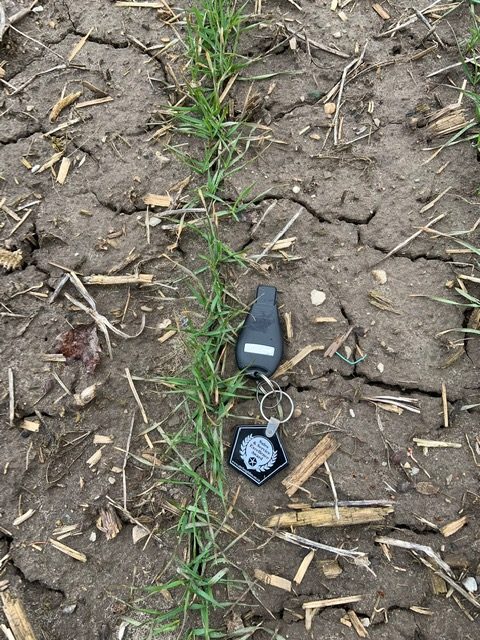 Figure 2: Differences in planting date are evident in the winter wheat crop this year.  This field was planted October 15th and have 2-3 leaves on March 31st.