It is still too early to predict what western bean cutworm (WBC) might do this year but to help prepare, we have updated the WBC infosheets for 2020.

WBC activity was delayed in 2019, in step with the delay in growing degree day (GDD) accumulation. Some regions caught up with GDDs while others stayed delayed.  As a result, peak flight was also delayed, occurring the 4th week of July (Week 10 – one week behind) in the southwestern counties, while central and eastern Ontario did not peak until the second and third week of August (Week 11 and 12 – one to two weeks behind). Both central and eastern regions had higher moth catches than the rest of the province but infestations were still lower than previous years. Flight was also more prolonged than normal, with moths still actively flying in the first two weeks of September. This resulted in late season feeding found long after the final scouting trips were complete. This late season damage did not result in significant economic loss. 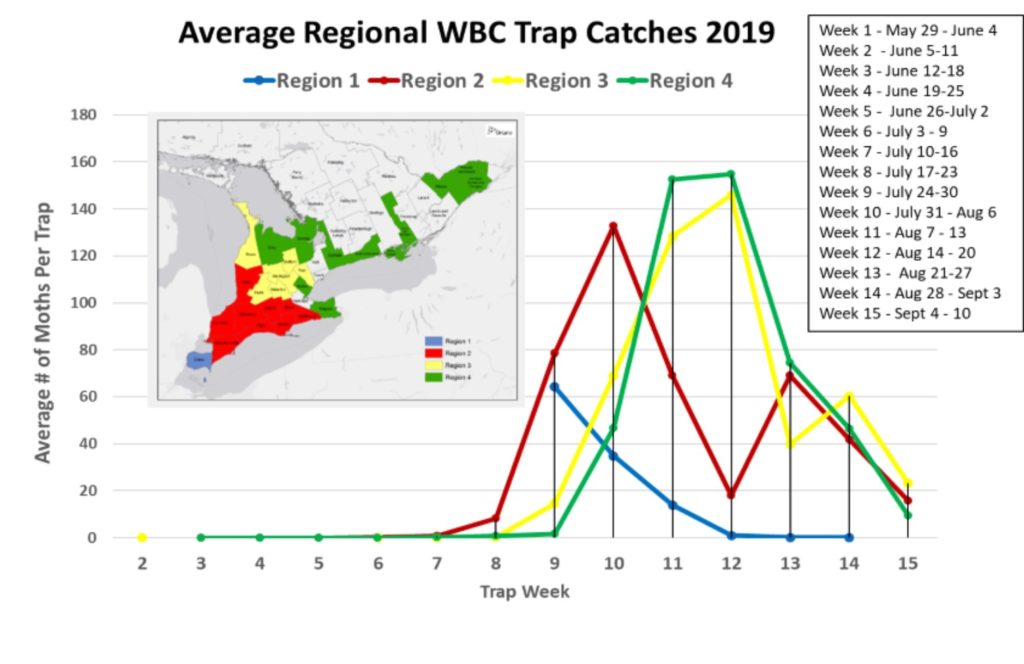