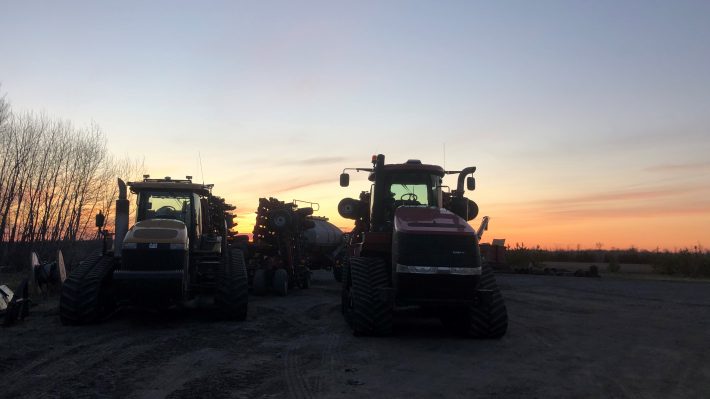 The morning of the meeting conditions were sunny across the north, but still cold. Generally, conditions have been sunny and windy so soils have been dry. A rainfall last week provided welcome moisture. There were no major concerns raised regarding grain crop planting and conditions, other than cold temperatures. Some regions are a week or two behind normal with the low temperatures. Cool conditions mean black flies are not yet out in full force, although historically temperatures have reached 20°C by Mother’s Day (hint, hint, call your mother on Sunday).

Conditions were great for seeding spring cereals last week ahead of rain. The majority of intended acres have now been planted across the north. Some regions are still wet from recent rains, but seeders will be out again soon.

Winter wheat is looking healthy and nitrogen has been applied. It is starting to grow but not yet advanced enough for fungicide or plant growth regulator applications. Annual weeds are just starting to emerge so there is no rush to apply herbicides now while temperatures are low.

Ontario producers have reported in recent years that CLB levels are increasing and difficult to predict. OMAFRA have created a CLB survey tool and ask that producers and scouts report their cereal crop stages and CLB field observations. Contributions to the survey will provide baseline data on where and when (date and cereal growth stage) CLB are appearing. AAFC will use the data to validate the CLB model used by the Prairie Pest Monitoring Network. If successful, it will help predict CLB development and improve scouting guidelines for Ontario producers. Links to the CLB and cereal staging survey will be provided on Field Crop News in the near future.

Canola regions south of Sudbury and Nipissing Districts are essentially done seeding canola now, but northern regions are just getting started. In recent years canola planted in June has resulted in some strong yields, but planting prior to mid-May is often ideal for avoiding swede midge damage at early canola growth stages. By the time canola is seeded and out of the ground, cold weather should not be a concern.  Seedlings can tolerate frost reasonably well prior to the 3-leaf stage.

Most participants reported forages are not yet growing or are growing slowly. Some cattle may have been turned out to pasture because of tight forage inventories, but pasture growth is slow and some producers reported being 3 weeks away from moving cows outside. Producers in some areas are working together to distribute/trade forage inventories to keep cows fed until pastures are ready.

Conditions are fairly normal for this time of year. Up to 70 mm of rain fell over 2 days last week, but prior to rains most small grains and some field peas were seeded. Frequent winds had left soils fairly dry, so the rain was not a major setback. Corn planting has not started yet.

Producers are nearing the end of seeding cereals, and canola seeding will start this week. Corn and soybean planting has not yet started but will follow after canola. Soils have been dry but moisture is adequate for planting. It was mentioned that extreme weather and the problems it caused with cropping in the past few years makes farmers want to work hard to take full advantage of the good weather and planting conditions they have now. Please focus on safety while getting farm work done, especially with children at home, and rest when you can!

Staff at the Emo Research Station have been working ground to prepare for planting research trials. To reduce risks associated with COVID-19, fewer summer students have been hired and the number of trials reduced. It was noted that AAFC Research Stations have been closed across the country, so collaborative projects with AAFC may not go ahead this season. Hops planted on the station 3 years ago appear to have had good winter survival and are emerging now. They will grow quickly up the tall trellises with some sun and heat.

Dryden area is about 2 weeks behind the conditions in Rainy River. It is still cold and forages are not really growing yet. Field activity has been observed in Thunder Bay but great weather today resulted in few participants joining the call from this region.

Conditions are similar to what has been stated above. Field preparation and seeding of cereals has been ongoing. Recent rains paused progress but producers should be finishing up cereals and moving on to canola soon. Annual weeds are just starting to emerge so producers are planning for herbicide applications. The region is about a week behind normal.

The New Liskeard Research Station have completed their tillage and fertilizer applications and hope to plant soon. The day of this meeting they were seeding a malting barley trial on a cooperators farm in Verner.

An old friend of Ontario agriculture joined the call from Manitoba. He reported that spring has not really started there and they are just beginning to spread fertilizer, seed crops and plan for herbicide applications. Field work is even further behind than normal because they were not able to conduct fall fertilizer applications, which are common there. Fields are wet and they have seen a lot of equipment stuck in the mud. Advisors are encouraging producers to get crops planted with starter fertilizer and work to apply nitrogen later. Feed inventories are running short and livestock producers are anxious to get livestock out on pasture, but pastures are a long way from being ready. The Manitoba agri-business industry are pleased to be starting their own cropping update meetings after observing our breakfast meetings in Ontario.

AAFC’s Agroclimate Impact Reporter is interested in how weather impacts farms throughout the growing season (i.e. what’s really happening on the ground). This ag-sector citizen science effort feeds into AgriRecovery and other programs. The monthly survey takes ~5 minutes to complete. To join the reporter network, visit http://www.agr.gc.ca/eng/agriculture-and-climate/drought-watch/agroclimate-impact-reporter/?id=1463575416544

Another citizen science effort that lets decision-makers know about the impact of weather on farms is the CoCoRaHS (Community Collaborative Rain, Hail, and Snow) network. CoCoRaHS recognizes that precipitation is very variable even over the shortest distances. By having volunteers monitor precipitation in their area, they aim to better capture this variability. To sign up as a volunteer observer, visit https://www.cocorahs.org/CanadianApplication.aspx 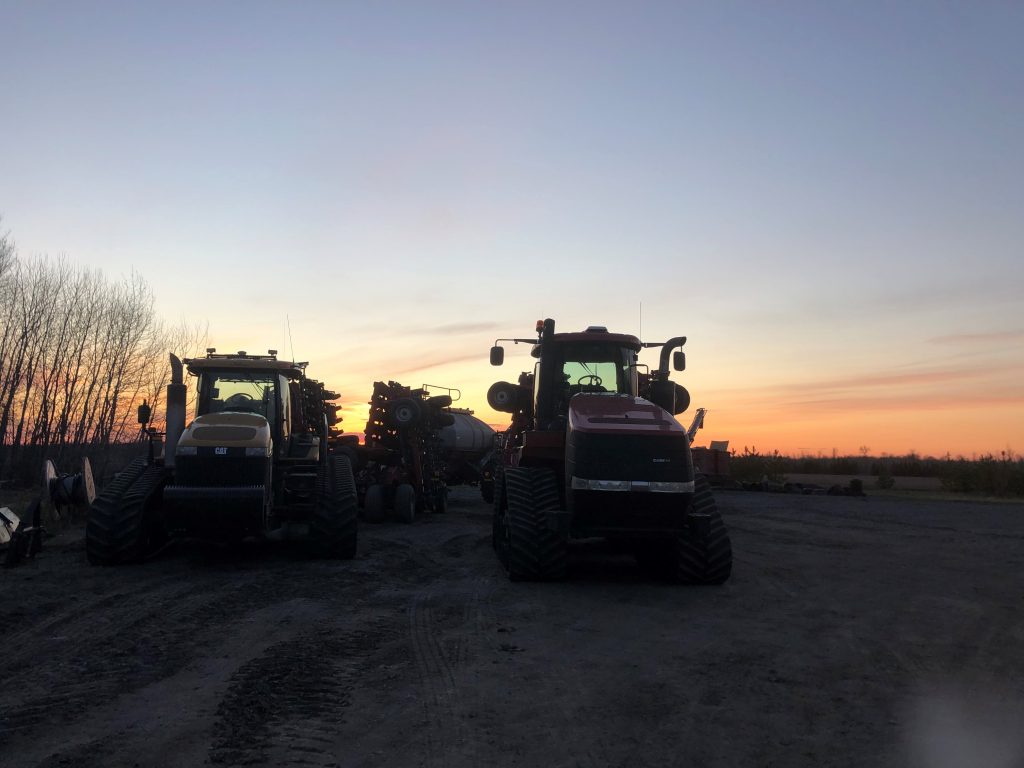