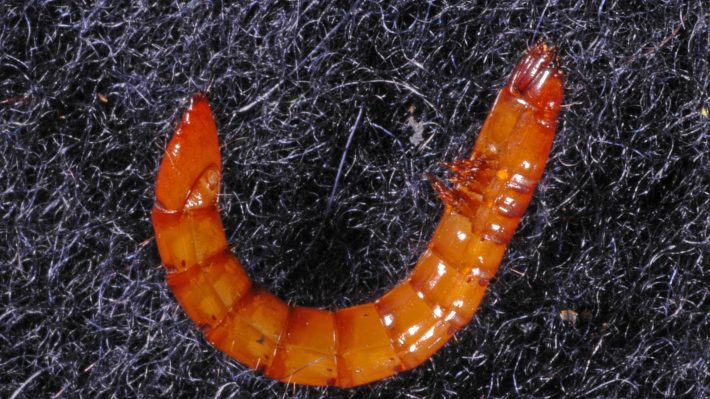 About 70 people joined the call for the 5th Ridgetown-Simcoe Breakfast Meeting. The next meeting on June 16th will be the last call for this region. Most of the corn and soybean planting has been wrapped up in the area. However, on heavier textured soils in Chatham-Kent, Niagara and Haldimand there still remains anywhere from 20-50% of the acres to be seeded. Winter wheat is moving along quickly with the recent warm temperatures and T3 fungicide applications have begun. Forages are starting to come off as we move east for those looking for 4 cuts this season. Tomato transplanting is also ongoing with conditions being pretty good for the most part.

Insects: Insects were the biggest discussion on today’s call. More insect feeding is being seen in corn and soybeans than previous years likely because of the cooler conditions that resulted in seed sitting in the ground longer. Millipede feeding is being found in early planted soybeans that were in the ground for an extended period of time. There are no control options as they are considered a somewhat beneficial pest that help break down residue. Wireworms are being reported in many fields but has specifically been a concern on lighter soils. Jocelyn Smith from the University of Guelph, Ridgetown Campus is currently working on a paper summarizing all the species of wireworms found in Ontario between 2014-2017. She is also working on publishing maps with the species they have found and where they are. Not every county has been covered off so if you have some sites and you are finding high numbers of them please contact her at jocelyn.smith@uoguelph.ca. Collect the larvae in vials of alcohol with location information. In your sample submission please include the soil type, 3-year crop rotation, how you collected the wireworms (bait traps or digging for them) and the actual number of wireworms found. They will be sent to AAFC-BC for species identification. Jocelyn and her lab are doing is the real first look at this in Ontario and she noted that while we may be finding them there needs to be relatively high numbers for any real yield loss.

While seed corn maggot is more of a problem in soys, it is also being found in corn along with chafer damage. Bill bugs are also being reported in the Norfolk and Haldimand region. The warmer weather is expected to help get these crops up and growing through this feeding.

There have been reports of flea beetle feeding in canola stands, particularly in early planted fields that were slow to emerge. Later planted fields are emerging quicker and appear to be growing through the feeding much better.

In winter wheat there have been many reports of high aphid populations. There is a hot spot of aphids in the Seaforth area with fields well over threshold in the early to mid-boot stage. In those fields, aphid populations are approaching 50-100 aphids per stem. To date, only two fields have been reported as sprayed with excellent control. There are no signs of barley yellow dwarf virus in those fields. The threshold for aphids prior to heading is 12-15 aphids per stem and after heading it is 50 aphids per stem.  When making insecticide application decisions growers are encouraged to consider predator/beneficial populations as well.  If you are seeing signs of aphids, consider using the Cereal Aphid manager App: http://www.agr.gc.ca/eng/scientific-collaboration-and-research-in-agriculture/agricultural-research-results/cereal-aphid-manager-mobile-app/?id=1521633279786. The app takes into consideration aphid thresholds, predator populations as well as the weather forecast to help determine the population growth of the aphids versus the feeding or parasitism rate of the natural enemies. Those fields that are likely at most risk are those fields that are just approaching flag leaf because you have another week or so of increasing populations that can have an impact on yield. Those fields that are further advances are less of a concern, if populations are not nearing threshold yet.

There was a discussion about the use of talc versus a fluency agent when using neonic treated seed. It was pointed out that while the neonic regulations have changed in Ontario, the federal government still requires you to be using a fluency agent and not talc, particularly for vacuum meter planters. It is anticipated that less than 5% of corn and soybean acres in the province are treated with neonics. Where neonics are being used is in high insect pressure areas, where growers have not been able to find an alternative seed treatment mix that is effective. These growers have established the need and know where and when to use it.  Some scenarios include high wireworm pressure year in and year out and where corn is being planting into alfalfa or sod and have a high grub or chafer population. It was noted that these tools are of high value in other crops such as edible beans and canola so as an industry we need to minimize the risk of using these products and use them properly.

Corn: Corn planting on lighter textured soils has been complete for two weeks. However, on heavier soils in the Merlin area, Niagara and Haldimand corn planting ranges from 50-80% complete. If growers are unable to get their corn acres in the Niagara and Haldimand regions in the next few days, these acres will be switched over to beans. There was concern a few weeks ago that there would be a need for massive replants across the region due to crusting issues. However, thanks to rainfall over the last week that crust has broken up and corn was able to emerge without much trouble.  While there are instances of re-plants in the region it equates to about 5-10% of total acres with many living with populations ranging between 18,000-25,000. Where a re-plant was necessary, it seems to be related to genetics and specifically a variety’s cold tolerance or seed quality. Side-dressing has begun in the Stoney Point area with nitrogen stabilizers being utilized to reduce losses. Some trials are also being conducted to evaluate sulphur and boron along with the nitrogen at sidedress.

Soybeans: Soybean planting is well underway in the region with the exception again being on those heavier soils. It is anticipated that most soybean planting will be wrapped up over the next week if those areas miss the rain.  It was noted by a number of people that where no-till soybeans are being planted after corn the ground is taking much longer to dry out compared to fields planted after wheat or soybeans. It is suspected that the root balls from the corn are keeping the ground wet. While soybeans are emerging ok for the most part, differences in stand emergence have been noted in different crop rotations.  Where soybeans were planted after wheat or corn on clay soils there are much better stands than compared to those fields planted after soybeans.

Cereals: Winter wheat is moving along well in the region with most winter wheat at late boot or head fully emerged stages. T3 fungicide applications have begun in the region and are expected to continue through to next week.  Some are noticing differences in fields that received a Plant Growth Regulator (PGR) application compared to check strips that did not. In one instance winter wheat that was sprayed with a PGR was 3” shorter than the wheat that was not sprayed with a PGR and had a slightly lighter green colour. Sulphur deficiency continues to be a concern even on fields that received a sulphur application earlier in the spring.  It has been observed that the deficiency appears to be a concern on those fields that used ATS. Those who are applying ATS are applying in the 4-6 gal/ac range which has shown to be more than adequate in the Ontario research.  It is suspected that we are not getting release from the elemental component of the ATS or any S from the soil due to the cool conditions this spring.  For those fields requiring a rescue and with high yield potential, some growers are applying up to another 5 gal/acre with 15 gal of water at flag leaf. There was some discussion on the variation in S response between fields that received the same product and same amount of rainfall that can’t quite be explained. Physiological flecking has been observed on the flag leaf of some varieties; however, it is nothing too severe or compared to what we have seen in previous years. Research out of Washington state has shown some benefit to applying potassium chloride to prevent physiological flecking; however, a benefit has never been observed here in Ontario. Very little disease has been reported and confirmed in Ontario winter wheat this year.

Weeds: Weed control continues to be a priority for many. Due to continued windy conditions there have been few windows of opportunity to spray. Dr. Peter Sikkema highlighted the importance of early weed control in corn and soybean now that crops are emerging. He noted that in his research he found that if you wait until weeds are 2” tall in corn there is a 5.5 bu/ac yield loss or $27/ac loss. If you wait until weeds are 2” tall in soybean there is an average loss of 1 bu/ac or $13.52/acre. Dr. Sikkema has had more questions on wild carrot in 2020 than any other weed species. For those dealing with this weed, the best way to manage in corn is with a post emergence application of peak plus dicamba. In winter wheat an application of peak plus Pardner provides effective control and in soybeans a sequential application of glyphosate plus Broadstrike and pursuit applied pre-plant followed by classic post emergence provides the most effective control. It was also noted that Canada fleabane is just approaching 4” and herbicide applications to control this weed should have already been done.  Grass escapes in corn and soybeans have been observed with integrity and boundary this year.  It was discussed that grasses do not have the same impact on yield as broadleaf weeds.

Work is underway at a farm in Middlesex county with four-way herbicide resistant waterhemp. The waterhemp is resistant to group 2, 5, 9 and 14 herbicides. Work on herbicide resistant screening continues at the University of Guelph through Dr. Francois Tardif as well as through Chris Grainger.  Chris Grainger is looking at molecular testing which is more rapid; however, the disadvantage is that you need to know the mutation they are looking for. For anyone who suspects that they may have a herbicide resistant weed and would like to get your fields tested for free (through project funding) contact: Kristen Obeid for sample collection kits and sampling protocols at Kristen.obeid@ontario.ca or 519-965-0107.

Resistance to fungicide and insecticide applications are also being reported more in the US. Albert Tenuta will be looking at fungicide resistance in a number of corn and soybean diseases in Ontario and will be looking for samples. Stay tuned for more information on that.

Diagnostic Days: A plan to deliver virtual Diagnostic days across the province is currently being developed. Once the details have been finalized more information will be shared. 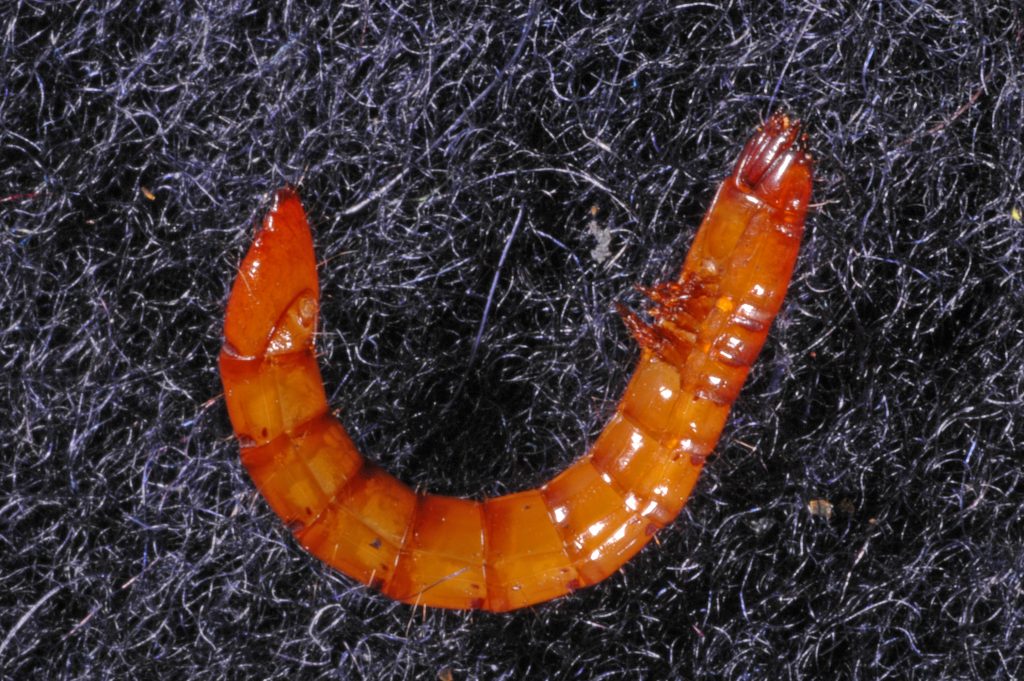