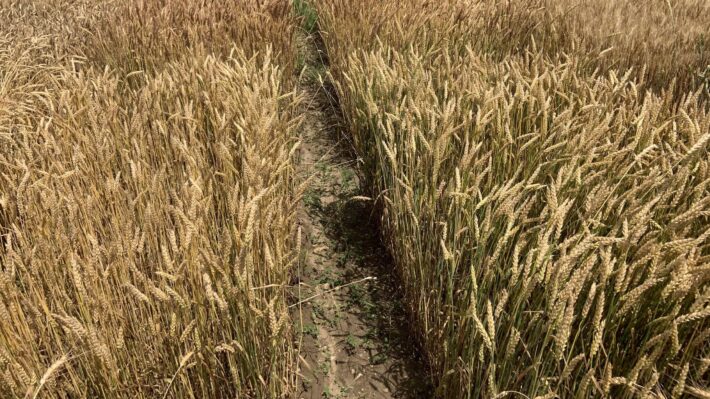 This article was written by Bailey Fleet, University of Guelph. Bailey is a summer student under the USEL program. Bailey worked under the supervision of Nick Wilker from the U of G wheat breeding lab and Joanna Follings from OMAFRA.

Phosphorus (P) is important for the proper growth of cereal crops. P has been found to be a limiting nutrient in plant growth and is necessary for many key energy functions, such as cellular energy transfer, photosynthesis, and respiration (Grant et al., 2001). These functions can result in more uniform emergence, increased root development, and enhanced winter survival in cereal crops, which can all lead to overall increased yields and profitability. In order to obtain optimal yields, it is very important that P be applied at the early stages of growth (Grant et al., 2001). For cereal crops, P fertilizer tends to function best when phosphate is drilled with the seed (OMAFRA, 2017). Therefore, it is crucial for growers to use a starter P fertilizer at planting in order to obtain optimal yields of their cereal crops. 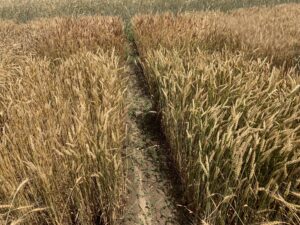 However, the use of P in agricultural settings does pose multiple challenges to growers as well as the environment. P is a non-renewable resource that is mined for agricultural use, which is becoming increasingly scarcer for food production (Veneklaas et al., 2012). Phosphate ions also have a high capability of being adsorbed to soils, making it increasingly difficult for crops to uptake this necessary nutrient (Grant et al., 2001). Only 15-30% of added P is actually successful in being taken up by plant roots (Cordell & White, 2014). This results in an overall over-application of P fertilizers for agricultural use in order for optimal growth of crops to be achieved (van de Wiel et al., 2016). This over-application often leads to unused P being either bound within soils or resulting in runoff, often ending up in water bodies and causing eutrophication of these areas (Schrӧder et. al., 2011). Therefore, in place of over-applying P fertilizers for agricultural production, utilizing varieties of crops that are more efficient at using and uptaking P may prove to be a more effective alternative.

Phosphorus use efficiency (PUE) is a trait that increases a plant’s ability to use P more efficiently overall, which can be achieved through the breeding of varieties of crops with PUE traits (van de Wiel et al., 2016). For a plant to be efficient with its use of P, it should be capable of efficiently taking up soil P as well as mobilizing it throughout the plant (van de Wiel et al., 2016). The need for more PUE wheat crops is also a growing area of interest in the agriculture industry. The amount of P fertilizer needed for wheat production can prove to be substantially higher than other common crop species such as rice and maize, due to wheat’s decreased ability to uptake bound soil P (Su et al., 2009). Therefore, it is necessary that studies be carried out to find wheat varieties with PUE traits, as this would allow for significantly less P to be added to soils, since a large percentage of P in agriculture is used for wheat production.

Studies such as that of grad student Kaitlyn Sjonnesen at the University of Guelph have aimed to assist in solving this issue by discovering PUE traits in a variety of winter wheat genotypes. This study consists of 200 varieties of winter wheat, each variety having one plot with low added P at planting and one with high P applied at planting. This allows for observations to be made when comparing the two plots based on growth characteristics such as, heading dates, maturity dates, incidence of crop diseases, and seed yield. A QTL analysis will then be run on these winter wheat varieties in order to detect DNA markers that are responsible for PUE traits. The objective of this study is to discover varieties of winter wheat that display PUE traits physically and genetically, so as to allow plant breeding programs to use these genotypes of winter wheat for future crosses.

As of yet, there are no notable PUE winter wheat cultivars available in the Ontario region. However, projects such as that of Kaitlyn Sjonnesen are aiming to report the results of these performance trials and indicate which winter wheat varieties were phosphorus-deficiency tolerant as well as phosphorus-responsive. This information from the study, which will likely be released in early 2021, would be beneficial to growers, as these indicated varieties may already be available for commercial use in Ontario.

Studies such as this are so important, as discovering crop varieties with PUE traits will result in future benefits for the environment and for growers. Identifying these types of PUE winter wheat lines impacts growers, as they are able to apply less P fertilizer, which proves to be a more cost-effective choice. This reduction in P fertilizer use will also lead to less P moving off target by being bound in the soil or causing pollution due to runoff. While the use of P in agriculture cannot be avoided as it is essential for proper crop growth and has no alternatives for its use, the use of PUE crops is allowing for a more efficient use of P use in agriculture. 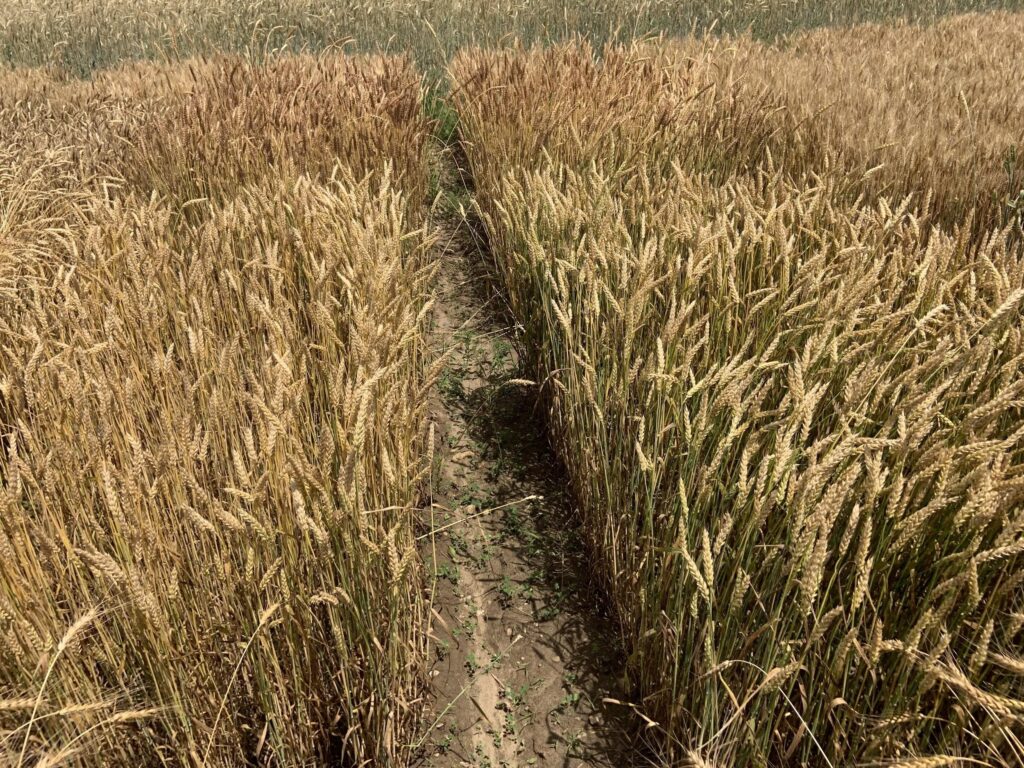