This week we would like to discuss tar spot in corn as well as soybean cyst nematode and sudden death syndrome in soybean.

There is a lot of discussion and questions surrounding tar spot this year in Ontario. Tar spot is a new corn disease in the US midwest and since its initial confirmation in northern Indiana (2015) has moved into new areas including Michigan. Although the disease has not been confirmed in Canada or Ontario, it was detected in bordering counties in Michigan last year (Figure 1 – map). As a result, the likely counties which tar spot will be first found in Ontario are Essex, Chatham-Kent, Lambton and Huron due to wind patterns and close proximity to infected areas in Michigan. For real-time tar spot tracking which includes Ontario please visit the Corn ipmPIPE website at http://corn.ipmpipe.org/tarspot-2.

The concern with tar spot has led to many samples and pictures being submitted for examination. To date all these samples have been negative for tar spot and the vast majority of samples have been confused for insect frass (poop)! It is easy to distinguish insect frass from tar spot lesions, you just need some water or “spit”. Wet the leaf spot and rub the area between your finger, hence the scientific procedure name of “spit-test”!  If the spot rubs off the leaf, it is not tar spot which produces raised black lesions which are embedded in the leaf and don’t rub off.

Tar spot appears as small, raised, black spots scattered across the upper and lower leaf surfaces. These spots are stroma (fungal fruiting structures). If viewed under the microscope, hundreds of sausage-shaped asci (spore cases) filled with spores are visible. When severe, stroma can even appear on husks and leaf sheaths.

Tan to brown lesions with dark borders surrounding stroma can also develop. These are known as “fisheye” lesions. In Latin America, where tar spot is more common, fisheye lesions are associated with another fungus, Monographella maydis, that forms a disease complex with P. maydis known as the tar spot complex. M. maydis has not been detected in the United States.

Corn during the mid to late grain stages (R3-R6) is when tar spot is most commonly found, so now is a good time to scout for the disease. Keep in mind, a few other diseases such as rust and physoderma brown spot can be confused with tar spot. Rust forms orange/red lesions which erupt through the leaf surface (volcano-like) and as they get older can turn black/dark brown but when you rub the lesions the spores do rub off leaving a smudge on your finger. Physoderma form flat brown lesions primarily on the leaf mid-rib or near leaf base unlike tar spot which usually occurs from the middle toward the tip of the leaf.

The dry conditions in 2020 have been favourable for soybean cyst nematode (SCN) infection.  Dig plants with a shovel and gently remove soil and examine roots for the presence of the small white to yellow cysts (Figure 4). Cysts are considerably smaller (1 mm) compared to Rhizobium nodules (Figure 5). If you find SCN take a soil sample at the end of the season to determine population levels and plan to use a SCN resistant variety in the future. If you are growing a SCN variety and have high levels of cysts on the root this could indicate SCN PI88788 resistance gene is not as effective as previously, therefore growers should use another source of resistance such as Peking.

Sudden death syndrome (SDS) has become more noticeable as well over the past two weeks due to the much-needed rain events especially in the southwest. Symptoms are yellowing and browning with green veins (Figure 6). Leaves can drop prematurely but the petioles will remain. To confirm SDS, cut stems and look for brown discoloured areas along the outer stem layer while the center (pith) will remain white (Figure 7). In plants infected with brown stem rot, the stem pith will be brown while the outer stem layer will remain healthy. Late season manganese deficiency produces bright yellow leaves in the upper canopy between the veins with small brown spots can be confused with SDS.

SDS tolerant varieties as well as seed treatments are available and should be used in the future. 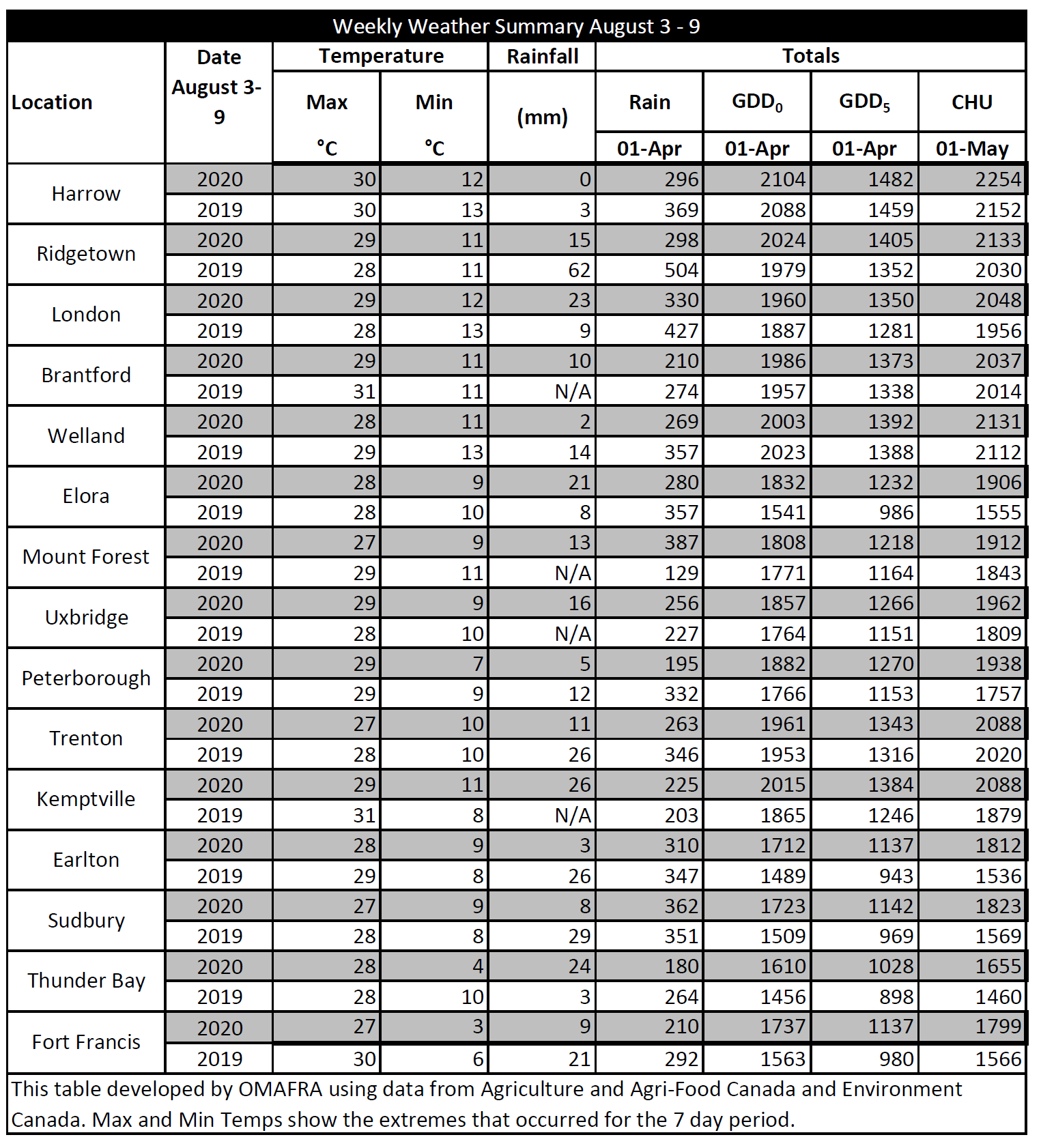