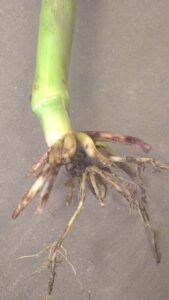 Scouting for corn rootworm injury is important to detect potential resistance to rootworm Bt traits and to plan management options for the next growing season. It is especially important to report any fields showing signs of suspected resistance to your corn agronomist and the provincial entomologist.

Rootworm larvae feed below ground on corn roots from late May until late July. The larvae hatch from eggs laid in the previous growing season. After pupating, adult beetles emerge as early as late May until the end of August. We highly recommend that fields are scouted before early September while rootworm adults are still active. This will allow corn company reps and provincial specialists to assess the field further to determine if resistance is occurring. This requires adults to still be present and green tissue on the plants to test if Bt is expressed in the plants. Reporting as soon as possible allows for rapid response and guidance on measures for 2021 to help preserve the effectiveness of Bt rootworm hybrids for Canadian corn growers.

High Risk Fields for Resistance to Occur Include: 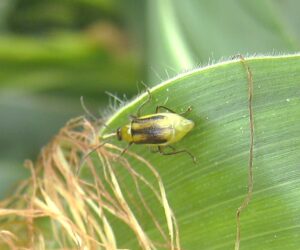 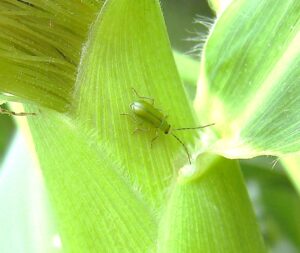 How to Scout for Root Clipping by Corn Rootworm:

Root clipping can be assessed any time from the end of June until harvest, though it is preferable to do these when adults are still active and plants are green to test for Bt proteins. Using a shovel, dig up as much of the root ball as possible without clipping roots with the shovel. Clean the roots by soaking in a pail of water or rinsing with a hose. Look for brown scarring, tunneling, and root pruning. In extreme cases entire nodes of roots will have been eaten by larvae. The Iowa State node-injury scale (0-3.00) can be found here. 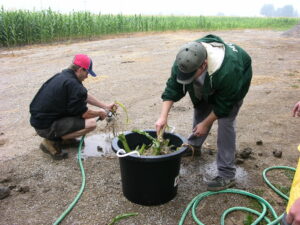 Wash corn roots in a pail of water or with a hose to clean any soil off to more easily inspect for root injury. 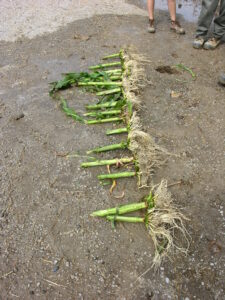 When to Report Potential Cases of Bt Resistance: 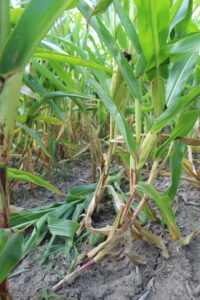 Rootworm injury to roots results in plants goosenecking as they try not to lodge.

Who to Report Potential Cases of Bt Resistance to:

Your seed provider as well as your corn agronomist, and the executive or provincial representatives of the Canadian Corn Pest Coalition