Environment Canada has issued frost advisories for most corn growing areas of the province for the nights of September 18 to 20 which are expected to be near or slightly below freezing (Figure 1). This is earlier than we typically observe first frosts, earlier than our long-term season end dates (Table 1) and much lower than our normal low temperatures this time of year which are closer to 10°C. 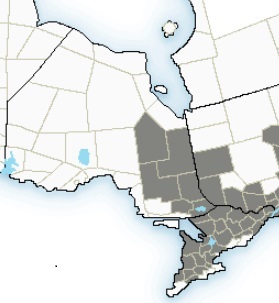 What is the impact of not maturing prior to a frost?

The impact of not reaching physiological maturity (black layer) before a frost depends on corn stage and frost temperature and duration. A light frost (low temperature not less than -2°C) will likely damage leaves and halt any further photosynthesis but not penetrate stem tissues. This will largely stop dry matter accumulation in the plant, but still allow translocation within the stem to continue some grain fill. A frost of -2°C or lower is generally considered a killing frost, where stem tissue is likely damaged, stopping any further dry matter accumulation and translocation into the grain.

1 – general guidelines for a 2800 CHU hybrid, may differ slightly across hybrids, hybrid maturities or planting dates.

Thankfully, most of Ontario’s 2020 corn crop was planted in good time and generally well through dent stage, with some of the earliest planted corn close if not at physiological maturity (black layer). For corn at the half-milk stage, a light leaf killing frost would be expected to have minimal yield (0-5%) or quality impacts, while a plant killing frost may result in 10% yield loss.