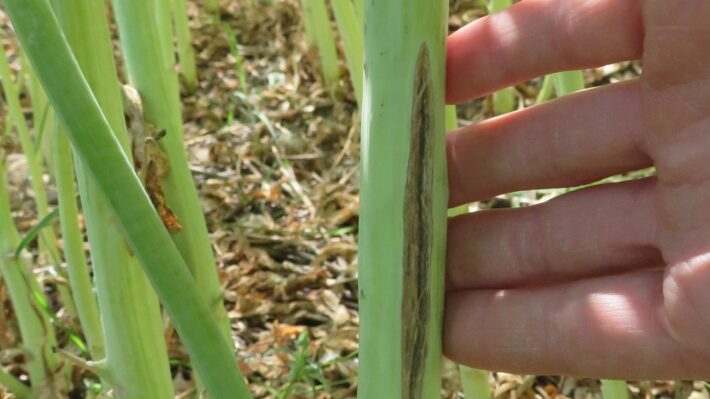 Canola acreage in Ontario was similar to last year, with 29,019 acres insured in 2020. Spring canola acres have declined in most regions, including a drop in Temiskaming District from about 11,300 acres in 2019 to about 9,300 acres in 2020. Nipissing added 700 acres compared to last year, for a total of nearly 2000 acres. Combined acreage in Cochrane District and Northwestern Ontario has remained around 4,800 acres insured. Acreage in other areas is trending downwards, especially in central and eastern Ontario. Interest in winter canola continues to expand across all parts of the province south of Lake Muskoka. It is estimated that there were between 1500 to 2000 acres of winter canola harvested in 2020.

The spring planting season was more forgiving in 2020 than in 2019. By the end of April, most intended acres had been seeded in Bruce County and more than half in Simcoe, Grey, and Wellington Counties. Mid-April snow delayed planting for Northern Ontario producers. Spring canola seeding wrapped up across the province by mid-May.

Conditions were generally dry through spring, although there were reports of wet conditions in Cochrane District in early June. Canola emergence was slow on dry fields. Through late May and early June, most regions saw large swings in temperature, from below-zero to temperatures above 30°C within a week. The canola was stalled in northern regions by a frost in early June, but few replants were reported.

Flea beetle were abundant again this year. Many fields were sprayed with insecticide and some were replanted. Early-planted fields that experience dry conditions or colder temperatures tend to move slowly through seedling stages. Slow growth gives flea beetle more time to cause significant damage when canola is most vulnerable, from emergence to the 4-leaf stage. The below-zero temperatures in early May did not deter flea beetle instead driving them down to feed on plant stems.

Swede midge pressure, while difficult to evaluate without widespread trapping, was likely greater this year than last, particularly in northern regions. This may be due to higher acreage of spring canola in the north in 2019, increasing local midge populations. However, major damage that prevented plants from bolting was not reported on significant acreage. Swede midge were not caught in traps in Emo area, which was the first attempt at monitoring for the pest in the northwest.

Diamondback moth are an occasional pest of spring canola in Ontario. They were noted in northwestern and northeastern Ontario in low numbers in spring. They have also been observed during pod fill in recent years.

Over the past five years clubroot has been confirmed in many regions of Ontario. Many producers have started using clubroot-resistant varieties; however, the selected variety must match the clubroot pathotype present in the field. Growers should note that resistant varieties are not 100% effective and can be overcome by clubroot when the spore population in the field shifts to a different or more virulent pathotype. This shift can happen in just one or two exposures of the pathogen to a clubroot-resistant variety or trait, particularly when spore counts in the field are high. High spore counts can occur following a season when clubroot symptoms are observed, but it is also possible for high spore counts or more virulent pathotypes to exist before a producer has noticed losses to clubroot in a given field. The presence of new, more virulent clubroot pathotypes, sometimes named with an “x” (e.g. pathotype P3x), have been confirmed in some northern Ontario fields. This has resulted in significant clubroot damage and yield loss.

Clubroot spore counts can be reduced by taking a break from growing canola (and managing volunteers and weeds) for 2 years or more, although some spores remain viable for a decade or more. Producers should monitor their canola for symptoms annually and consider periodically testing soil samples for the presence of clubroot. It is anticipated more canola growers will be dealing with new, difficult to manage pathotypes in the coming years. Try to mitigate or slow down future clubroot problems by testing your fields for presence of clubroot, growing 3 or 4 crops in rotation, managing volunteer canola and brassica weeds promptly, and using a clubroot-resistant variety prior to detection of clubroot. There is a greater risk of clubroot appearing on your farm if you utilize custom application services or share equipment. Clubroot may also be introduced on your farm through waterways or other movement of soil from neighbouring fields. 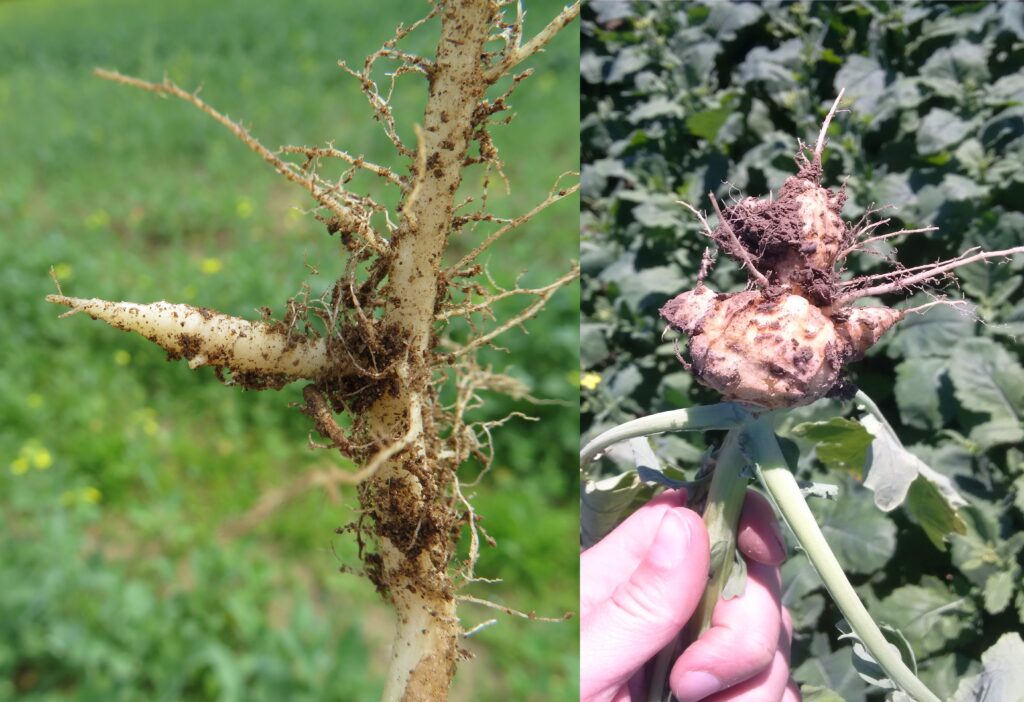 In Bruce, Grey and Wellington Counties, most canola was harvested in August, a couple weeks ahead of normal. Conditions were dry and grain moisture content was low. Further north, after a wet August canola harvest was done in the typical September window, and growers with a lot of acres finished up in October. Some fields took up to two weeks longer to dry down and green stems slowed harvest. Grain from these later fields had to be dried in some cases.

AAFC have reported average oil content of 43.3% for Ontario canola. At the time of this report, Agricorp had received final yield numbers for greater than 90% of insured acres and the average yield was 2081 lbs/ac, which is 96% of the 10-year average provincial canola yield.

The mild winter of 2019/2020 and warm conditions early in spring resulted in good survival of winter canola. There were temperatures as low as -5°C after canola had bolted in Prince Edward County, Perth County and further south, but the variety Mercedes tolerated the conditions well. The cold caused plants to droop over during the night, but they stood up again during warmer afternoon temperatures. Some fields had started flowering and lost a few flowers to frost. Losing a few early flowers is unlikely to result in yield loss, because later branches can compensate for the loss. It was noted that some stems cracked during the cold, but this did not appear to slow growth or reduce yield. Later in the season the cracked stems did not appear to be diseased (Figure 2). 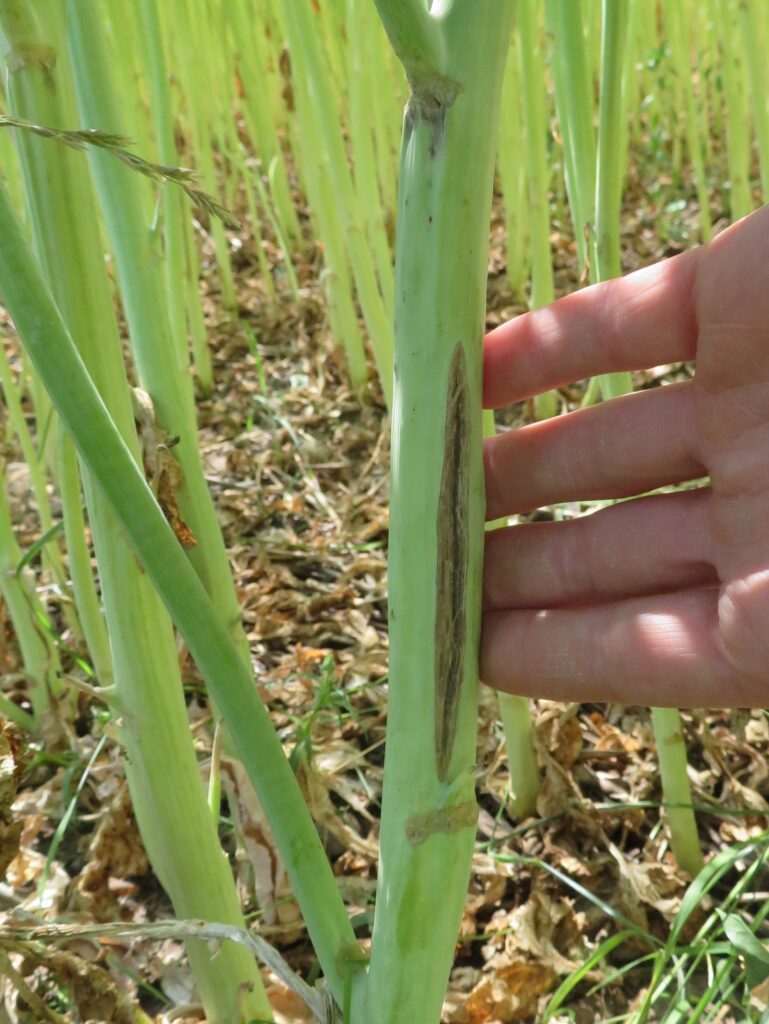 Figure 2. Stems that cracked during late spring frosts did not lodge or appear diseased (Photo: July 2, 2020).

Where the canola had not bolted prior to late spring frost, heaving and rotting of plants was observed. Heaved plants may survive but likely have lower yield potential. In some cases, the frost killed the main growing point, but plants went on to produce multiple stems, which resulted in some yield loss. Producers also noted that when fertilizer was applied in early spring, frosted plants in the tire tracks were completely killed.

While cabbage seedpod weevil is expected to appear in winter canola at some point, they were not observed this year. Most producers applied fungicide to prevent white mould, and mould was noted in fields that were not treated.

A few producers reported lack of rainfall later in the season which caused early dry down in parts of their fields. Most of the canola came off the fields at adequate to low moisture levels. Yields were strong; many producers who were contacted reported averages of 3700 lbs/ac or more, while fields that suffered damage with late spring frosts and heaving reported yields from 2200 to 3200 lbs/ac. Winter canola producers took the top 3 spots in the provincial yield contest, with the 1st place winners harvesting an impressive 5743 lbs/ac of the variety Mercedes.

While over 5000 acres worth of winter canola seed was sold this fall, some producers were unable to get seed in the ground. Having fields prepared well in advance of September was advantageous. Some producers reported seeding the first week of September into dry conditions, which in some cases resulted in issues with emergence of shallow planted seed. Others had to wait for fields to dry out and planted around Sept 20th. Spring should bring valuable learnings; the crop planted Sept 1st to 5th may have excessive top growth but has healthy, large roots and crowns while the crop planted Sept 20th will provide more info on the survival of smaller plants.

The Southwest Agricultural Conference, Eastern Ontario Crop Conference, Golden Horseshoe and Heartland Soil and Crop Improvement Associations are pleased to present the first ever Virtual ONTARIO Agricultural CONFERENCE on January 6th and 7th, 2021!  Under the theme of “Coming Together”, this combined team of conference specialists has assembled an incredible array of 40 live streamed and ON DEMAND recorded sessions along with an Exhibition Hall packed with keen and knowledgeable conference sponsors as well as make sure to join us at the “Coming Together” Social Hour!

Conference registration is NOW OPEN so visit www.ONTARIOAgCONFERENCE.ca for program, ongoing updates, registration and conference information, or check-out the conference brochure in your November 3rd edition of the Ontario Farmer.

This is a conference you simply cannot afford to miss. So, mark January 6th & 7th, 2021 in your calendar now! See you there!