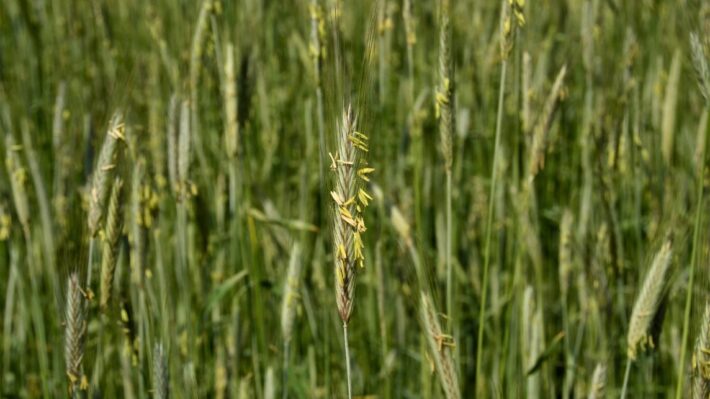 In the video series below, we provide an overview of roller crimping rye for organic no-till soybean production. We give an overview of the system and profile the experiences of two Ontario farmers.

To learn about the on-farm trial results, click here. A detailed project report can be found here.

While there are many benefits of organic agriculture, one of the potential downsides can be the frequent requirement for tillage, in particular during the soybean production phase. Excessive tillage is known to have negative impacts on soil structure and soil health as a whole. In an effort to reduce the tillage requirement for combating weeds in organic soybean production in Ontario, Jake Munroe, Soil Management Specialist for Field Crops, with support from the Ontario Soil and Crop Improvement Association (OSCIA), has been looking at utilizing crimped cereal rye as a weed-suppressive mulch during the growing season. This is a concept that has been thoroughly studied by researchers at the University of Wisconsin-Maddison and implemented on farms in the United States; however, it is not currently a widely used method in Ontario organic agriculture. This two-year trial has evaluated crimped cereal rye in organic soybean production on several small plots, as well as in collaboration with growers who are trying the system on their farms. In this three-part video series, we will take a look at how the system works as a whole, and hear from two of the on-farm cooperators who have been implementing this system on their farms.

The first video in this series features Jake Munroe explaining cover crop-based organic no-till soybean production and how it has been implemented in the OSCIA trials. A key tool to enable cover crop-based organic no-till is a roller crimper, a large drum with metal strips affixed to it in a chevron pattern, that is used to terminate the rye and lay it down flat. With this method of termination, it is important to avoid cutting the plant stems, which can allow for rye re-growth. Soybeans can either be planted into standing cereal rye or following rye crimping, although it is recommended to have sharp openers and effective closing wheels for optimal results. Many of the images shown in this first video are from the plot at Canada’s Outdoor Farm Show, which was established in collaboration with Soils @ Guelph.

The second video of the series features Brett Israel of 3Gen Organics, which is located just outside of Drayton, Ontario. The farming operation at 3Gen Organics consists of both organic swine production as well as over 800 acres of certified organic cropland. The Israel’s are new to cover crop-based organic no-till soybean production but were interested in giving it a try in cooperation with this project. In the final video of the series, Brett will discuss his successes and challenges with the strip trials on his farm comparing 30-inch organic soybeans to soybeans grown with a cereal rye mulch as the only form of weed control.

The third video in the series features a grower that has been using a cereal rye mulch in his organic soybean production for several years. Morris Van De Walle farms 1,000 acres of certified organic land near St. Marys, Ontario where he has gained first-hand knowledge on how to implement the cover crop-based organic no-till system in Southern Ontario. Morris had a 30-foot-wide roller-crimper that he has put to good use over the past few years in his soybean fields. He has also experimented with using this system to enable no-till production of other organic crops in his rotation, such as corn and black beans. We spoke with Morris in one of his fields about his experience with this organic cropping system and he gave some insight into how he got started using cereal rye as a part of his soybean production. 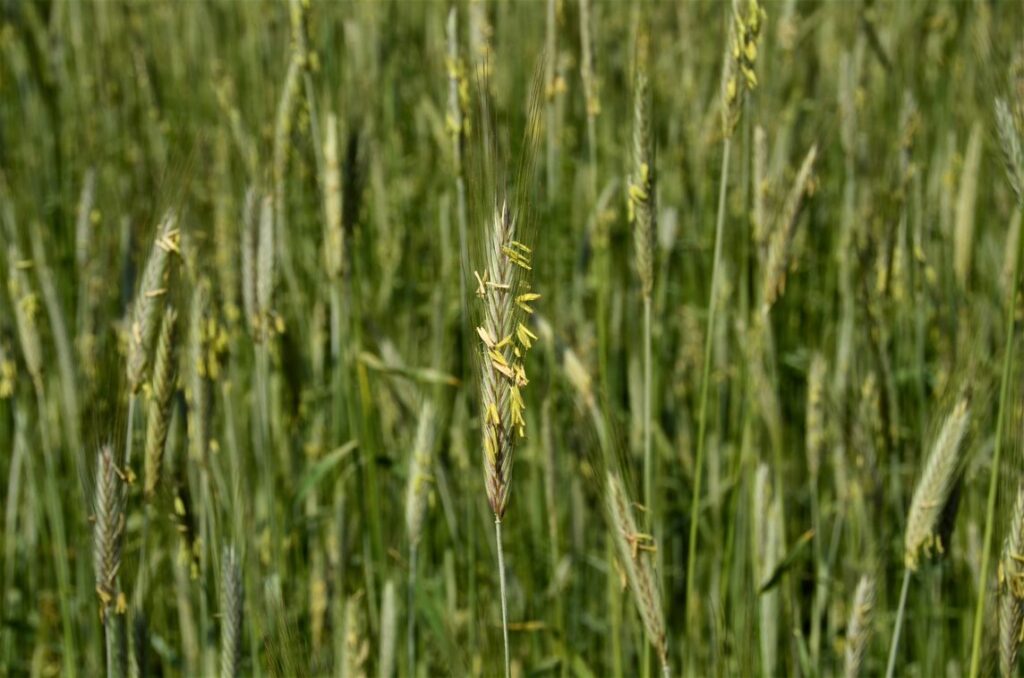